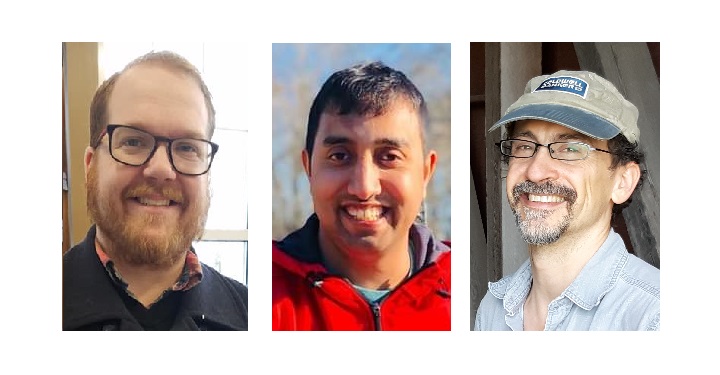 Back in the spring, as the coronavirus was upending all our lives, my friend Matt Johnson reached out to me online.

Matt works for Church World Service, the nonprofit that oversees the majority of Lancaster County refugee resettlements. He and Bhim Thapaliya, a young leader in the Nepali refugee community, had come up with an intriguing idea for fellow immigrants whose college or high school studies had been interrupted by Covid-19.

Years ago, in a refugee camp, Bhim had participated in a journalism training course through a United Nations program. He found it valuable and deeply meaningful, and thought a similar program in Lancaster would be well received.

Frequently, refugees' stories are told by others; even when reporters have the best intentions, there can be gaps, misrepresentations or misunderstandings in what is conveyed. Through journalism, refugees can take the reins and claim their own narratives, effectively communicating their own viewpoints and setting their own priorities.

Together, the three of us hatched the Refugee Youth Journalism Project. I drafted a six-session "Journalism 101" syllabus; Matt and Bhim recruited students and raised the necessary funding.

Here the articles created and published to date as part of the Lancaster Refugee Youth Journalism Project.

Bhim is the founder of a nonprofit, the Act for Humanity Foundation, which applied for and received a Love Your Block grant from the city of Lancaster. Matt contributed money raised from the trivia contest series he emcees, the Dipco Trivia Spectacular.

We launched in June via Zoom. Our students, three from Nepal and two from Kenya, were wonderful: thoughtful, inquisitive and perceptive. We covered a lot in a short time: Media literacy, story structure, the ABCs of interviewing, attribution, editing, even the basics of photojournalism.

I was especially happy that we could bring in several special guests. Milzy Carrasco, the director of Lancaster city's Office of Neighborhood Engagement, talked about the Love Your Block program, community engagement and the importance of communication in creating connections and motivating positive change.

A former colleague of mine, Stephanie Farr, now with the Philadelphia Inquirer, is one of the most talented writers of human interest stories I know. She lit up with passion as she described researching the people she profiles in her award-winning "We the People" series.

Our final guest invitation was inspired by the topic that kept recurring in class discussions: The conflicts young people face when they have one foot in traditional culture and one in modern mainstream society.

To my delight, renowned sociologist and Amish expert Donald Kraybill agreed to join us to explore that issue. The discussion that ensued was enthralling, as the soft-spoken scholar outlined a framework within which the students could immediately see their lived experience.

Following our class sessions, three students completed a capstone project: Researching and writing a full-length feature article on a topic of their choice. You can find links to them in the gray "breakout" box in the middle of this story.

I am thrilled to debut their outstanding work here on OneUnitedLancaster.