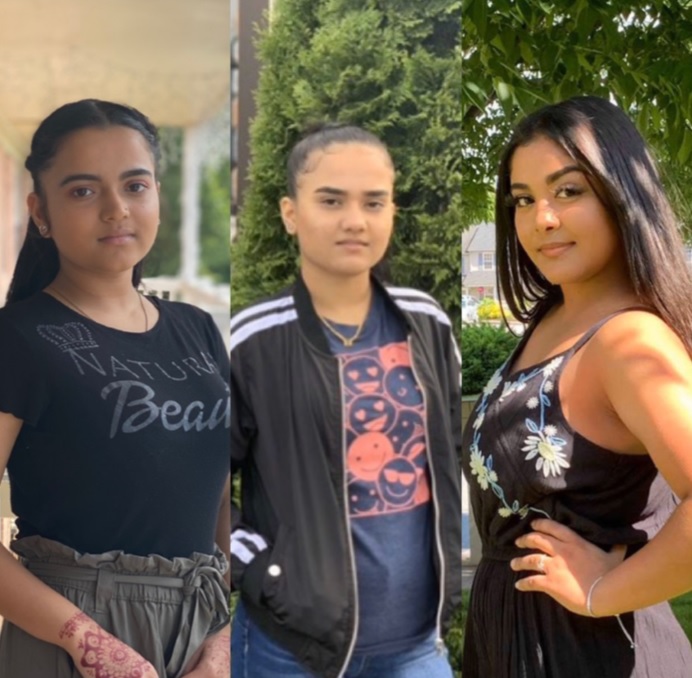 (Editor's Note: This article was researched and written by Apsara Uprety as part of the Refugee Youth Journalism Project.)

Goma Uprety, a 42-year-old immigrant from Nepal says “I don’t cook for my husband or my inlaws. I am not supposed to touch cooked food that other than myself will eat, and I have to be super careful about what I touch and don’t touch.”

Goma is not describing her life since the COVID-19 pandemic struck the area or precautions she takes to mitigate the disease. She is talking about the set of cultural practices she is expected to follow when she has her period.

Historically, Nepali culture has treated menstruation as taboo and menstruating women as unclean. Even today, in the Nepali immigrant communities of Lancaster, PA, women are forbidden to cook during their period or even touch their husbands and brothers. But increasingly, many women are coming to believe the tradition is unfair, and are pushing back against it.

According to the National Center for Biotechnology Information, also known as NCBI, “In… Nepal, menstruation is considered taboo, an event of stigma and sin.”

“Anything touched by a menstruating woman is deemed impure and needs to either be discarded or purified in some ways” added NCBI.

Women in some parts of the country were not allowed to stay inside their homes and were sent to live in menstruation huts, known as chhaupadi, until the Nepali government outlawed the use of chhaupadi in 2005. Though this practice isn’t in place anymore, the stigma behind it remains and it was still part of most women’s lives in the very recent past.

Due to these traditions, women of Nepali descent experience a lot of negativity during their period, one of which is being called untouchable or impure.

As many Nepali women have come as refugees to Lancaster, I wanted to see if the practice followed them here, where sanitary products are widely available and there is far less stigma about menstruation.

Several interviews about menstruation taboos were conducted with Nepali women during the Henna Night of a local wedding celebration. Henna Nights are a mostly female gathering which takes place before the wedding and involve highly decorative body art.  All interviews were conducted in Nepali and translated by the author.

Bimala Dhungana, 17 and her sister Indu Dhungana, 18, both follow traditional rules and restrictions, even though they have lived most of their lives in the United States.

“We don’t know why we follow these restrictions, but we were just told to follow them the first time we got our period,” said the Dhungana sisters.

Indu, a high school graduate added, “They want us to be educated but they don’t know the root of how the stigma of being untouchable or impure even started.” “They” being referred to here is the Nepali community at large.

To the Dhungana sisters, these restrictions have become their monthly habit. Just like Goma, they can’t cook or touch the fridge and cannot serve food to all the males of the household.

Not being able to participate in religious activities, enter religious settings, or touch growing plants because of the belief that it will rot or die are also some of the restrictions the Dhungana sisters have to follow.

More and more of these women, as they come to the United States, have stopped looking at the menstrual cycle from a negative point of view.

Being from this community myself, I also used to follow these traditions. I was never told why but just that I should follow them. There was a time when I had to starve myself because I couldn’t touch the fridge nor could I make food for myself, which led me to stop following these restrictions and from considering myself impure or untouchable. Goma is my aunt and much like her, many women in my family have been following these traditions from ancient times.

“I don’t follow the rules, I did once, but I stopped,” said Smriti. She believes that “it’s unnecessary” and it makes women feel “lowly of themselves.”

In a very conservative community, like the male-dominated Nepali community, women rarely talk about what’s happening to them. This can lead to even more stigma.

“In our community or society, we don’t talk about small things or anything in particular that makes people uncomfortable,” added Bimla.

Smiriti strongly believes that “we need to know why we are doing what we are doing. Girls don’t share what’s happening to them because they are afraid their parents’ reputation will be ruined.”

“Reputation and honor are two things that stop many girls and even boys from speaking out about topics that make others uncomfortable in a society like ours,” said Smiriti.

When she first got her period, Smiriti hid it from her parents because she didn’t know what it was or why it was happening until her parents found out 2 years later. She says that if her parents or the overall community normalized talking about the period, girls at a young age wouldn’t have to be clueless, especially when they live in a household where topics like periods are ignored.

Even though this is a tradition followed from ancient times in Nepal, nobody I talked to seemed to know the exact reason behind these rules and restrictions,  but a common story going around the community is that women didn’t have sanitary products in the past, so they felt unclean going into the kitchen during their periods.

But now that sanitary products are readily available, more and more women are rethinking following some of these restrictions. Many women have begun using social media as an outlet to speak out and share their stories on how they feel about menstrual restrictions, and other topics related to women’s health and wellbeing.

Nepali communities are having a diverse range of conversations about topics that have long been considered taboo or off-limits. These include the caste system, mental health, substance abuse, and now issues like sexual assault or subjugation of women.

The menstruation taboo plays a big role in creating a stigma about a woman in general. These stigmas about periods can have lasting consequences for women’s self-worth and sense of value. Whether or not women follow the traditional restrictions is not nearly as important as being able to have open, honest conversations about uncomfortable topics.

Apsara Uprety, 20, came to United States in 2011 and has been living in Lancaster since then. She is a junior at Millersville University, where she is a double major in Social Work and English Education, focused on English as a Second Language. She hopes to one day work with immigration children and adults in a school setting.