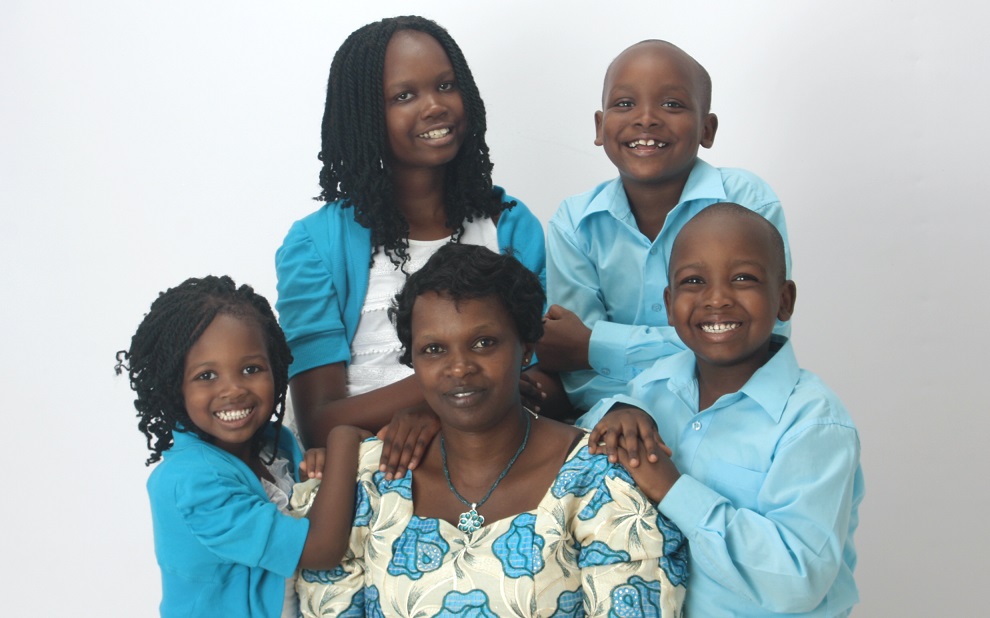 (Editor's Note: This article was researched and written by Bobbie Kemoi as part of the Refugee Youth Journalism Project.)

Hannah and Peter Kemoi had come to the United States from Kenya in 2003 and settled in Philadelphia. They had four children together, all born in the states.

“He was the breadwinner, [the] main source of financial security,” Hannah said.

Now she is a single mother.

Multiple situations can result in a single-mother-led immigrant family. This includes, but is not limited to, being widowed, divorced, long distance (as a result of fleeing the native country), father absence, rejection/negligence, etc.

One can only imagine the toll it can take on the emotional and psychological wellbeing of these women and children, especially when it is on top of being a refugee or immigrant raising children in a foreign country.

I believe that not only we should be aware of these situations, but also help them/support them mentally, emotionally, and physically.

I know first-hand how hard it can be, because Peter was my father and Hannah is my mother. Our lives changed dramatically after my father’s passing.

'I had to be strong'

Hannah did not have a job prior to the accident. She was in her second year of college, and she had just registered her cleaning business. Everything had to be put on pause due to the circumstances.

Meanwhile, during the crisis, she also had to deal with grief, not only her own but her children’s.

“Each and every child was grieving differently,” she said. “I was supposed to be there for them. This was really tough because I had to be strong in order for my kids to be strong. [To help with] homework, cook, clean while grieving was hard.”

As a single mother with four kids and all those responsibilities, how did she support her family financially?

In addition to receiving support from the Pennsylvania government, she had a strong support system through friends, family, and the Kenyan community. Specifically, the members of the Kenyan Christian Fellowship in America, or KCFA, which she is a part of.

The fellowship is a nonprofit Christian organization that allows Kenyans of all ages, or people of Kenyan descent, to connect. There are chapters all over the United States.

The organization is known for helping their own when there is a need. This was a lifesaver for Hannah, because the rest of her family lived back in Kenya.

There are separate “departments” for men, women and children. The local chapter men’s and women’s departments supported Hannah and her family.

They not only helped financially by buying groceries, but helped mentally and emotionally. The women helped her by just being there for her and checking up on her.

My mother and I agree that the challenges and trials she has gone through have made her strong, because she has learned a lot and she can support other single women. She said sometimes when she looks back she cannot believe how she has made it this far taking care of the children as a single mother.

“Trusting in God with the future, and living by faith, has been my strength,” she said.

Bora is another strong single mother and refugee who lives in Lancaster. (To protect her privacy, she declined to let her last name be disclosed.)

Bora is a refugee from the Democratic Republic of Congo who lived in a refugee camp in Tanzania. She came to Lancaster through the Refugee Resettlement Program with her three young children, ages 1 to 5.

Her husband had to remain behind.

Living in Lancaster alone has been a struggle for her. Like Hannah, she has to cook, clean, and take care of her children while working at the same time.

She receives support from the Pennsylvania government too. She also gets emotional help from some of her friends in the United States.

“We just talk, but I do not receive financial support, only emotional support,” Bora said through a translator in Swahili.

Being a single mother has affected Bora mentally. She is the main provider so she has to take care of her kids by herself. She feels stressed because of this, and because she has to worry not only about herself.

Her children are also affected. They would ask Bora, “Where is Daddy?” because they are confused why their father is not with them.

She is waiting for her husband to come to the United States so that they can be together.

Bora thinks that if her husband comes to Lancaster and they are reunited, everything will be okay for her. Her life will be easier and more stable. Until then, however, she is alone.

It certainly can, says Dr. Daisy Chebbet, a clinical psychologist at Gettysburg College, but “it does depend, because everyone is different.”

“There are risk factors that will make it more likely that single mothers will have mental health issues, like being new to a country, [having] no support, and no connections.”

Additionally, Chebbet said that there may be a different effect with refugee/immigrant single mothers. When children see a parent struggle, they are affected, since that is their main support.

Chebbet says being a single mother can affect the development of children whether it is psychologically, physically, emotionally, or socially. It does make an impact.

Both Hannah and Bora said there should be greater awareness of the challenges of single motherhood so the public can disregard the stigma around it and help the single mothers in their own community.

Chebbet says that in order to bring awareness to this cause, we should listen to single immigrant/refugee mothers as much as we can. She said that we should “not assume” that they are okay. Instead, “keep in contact, be invested in their day.”

She also says the older refugees/immigrants who have stayed in the country longer should “draw from experience” and communicate with the single mothers.

Investing more money and providing more services to single refugee/immigrant mothers would allow more equal access to education, jobs, therapy, social workers, interpreters, and so on for those single mothers that cannot afford it.

Bora and Hannah both said, “We want to be heard. We need to be listened to.”

Bobbie Kemoi, 16, is a high school junior. Her parents, who are from Kenya, came to Lancaster from Philadelphia in 2016. These days she has been attending school, participating in school clubs, and doing her schoolwork. In her free time she likes to draw, read books and watch Netflix.