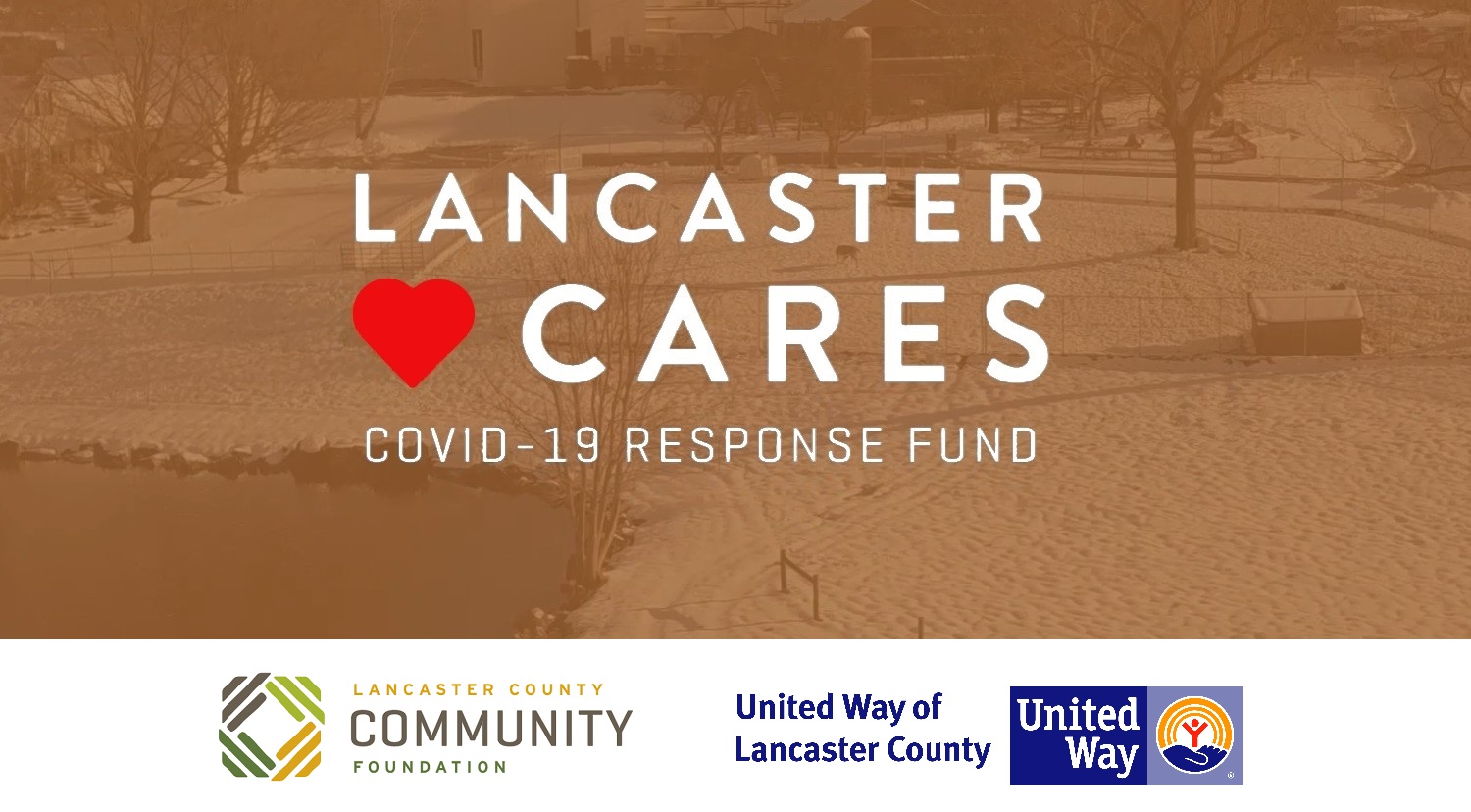 Sam Bressi was as surprised as anyone at how fast the coronavirus became a deadly reality for Lancaster County.

For the Lancaster County Community Foundation’s president and CEO, the virus still seemed far from being a threat locally in February.

“And then Dave Koser, my programs director, comes to me in early March and says, ‘We might have to reactivate Family Aid,’” Bressi recalled. “I told him not to panic, let’s see where this is going.”

It didn’t take long. The stock market plunged more than 2,000 points that week and suffered another huge loss a few days later.

People were suddenly out of work, Lancaster's streets emptied, and the fear caused by the global pandemic was palpable.

“I remember just being shocked when things closed down and we were expected to leave our offices,” Bressi said. “I had never been away from my office for more than two weeks, ever.”

The foundation responded to the crisis by partnering with the United Way of Lancaster County to create the Lancaster Cares Covid-19 Response Fund.

The fund set a goal of $1 million, and reached it with the help of 760 generous donors. As of mid-October, Lancaster Cares had distributed  $791,814, providing 107 grants to 78 organizations serving critical needs in food security, housing and social services.

A history of helping

Since 1924, the foundation has invested more than $100 million in community benefit organizations, the groups that give direct support to local families for housing, food, medical needs and other assistance.

Although the virus outbreak was totally new, the foundation and the community had gone through a similar situation before.

“When the stock market collapsed and the world was falling apart in 2008-09, the board and the staff rose to meet some of our community’s greatest needs,” said Bressi. “Even though as an organization we lost a ton ourselves, we knew we had to be there with resources for those who needed help just to survive.”

The program the foundation set up then was called Family Aid, and it helped many local families make it through the economic crisis. It turned out to be a watershed moment for the foundation as well.

“We built credibility and relationships with other organizations during that time,” said Bressi. “We learned that front-line workers don’t just live paycheck to paycheck, some live tip to tip, day to day, and when things get rough, they are right on the edge.”

The first call Bressi made to activate a plan to help the community survive the pandemic was to United Way of Lancaster County.

Ressler readily admits he had personal worries for the health of his young family during the virus’ spread, but he didn’t let it alter his focus. “In fact, I knew I had to model the picture of calm to be the kind of leader that could get others to rise up and face these challenges with me.”

Together, Bressi, Ressler and their staffs came up with the Lancaster Cares fund to address food, housing and other emerging needs.

The Community Foundation provided $250,000 in seed funding and together with United Way, began asking the business community to pitch in. Meanwhile, they pulled in the Central Pennsylvania Food Bank, the LanCo MyHome homeless coalition, Community Action Partnership of Lancaster County (CAP) and Tabor Community Services to address critical needs like food, housing and utilities.

Bressi said before they opened the fund to requests, they didn’t know, metaphorically speaking, if they were building a bridge over the Susquehanna River or the Atlantic Ocean. It turned out to be the latter.

“Within weeks we started with about $500,000 in the fund and we received requests exceeding $160,000 in the first week,” said Ressler. “I was concerned the need was going to outpace the resources.”

The vast majority of the grants were made through the “Rapid Response” grant process, designed to direct funds week by week to emerging needs. They accounted for a little over $426,000.

Lancaster Cares gave money to The Factory Ministries to provide homegrown produce to people in need. It gave to Aaron’s Acres to provide in-home education for children with disabilities. It helped HDC MidAtlantic assist tenants who had lost their jobs and funded a telemedicine system at the Lancaster Health Center for low-income patients to continue to get medical care.

It resourced meals for out-of-school kids through the Boys & Girls Club, provided funds for food and housing in the Ephrata area and meals for clients of Milagro House — to name just a few.

"The idea is that they are collaborative projects that allow for maximum impact throughout the county," he said.

In addition to the Rapid Response program, Lancaster Cares made these grants in support of broad-based and multi-agency initiatives:

'A light in the darkness'

Bressi called Ressler and other partners “rock stars” for being able to identify and address the most pressing needs during the ongoing crisis.

“It’s been stressful and at times overwhelming, and sometimes I ask myself can I stop playing my (brave) role yet,” Ressler said with his trademark rolling laugh. “But we go on, and know that every time we get a chance to support a family or an organization, it’s helping the community as a whole.”

Bressi recognizes their efforts, which in addition to large donations from corporations found support down to $5 and $10 donations from individuals, were much less than the federal government was able to provide in sheer dollars through the CARES Act.

“But it’s shocking how far a small grant can go to provide some semblance of normalcy for struggling families,” he said.

Ressler added, “the genius of our grants was flexibility to emerging needs that the government grants aren’t always acutely focused enough to provide to the nonprofit sector. Too often, we forget that nonprofits are businesses too, and they were also really hurting.”

Bressi continued: “The title Lancaster Cares says it all. It’s people in Lancaster County who were able to care for others in their community as best we can during these times. It’s truly been a light in the darkness.”

Lancaster, like Pennsylvania and the nation at large, continues to wrestle with controlling the virus and rebuilding the community.

United Way of Lancaster and Lancaster County Community Foundation humbly admit that they “don’t know what we don’t know” about whatever comes next, Ressler said.

“But we know that as we close out the first part of our response, we will remain vigilant in working with and through the community’s safety net to respond and react to the evolving needs Lancaster faces.”

Susan Baldrige is executive director of the Partnership for Public Health.