A Lancaster Parking Authority vehicle driven by Executive Director Larry Cohen breaks a piece of caution tape as a “ribbon cutting” to mark the opening for business of the Christian Street Garage on Monday, April 25, 2022. Initially, access is limited to monthly leaseholders. (Photo: Tim Stuhldreher) 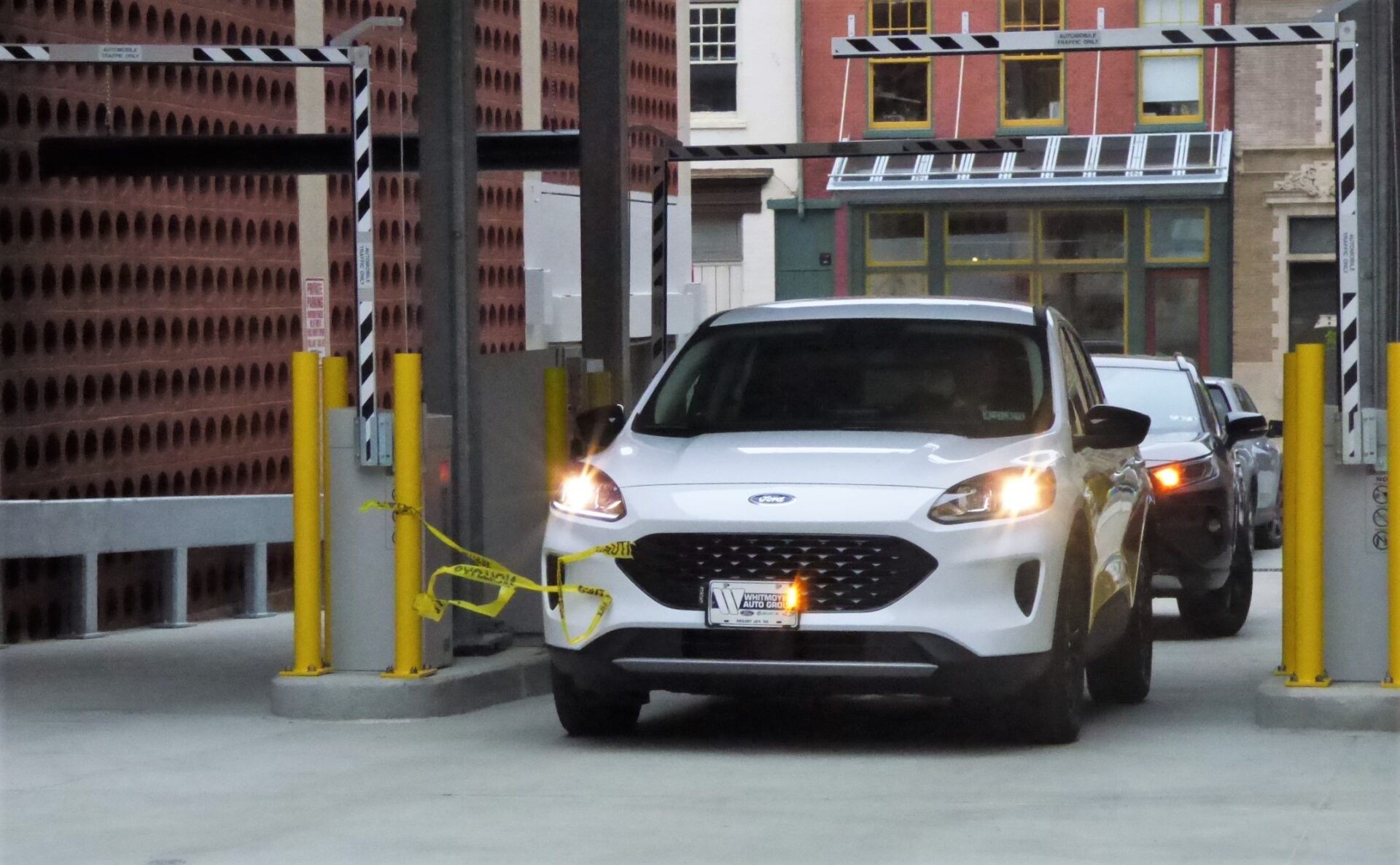 A Lancaster Parking Authority vehicle driven by Executive Director Larry Cohen breaks a piece of caution tape as a "ribbon cutting" to mark the opening for business of the Christian Street Garage on Monday, April 25, 2022. Initially, access is limited to monthly leaseholders. (Photo: Tim Stuhldreher)

For Larry Cohen, executive director of the Lancaster Parking Authority, the Christian Street Garage overlooking Ewell Plaza in downtown Lancaster has been "simply the most difficult and challenging project to manage of my career."

So Cohen was understandably pleased to hold a ceremony Monday morning to mark the garage's debut. He welcomed stakeholders and dignitaries including Mayor Danene Sorace, the three county commissioners, parking professionals from other cities and representatives of the firms involved in the project.

Initially, use of the garage is limited to leaseholders. It's expected to open to the general public in mid-May after its elevators receive their final inspection and are activated. 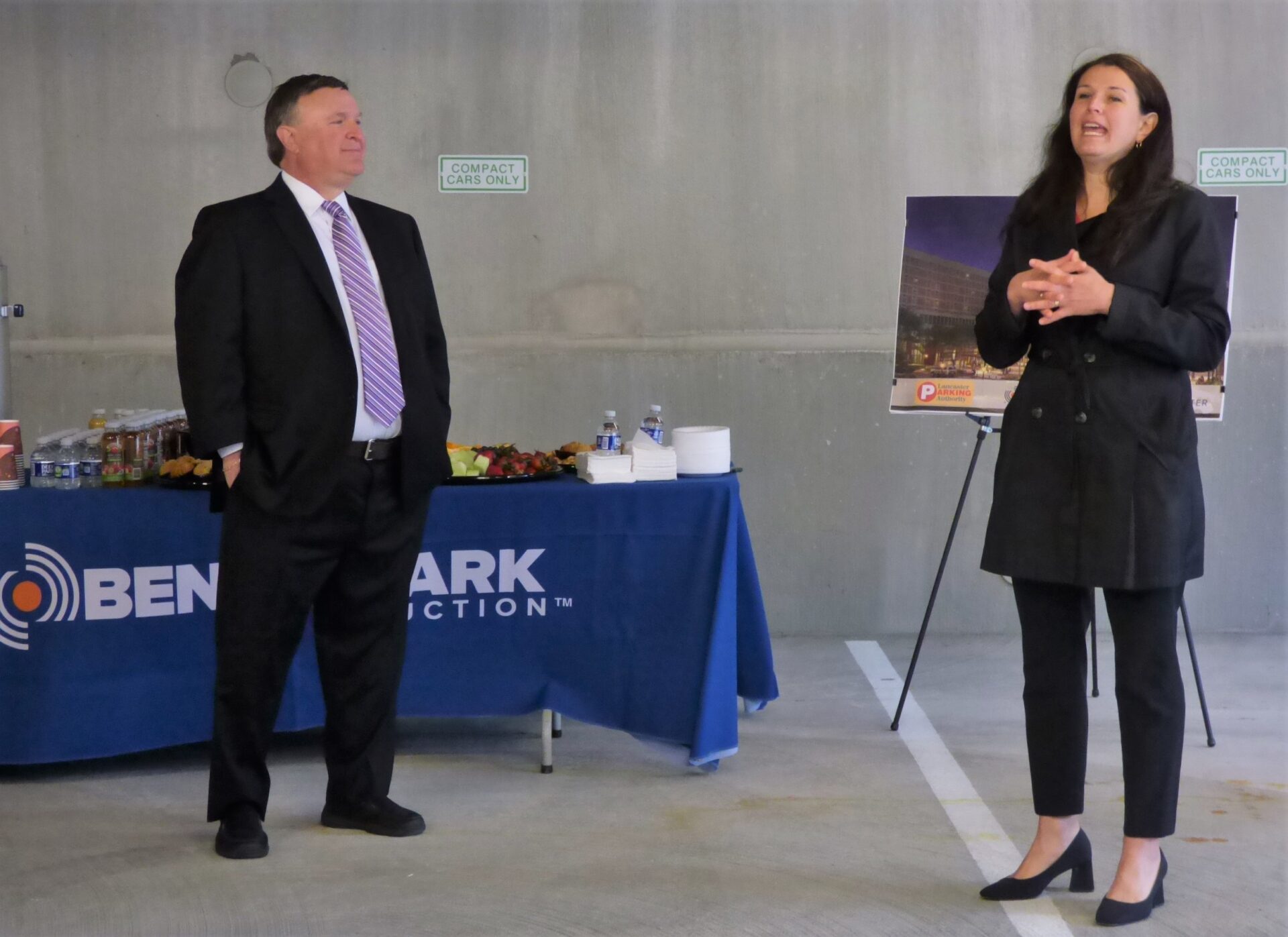 The new garage provides 359 parking spaces for the properties around it: 101NQ, the Holiday Inn Lancaster and other downtown businesses. People will also park there to visit the Lancaster Public Library, which has been provided a two-story, 40,000-square-foot "shell space" that it will fit out. A 4,500-square-foot retail building abutting the Holiday Inn Lancaster is the third component of the parking authority's $34 million endeavor.

The library's entrance opens onto Ewell Plaza, with the garage rising above it. That arrangement presented complex engineering and construction challenges, and the Covid-19 pandemic brought delays, parking revenue losses and a spike in construction costs. In 2020, the authority had to borrow an additional $5 million to cover the budget increases.

Another headache was the intense controversy over the public art planned for the garage's Ewell Plaza facade.

"I had many sleepless nights, contemplating if this project could even be pulled off," Cohen said.

Work on the library interior is planned to start this summer, said Andy Gilburg, vice president for the higher education and specialty commercial sectors at Benchmark Construction Co. The library, which will occupy the space rent-free, hopes to move in from its Duke Street location in early 2023. Last year, library leaders estimated the cost of finishing and equipping the new building's interior and moving at around $8 million.

Meanwhile, with the garage project completed, Lancaster city can proceed with the renovation of Ewell Plaza, which it owns. The city expects to finish by Labor Day, Mayor Danene Sorace said.

Nine years ago, the city made the revitalization of Ewell Plaza, then known as Lancaster Square, the centerpiece of its application for the state's City Revitalization & Improvement Zone program, which redirects certain state taxes to fund redevelopment. CRIZ proceeds from 101NQ businesses and potentially from Holiday Inn Lancaster are being used to cover the parking authority's debt service for the garage financing.

The city and its partners have accomplished a milestone, Mayor Sorace said: Reactivating a city block that was a detriment to downtown Lancaster for half a century.

"Parking is an absolute essential ingredient to the success of downtown," but it's not the only objective the Ewell Plaza project is achieving, she said: "... All of this is so much more than a parking garage." 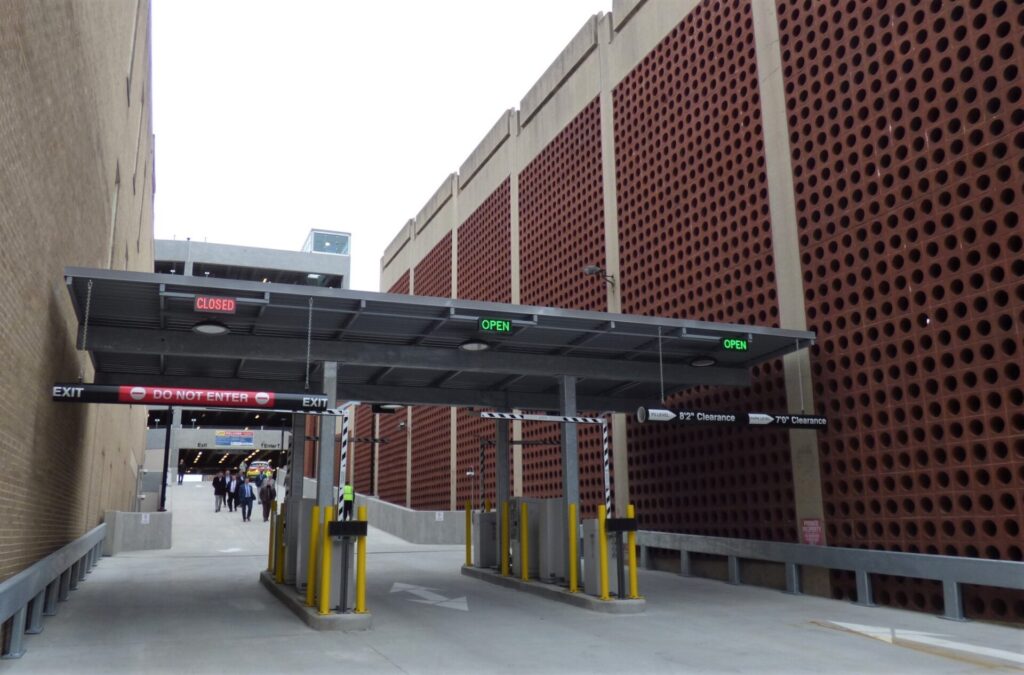 The entrance to the Christian Street Garage on North Duke Street. 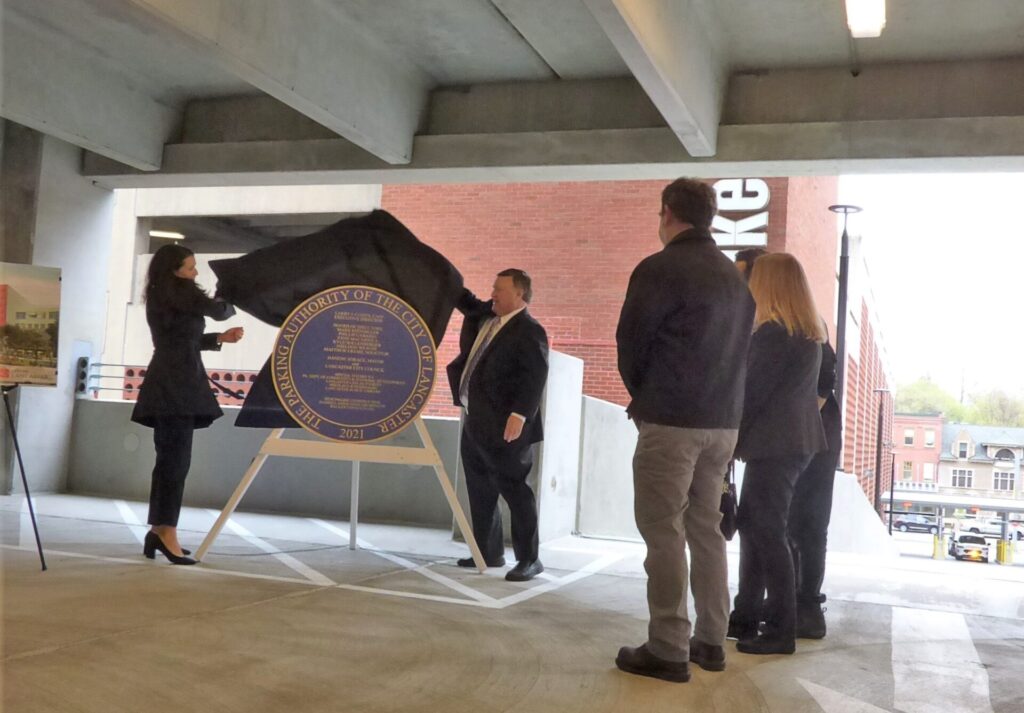 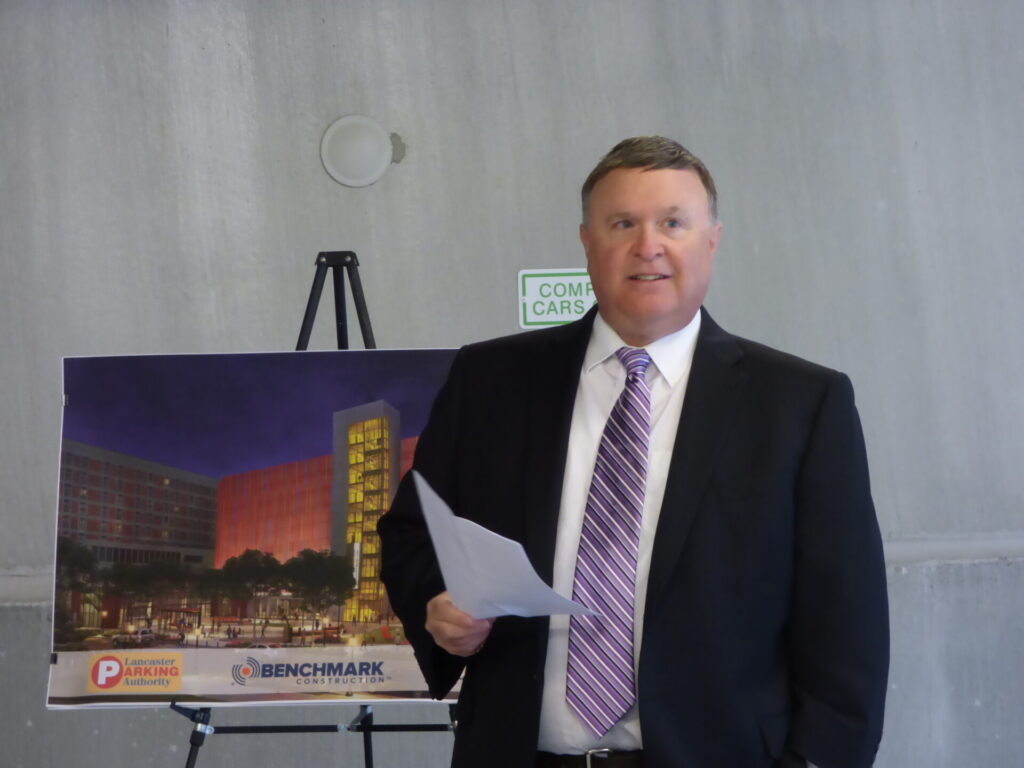 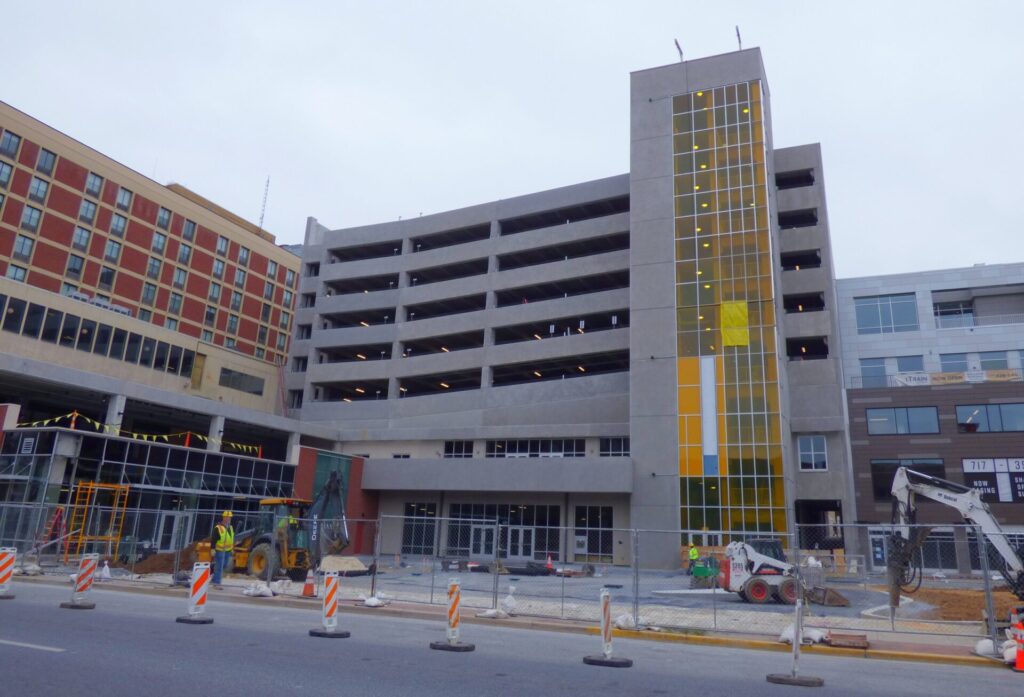