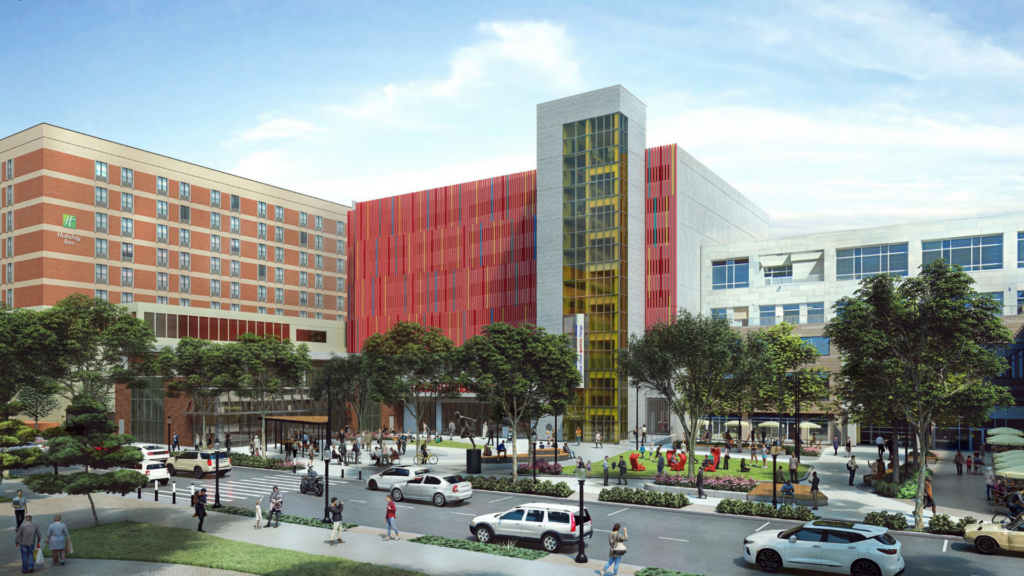 The unanimous voice vote took place without discussion or comment from board members and is the final public approval needed for the project to move forward.

Related: Christian Street Garage will open to leaseholders before the general public

The plan to install multicolored vertical tubing on the facade has been controversial. Opponents have been vocal, calling the design tacky and at odds with Lancaster's aesthetic, and condemning the choice of a Miami-based design team as an affront to Lancaster's own thriving artistic community.

Former Mayor Art Morris is one of the leaders of the Barney Ewell Legacy Committee. It spearheaded the push that led to the plaza being renamed for the champion Olympic sprinter, whom Morris knew personally.

Before Thursday's vote, he told authority members the art "smothers rather than enhances the memory of Barney Ewell" and is a flat contradiction of the modest, unassuming demeanor Ewell maintained throughout his life. Approving it, he said, "is at best awful and at worst outrageous."

Former LNP executive editor Ernie Schreiber said the plaza's misguided redevelopment half a century ago was pushed through by officials ignoring public opinion to build something no one liked. Now, he said, "history is repeating itself."

If the project planners were serious about honoring Ewell, he said, the sprinter's portrait and art arising from Lancaster's own Black and other minority communities would dominate, not "Miami glitz."

In a recent blog post recapping the project's history, the city said a local selection committee deemed R&R Studios the best fit based on a range of criteria that included "a proven track record delivering similar projects safely and on time and on budget."

R&R presented three variations on its design last fall, and members of the public could vote online on their preference. The one offered to the board Thursday was the overwhelming winner, though many commenters said it was merely the "least objectionable."

In its post, the city notes the final design has "evolved" from R&R's first draft and says the Lancaster Public Library, which will occupy the first and second floors below the garage, "will benefit from a bright beacon that announces [its] presence and invites people in to experience and learn."

The public art component has been split off from the rest of the garage project. The contract to build the art will be bid out shortly, parking authority Executive Director Larry Cohen said.

It's too soon to say if actual construction costs will come in over or under budget Cohen said: The latest design, which features four tiers of shorter vertical rods rather than a single array of long ones, will be easier to fabricate and install, but the pandemic has raised costs across the board.