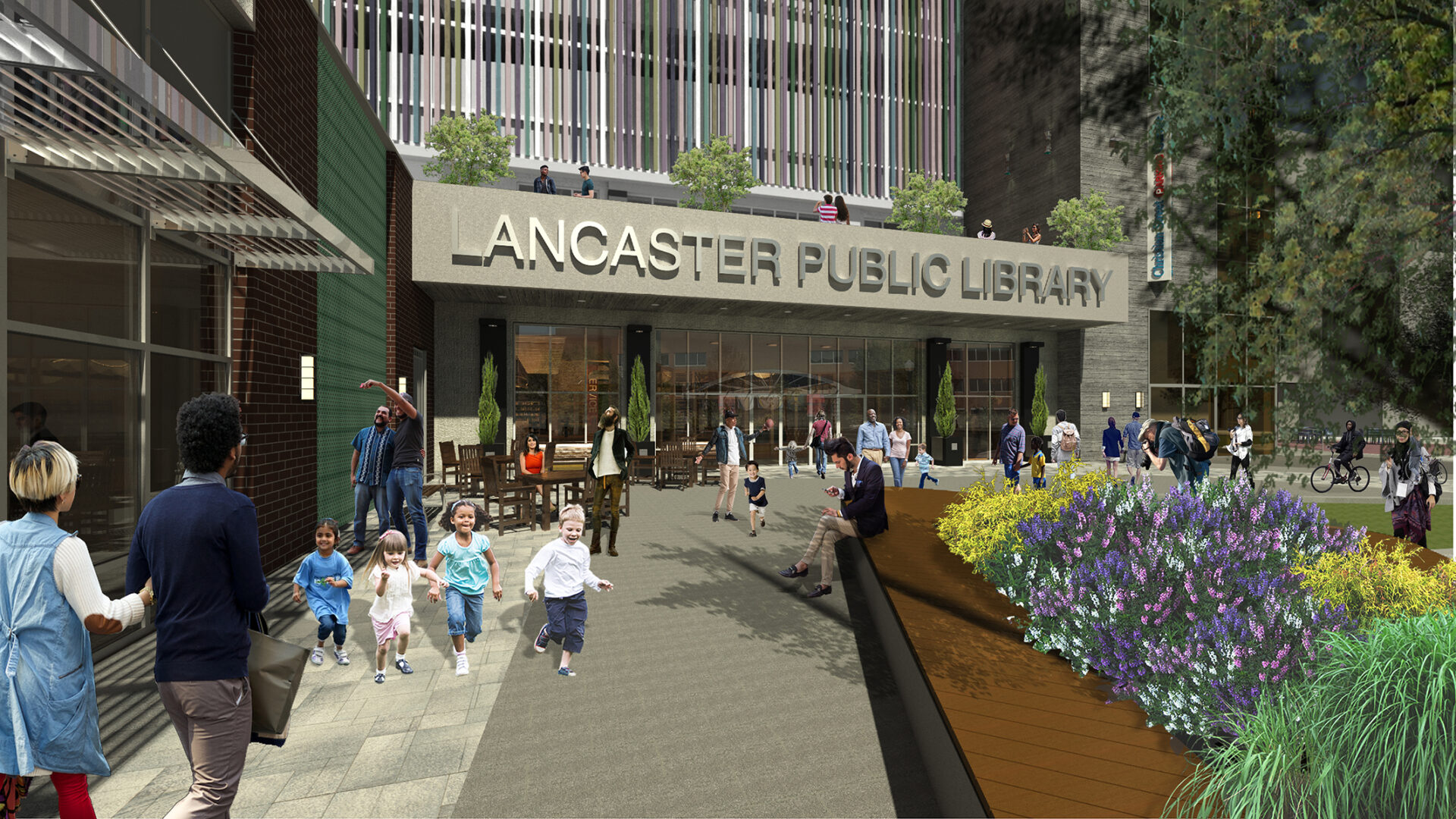 The price tag for the Christian Street Garage at Ewell Plaza, future home of the Lancaster Public Library, has risen by 20%, City Council learned Thursday night.

The new project cost is around $35 million, she said. That's up from $29 million at the time the project was financed, and up by 50% from when it was announced.

Moreover, the garage will have about 325 spaces, rather than the 355 to 360 spaces previously expected, according to authority executive director Larry Cohen.

Already under way, the garage is being built by the parking authority on the east side of the plaza between the Holiday Inn Lancaster and 101NQ, with plans to reach substantial completion in late fall 2021.

Debt service on the project is to be paid from revenues generated by the Holiday Inn and 101NQ and made available through Lancaster's City Revitalization & Improvement Zone program.

To cover the bulk of the additional cost, the authority plans to borrow an additional $5 million. The remainder will be covered with more than $1 million saved by refinancing a 2016 bond issue.

Officials said the original financing plan had a significant cushion —significant enough that there should be enough additional CRIZ revenue from the two adjacent properties to cover payments on the new borrowing.

If there isn't, the board that oversees the CRIZ can authorize the use of additional funds from the program that aren't otherwise allocated, CRIZ acting executive director Randy Patterson said.

Much of the higher cost is due to ripple effects of the coronavirus crisis on the construction industry, Cohen, the parking authority executive director, told OneUnitedLancaster.

In particular, bids for precast concrete are made based on specific timetables and dates. When those change, it impacts the cost, he said.

Another complication had to do with errors made in the land survey, which had to be rectified, leading to delays and added costs, Cohen said. That also led to the reduction in the number of parking spaces.

The authority is planning to seek reimbursement, which could be as much as $1 million, he said.

Fortunately, current interest rates are exceptionally low, offering a "very attractive borrowing opportunity," said Jay Wenger of Susquehanna Group Advisors, the firm advising the parking authority on the bond. It thus makes sense for the authority to issue debt now, rather than wait to see what happens down the road after the November election.

The bonds will be sold on the open market, with Boenning & Scattergood as the underwriter, Wenger said.

When the authority issues bonds, the city guarantees them. City Council plans to introduce a resolution authorizing the bond issue at its Sept. 22 meeting, allowing a vote Oct. 13.

Unveiled in October 2018, the Christian Street Garage project includes more than 40,000 square feet of space on two floors for the Lancaster Public Library, provided rent-free. Its entrance would open onto a redesigned and revitalized public square.

A separate one-story commercial building, originally envisioned as a movie theater, is to abut the Holiday Inn.

The project budget includes $600,000 for a public art project to serve as the garage's facade, an idea that led to considerable controversy in 2019 when the city's Public Art Advisory Board selected Florida-based R&R Studios to design it.

The CRIZ program allows tax revenues from businesses in a designated zone to be collected and used for redevelopment projects. While the program is expected to take a significant short-term hit from Covid-19's effect on business activity, officials expect it to rebound thereafter.

In 2019, the program returned a little over $7 million to Lancaster city. Revenue projections show the CRIZ program generating a little over $2 million a year for the garage and library project through the current arrangements with the Hotel Lancaster and 101NQ.