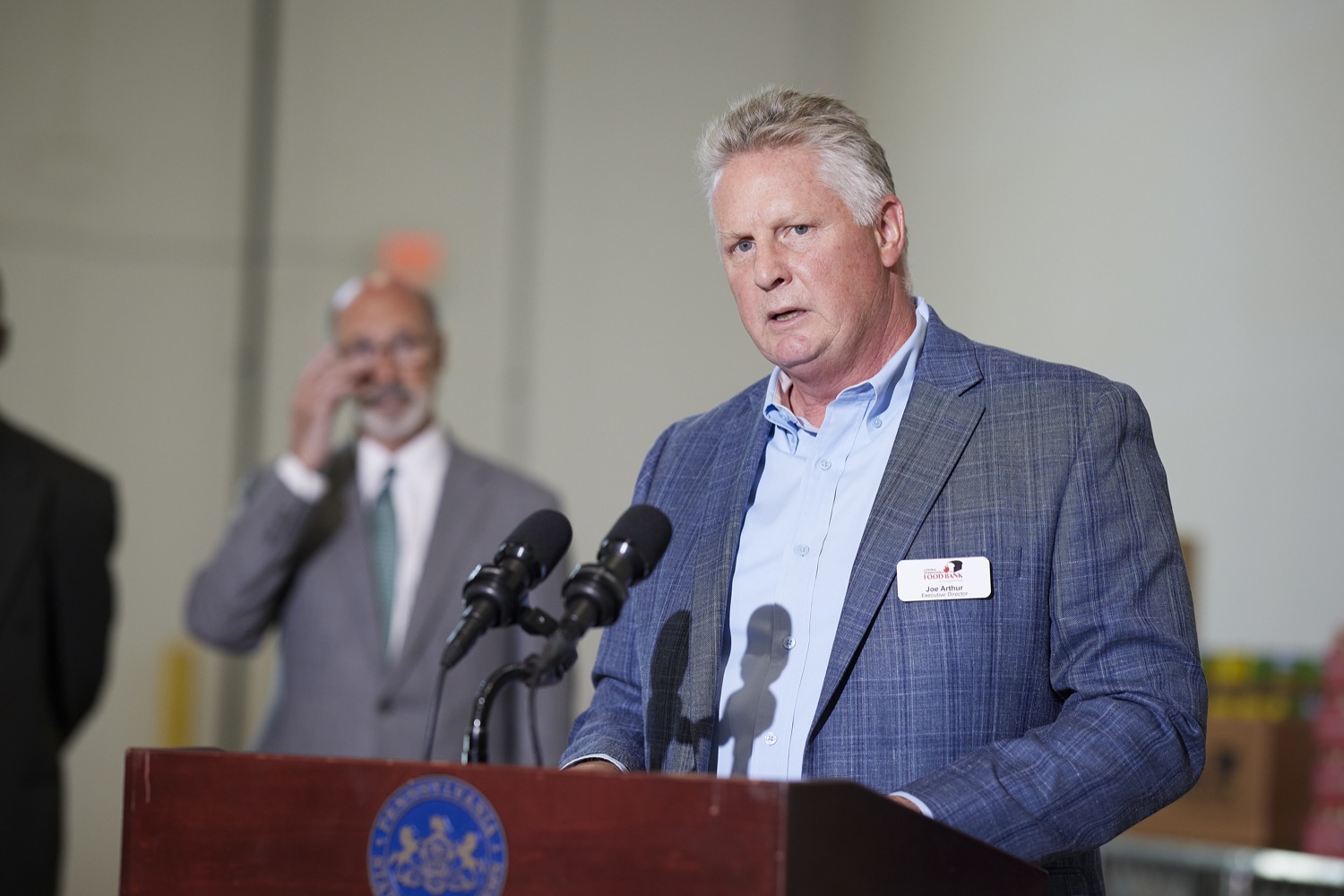 Each September during Hunger Action Month, food banks affiliated with Feeding America make a concerted effort to call attention to food insecurity around the country.

Lancaster County is part of the Central Pennsylvania Food Bank’s 27-county service area. This month, the food bank and its more than 1,300 partner agencies, including 164 in Lancaster County, held many public events and participated in several high-profile announcements.

They were joined by Vanessa Philbert, President and CEO of Community Action Partnership of Lancaster County, a Hunger-Free Lancaster partner.

The new SNAP rules increase income threshold for all applicants to 200% of the federal poverty level. The change makes an additional 20,000 Lancastrians eligible for SNAP benefits. On average, they will receive $63 a month.

Programs like SNAP and the state and county’s network of food banks and food pantries help working adults, people with disabilities, older adults and children access food so they do not have to choose between paying for a doctor’s appointment or being able to eat dinner.

SNAP helps more than 1.8 million Pennsylvanians, including about 53,500 Lancaster County residents (before the expansion announced last week), by providing money for groceries each month, helping households have resources to purchase enough food to avoid going hungry.

SNAP is our country’s most important and most impactful anti-hunger program. For every meal provided by a Feeding Pennsylvania food bank, SNAP provides nine.

Statewide, about 1.7 million public school students, including over 800,000 who were not previously eligible for free breakfast, may now receive breakfasts at no charge beginning Oct. 1.

In Lancaster County, about 38,000 public school students are newly eligible for free breakfast under Gov. Wolf’s plan, on top of the nearly 30,000 students already eligible.

This expansion is a huge step forward for the child nutrition programs in Lancaster County schools. Based on 2019 breakfast participation rates and 2022 reimbursement rates, it will bring at least $783,000 in additional financial support to public schools across the county.

The Central Pennsylvania Food Bank is encouraging school districts to consider using the additional revenue to implement alternative breakfast service models that have previously been shown to increase student participation, such as breakfast in the classroom, second-chance breakfast, and breakfast after the bell.

Greater participation in school breakfast first and foremost benefits students, who need nutritious meals to fuel their learning. It will also increase the amount of funding schools receive through reimbursements.

It calls for $275 million from the state budget to support the Universal School Meal Fund, which aims to combat child hunger and foster academic success by providing consistent access to healthy meals without stress or stigma.

The game, a project of The Foundation for Enhancing Communities, is a favorite Hunger Action Month event: A bipartisan, bicameral softball game played at FNB Field on Harrisburg’s City Island.

Sen. Martin’s team, the Youse, won in a hard-fought contest 15-13 over the Yinz, which was captained by Speaker Cutler. You can watch the game here on the Pennsylvania Cable Network’s website.

The voices of neighbors who have felt the impact of food insecurity firsthand are helping fuel a national effort to ultimately end hunger in America.

The Central Pennsylvania Food Bank asked our neighbors about their experience with hunger and food assistance to share with the Biden administration in preparation for the White House Conference on Hunger, Nutrition, and Health, which took place on Wednesday.

Input gained through listening sessions and surveys, and primary electronic client intake forms, coupled with an analysis of the American Community Survey data for our service territory was shared with Feeding America and the White House.

The research revealed a few main themes. The themes and proposed policy solutions reflect the importance of choice, empowerment, and autonomy.

The White House conference is the first event of its kind in more than 50 years. It is hoped that it will catalyze the public and private sectors around a coordinated strategy to end hunger, improve nutrition and physical activity, and close the disparities surrounding them.