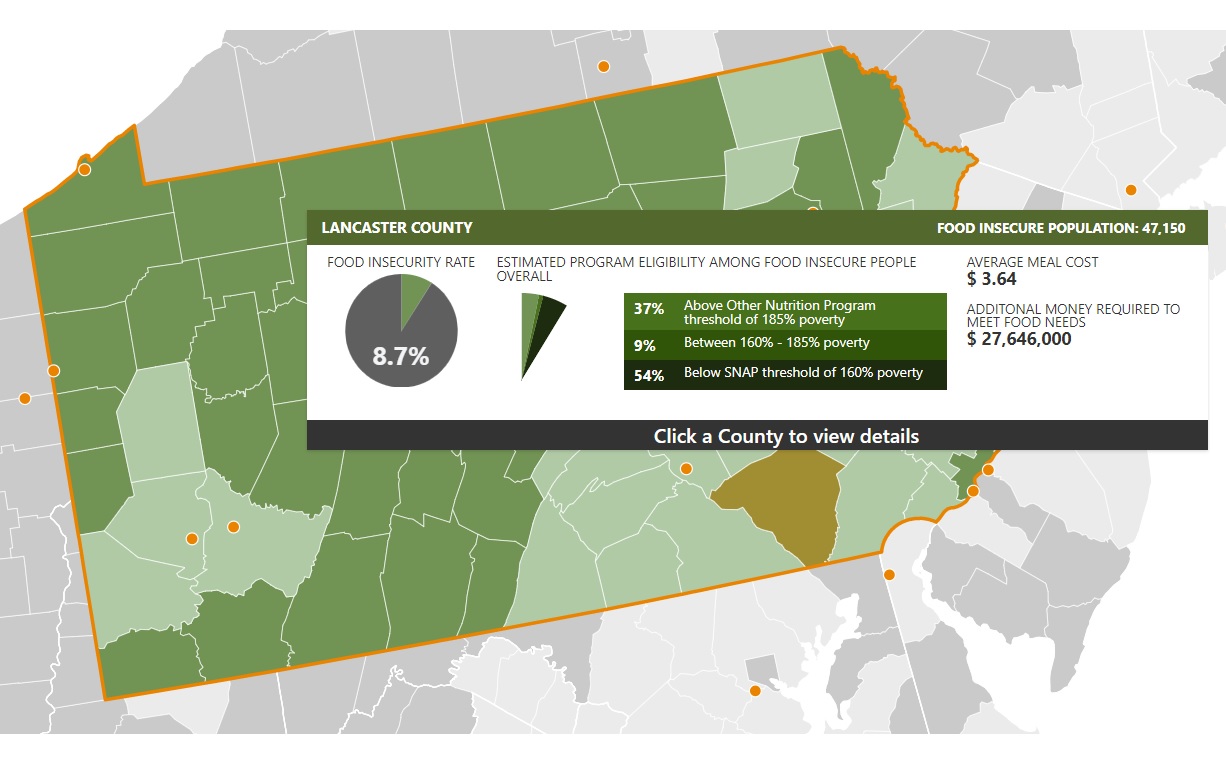 Hunger-Free Lancaster, a community coalition made up of more than 40 faith-based, non-profit, government, and corporate organizations, has partnered with the Central Pennsylvania Food Bank to undertake an extensive survey and data analysis project to map both hunger and food resources in greater detail than ever before.

Funded by the Steinman Foundation, the Lancaster County Hunger Mapping Initiative kicked off in August and will begin sharing data by the end of the year.