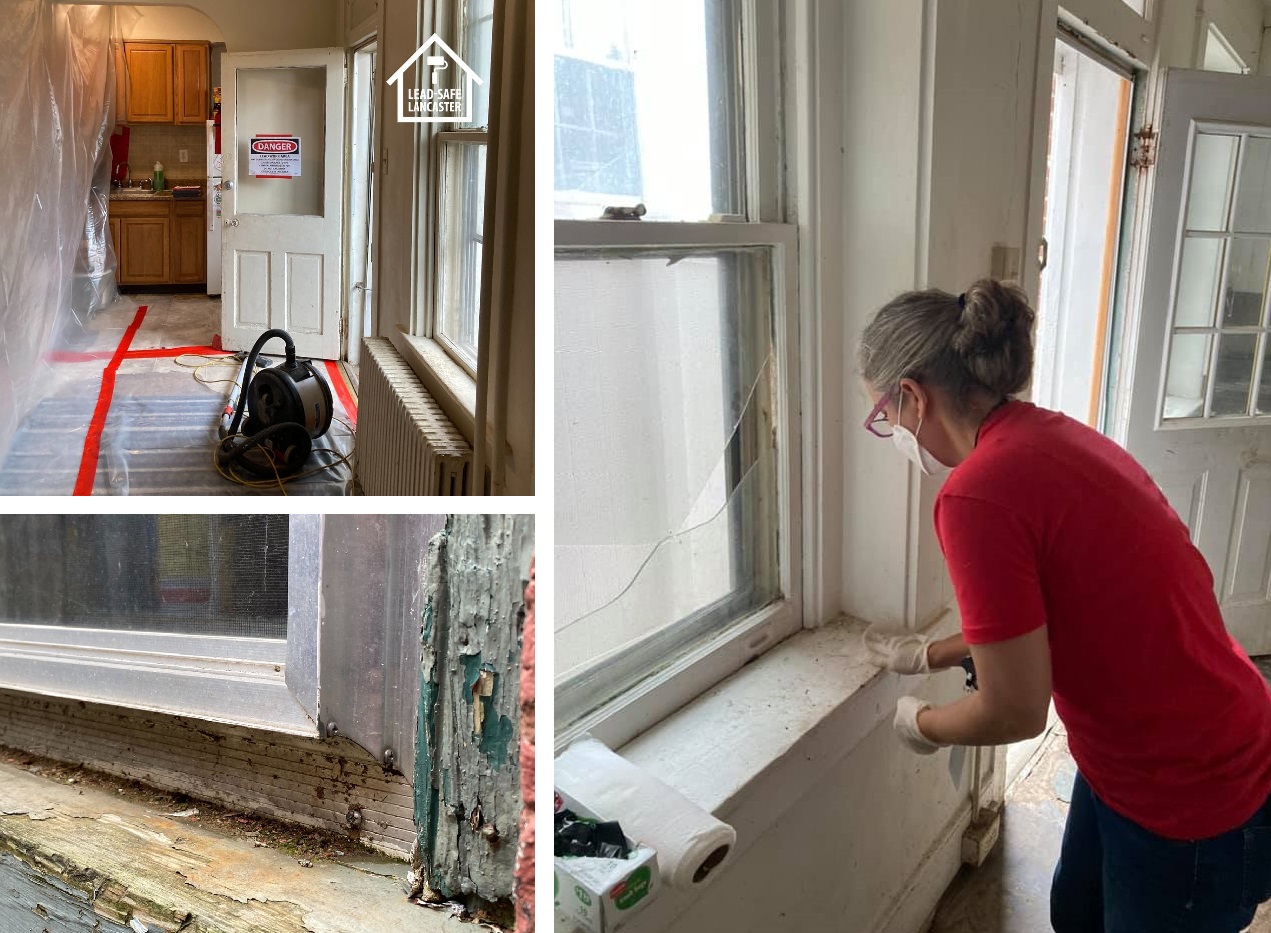 The largest arena at the Farm Show complex in Harrisburg has a seating capacity of close to 8,000.

Every year, you could fill it up with Pennsylvania children who have been newly diagnosed with lead poisoning, Darren Parmer said.

Parmer is the outgoing program manager for Lancaster city’s Lead-Safe Lancaster initiative. He estimates he has worked on 1,400 properties over his 20-year career with the city.

He is stepping down this month to take a job with the Green & Healthy Homes Initiative. His duties will include serving as field manager for Penn Medicine Lancaster General Health’s Lead-Free Families program, an initiative similar to Lead-Safe Lancaster that operates countywide.

Additionally, he will be consulting with other communities nationwide who are trying to start lead abatement and “Healthy Home” programs.

Parmer worked under Craig Walt, chief of the city’s Bureau of Lead Safety and Community Development. The bureau will be looking to hire a new program manager, said Chris Delfs, who oversees the bureau as director of Community Planning and Economic Development.

The dangers of lead

Lead paint is an ongoing public health concern in older cities like Lancaster. Toddlers can ingest peeling paint chips; lead-painted double-hung windows can rub against each other, sending invisible puffs of fine lead dust into the air.
Even small amounts of lead can cause brain and nerve damage in children. The effects are permanent and irreversible.

Lancaster County has the fourth worst rate of lead poisoning in Pennsylvania, Parmer said. In 2016, a study found that 11% of children here had blood lead levels of 5 or more micrograms per deciliter. The CDC has since lowered the threshold of concern to 3.5 mg/dL.

“That was one of my proudest moments in my career,” Parmer said.

Upon receiving the grant, Parmer and his team were tasked with remediating 710 properties in southeast and southwest Lancaster City by the end of 2024.

“If you break that down, it’s about 140 some properties a year; whereas before, we only were able to complete 100 over almost a three-year grant term,” he said.

In order to meet its benchmark, the city added five new positions to the team and sourced contractors with highly specialized skills in environmental hazards to complete the work.

For the past several years, the city has required that apartments rented to families with small children be certified lead-free. Starting in January, the certification requirement will apply to all residential rental properties without exception.

Five other cities and the state of Rhode Island received HUD lead hazard grants at the same time as Lancaster. Of the seven grant recipients, Lancaster is No. 1 in progress made to date.

Parmer attributes that to his team’s dedication and tenacity. While other grantees halted their remediation efforts in the early stages of the pandemic, Lancaster’s team continued to run at nearly full capacity.

“[Our team knew] children were spending more time in their homes, and they really put their own personal safety aside to continue interviewing residents, to continue knocking on doors, to continue going to table events to try to recruit families to get in our program,” Parmer said.

“It’s the kind of job where, when you come into work, you know you’re going to make someone’s life better,” he said. “If we’re ever going to achieve our goal of 710 units, I really feel like this is the time.”

Homeonwer Fermin Sedano Perez applied to the program after discovering that his Cabbage Hill property was riddled with lead hazards. After undergoing the abatement process, along with a few additional home improvements, his home is now a lead-free environment where his family can thrive.

Heidi Wert and William Maxey live in a 130-year-old home they own on South Ann Street. To remediate the extensive lead found there, the program provided for the installation of new doors and windows and fresh paint. Workers also installed a carbon monoxide detector.

Thomas and Yosnanqui Hauck own nine rental properties in Lancaster and two in Harrisburg. Eight of their properties qualify as Section 8 housing. The couple have been landlords for 10 years. They have had two of their properties abated and are currently in the process of securing their third.

Although he was initially skeptical of getting involved with the program due to fears that it would be a complicated process, Thomas Hauck said he was pleased with the end result and impressed by the city employees and contractors he worked with.

“My wife and I would like to make all of our properties available to be lead safe,” Hauck said. “Honestly, to offer your home to lower-income individuals, and have the lead-safe certificate, I think it’s a win-win.”

Once a homeowner, landlord, or tenant is approved for remediation, risk assessors are sent into the property to complete an inspection to identify the lead hazards.

The team then compiles the information gathered, creates a scope of work with a cost estimate and sits down with the property owners to share the findings.

The average cost of one abatement project is around $15,000 and typically includes replacing windows, doors and completing repainting work. For owner-occupied properties, abatement is free. Landlords are asked to cover 10% of the abatement cost.

“We’re not only reducing liability for a child in one of your properties, but we’re also putting in energy-efficient windows. And really, we’re pouring equity into your home to make it a safe home for families, not just the one living there, but for generations to come.”

Parmer knows the clock is counting down to the end of 2024. Any grant money not spent on abatement must be returned to HUD.

“We still know that there are so many families out there that are being affected by lead,” he said. “We know there’s so many other children out there that need help.”

(Editor’s Note: This story was updated Aug. 19, 2022, to clarify that Darren Parmer is overseeing Lead-Free Families through his role at Green & Healthy Homes; and to correct the name of Lancaster city’s Lead-Safe Lancaster initiative.)