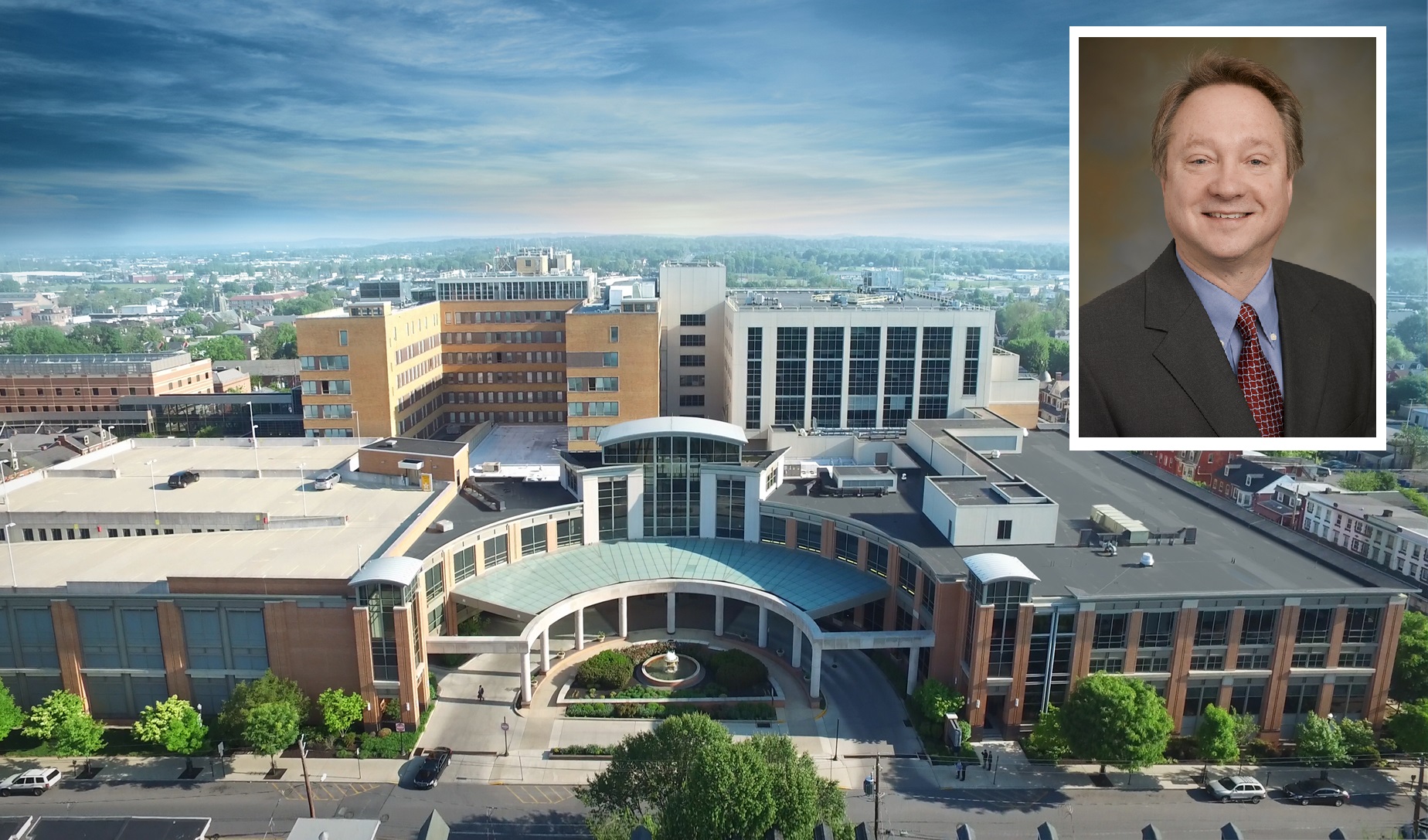 Covid-19 has been in something of a holding pattern in Lancaster County.

Since mid-May, reported new cases have ebbed and flowed between the mid-400s and the mid-700s. Average weekly hospitalizations have ranged from 20 to 40.

Deaths declined from 16 in June to no more than 4 in July. (Officials do not report exact death tallies when they are below 5, due to health care privacy regulations.)

Nationally, the situation is much the same.

Over the past few weeks, reports CNN, “The United States seems to have hit a Covid-19 plateau,” averaging 40,000 people hospitalized and around 400 dying per day.

BA.5 remains the dominant strain of the coronavirus in the U.S., accounting for 87% of new cases in the first week of August, CNN said.

To learn more about the status of the pandemic, and what people should be keeping in mind as Lancaster County heads toward the end of summer and the advent of the school year, One United Lancaster reached out to Dr. Joseph Kontra, chief of the infectious disease division at Penn Medicine Lancaster General Health.

The following has been edited for length and clarity:

One United Lancaster: What is the status of Covid-19 in Lancaster County?

Dr. Joseph Kontra: Despite the rising cases across the country, which actually have flattened out a little bit in the last few weeks, our hospital census has remained between 35 and 50 inpatients.

Those include both those who are still in isolation for Covid, as well as those who are Covid recovered, meaning that they they’re still here battling their infection, but they’re out of isolation. Those numbers have remained relatively steady through the recent rise and the BA.5 wave. (Editor’s Note: LG Health’s inpatient count includes patients who are out of acute Covid-19 care but still recovering; the state Department of Health’s inpatient count does not.)

OUL: Does that mean LG Health is getting a lot of outpatient Covid cases?

Kontra: Yes, the majority of new Covid cases that we’re identifying are indeed outpatients. Even those that are inpatients are not all that sick. We rarely have anyone in the ICU these days. Mainly, they are in the hospital on oxygen, getting some medical intervention to help them get over their infection. But for the most part, new cases are remaining outpatient.

OUL: I’m seeing a lot of news reports indicating that new cases reported are a subset of actual new cases, because so many people test at home or don’t test at all. So, we’re only seeing a small fraction. Is that your impression locally?

Kontra: I think that’s certainly true. Many patients are doing home management tests, or not testing at all, and therefore, the public numbers that are reported by the state would be underestimates of what’s actually happening.

OUL: The relatively low inpatient counts, what do you attribute that to?

Kontra: First of all, the population has some degree of immunity (due to) vaccination.

There is now an outpatient medication, Paxlovid, which is prescribed, usually pretty promptly, after a diagnosis of Covid on the outpatient side. That tends to greatly reduce the risk of hospitalization.

Kontra also said he concurs with findings that, like other omicron variants, BA.5 spreads more easily but tends to cause less severe disease.

OUL: What public health recommendations is LGH making? Are there any circumstances in which you advise masking and social distancing and all of the things we were doing before vaccines became available?

Kontra: You’re probably aware that the CDC has a new categorization for counties across the country, which speaks to the community level of Covid. Lancaster County is in the low “green” category. That’s because our percentage of staffed beds occupied by Covid patients is very low, as are the number of new Covid cases per population.

But we are still at a high transmission rate by the old CDC criteria. Anything over 100 cases per 100,000 is high transmission. And the CDC does recommend, in that setting, that people are wise to mask in crowded indoor settings. That’s our recommendation as well.

OUL: Anything else to be said about of the current status of Covid?

Kontra: We know (through) our own laboratory testing here at LGH, that we are dealing with the BA.5 variant. In parallel to what the CDC is reporting, that is now by far the most dominant variant in the United States. Something else may or certainly is likely to come along, but for right now, that’s the one we’re dealing with.

OUL: Are you expecting us to stay at this level (of transmission) through August and September?

Kontra: Every summer during this pandemic, we’ve been expecting (Covid) to be very quiet. Covid has surprised us every year by coming up with new variants that are active over the summer months. This year is no exception.

Once we get into respiratory virus season, which is September and beyond, then we would expect an uptick in cases. Since Covid has not gone away for the summer, I think it’ll probably continue to smolder at the current levels.

If a new variant comes along, we may see a little bit of a bump. I don’t expect a huge rise as we saw in January when omicron first came on the scene. But I suspect we’ll have smoldering Covid pretty much year-round.

OUL: So, we have respiratory virus season coming in, but we also have the potential for boosters that target omicron, correct?

Kontra: Those are two separate issues.

As far as the other respiratory viruses, there is always some activity. One thing that’s been different about the Covid pandemic and how it’s affected the other viruses is for example, flu season was particularly long this year. That may have something to do with the fact that the population was masking and washing their hands, so the disease did not have its usual time to burn out. Other respiratory viruses are also being seen at unseasonable times of year, often to a relatively low extent.

As for vaccines, we are anticipating that there will be a hybrid vaccine in the fall — probably September or October — which will include an omicron subvariant, probably the BA.4 and BA.5 subvariants, along with the original Wuhan strain of Covid.

The anticipation is that the combination of those two shots will provide antibody levels that will help protect the population going into the winter months.

OUL: What is the plan for rolling that out to the general populace?

Kontra: LG Health has a very large network of primary care practices and urgent care centers. The anticipation is that the vaccine will be distributed through all those venues when it becomes available.

OUL: Anything along the lines of mobile vaccine clinics, things like that?

Kontra: At this point, there’s no plan to reopen the vaccine center that was at the suburban outpatient pavilion. But we’re keeping an eye on this, and that’s something that remains a possibility. At this point, we’re really focusing on the primary care network, patients going to their primary care doctor to get their shots.

OUL: Are there new potential therapies coming down the pike?

Kontra: We’ve been very happy with the rollout of Paxlovid, the oral antiviral for Covid. It’s very effective. It reduces hospitalization risk by 90%, which is quite impressive, and it’s readily available at almost all pharmacies. Our supply is plentiful. So that’s all good news.

On the bad news side, we are losing the ability to use monoclonal antibodies to fight Covid on the outpatient side, because the variants are becoming more resistant to them. We’re down to only one outpatient monoclonal for people who are infected, and one monoclonal combination for patients who are at risk but not yet infected.

Hopefully, that will not change. But if it does, we hope we’re able to develop new monoclonal antibodies that are active against whatever the new variants will be.

OUL: If we’re looking ahead, to 2023, 2024, and so forth, it sounds like Covid is going to become just a standard component of what’s out there. Is that our best guess?

Kontra: I think Covid will be around for the foreseeable future. Remember that there are four other coronaviruses that we’ve been dealing with every winter for decades. This one may turn out to be the fifth. Covid may join that crowd.

But I would point out that Covid is not endemic yet, meaning “present at a predictable low level.” We’re still dealing with an epidemic within the United States and a pandemic around the world. Each of these new variants that comes out really represents another wave of infection that we have to deal with.

OUL: What can people do to protect themselves and protect their neighbors?

Kontra: If you are eligible for a booster, get it. If you’ve been unvaccinated, certainly get vaccinated. That’s true even if you’ve had an episode of Covid, because we know that having one episode of Covid does not necessarily prevent another one, and each episode of the actual disease that you get can leave you with long term consequences. So, vaccination is still the primary prevention.

Keep an eye on the state of the epidemic in your area. If you are around people who are sick or who are unvaccinated, or if you’re in a crowded indoor setting at a time when the community transmission rate is high, as it is right now, then certainly wear a mask.

Wash your hands. Be smart. You can do those things to protect not only yourself but also your family members, your coworkers and particularly those who are elderly or immunocompromised.

Your infection may be quite mild, but theirs may be fatal. So, it’s important that all of us remain vigilant and willing to help each other out.