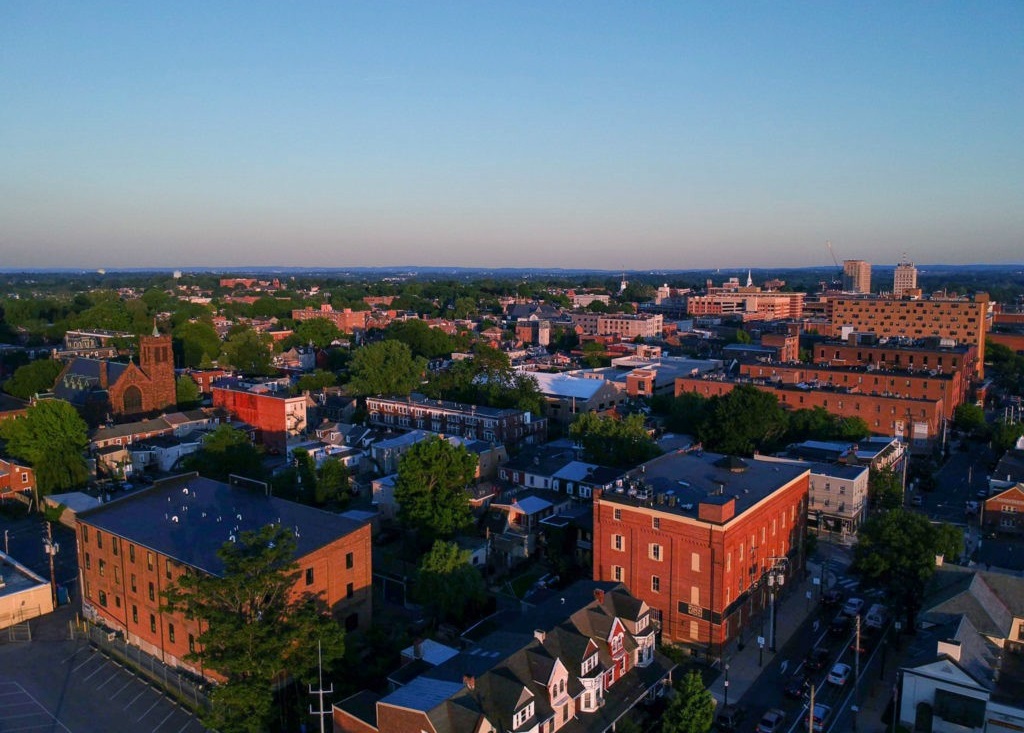 The interim housing strategy that Lancaster officials unveiled Tuesday calls for adding 2,000 units to the city's housing stock over the next five years, with at least 15% — 300 units — meeting federal affordability guidelines.

It calls for using lead remediation programs, the critical repair program and other tools to protect another 1,000 units, ensuring they remain within, or are brought back up to, proper health and safety standards.

And it calls for evaluating all 14,000 rental housing units with the goal that at least 85% are confirmed to be in fair condition or better.

"These are aspirational goals," Chris Delfs, director of Community Planning & Economic Development, told City Council Tuesday evening. "None of them are 'gimmes.'"

Intended as a guide for the city as it tackles Lancaster's housing affordability crisis, the housing strategy is based on a new report from the local Center for Regional Analysis.

The report confirms what officials and residents alike have been saying for years: The city has an acute housing shortage, and large swaths of its residents are cost-burdened, particularly its Black and Latino populations.

Lancaster city has posted the following documents on the Affordable Housing page of its website:

Delfs said his department began work on the housing strategy many months ago, as a way to figure out how the city could best leverage the limited tools and limited funds it has at its disposal.

They developed a set of "program tools" for each of five categories of strategic goal:

Then, a few months ago, City Hall learned it would receive $39.5 million through the American Rescue Plan Act, or ARPA. That gives the city a chance to "supercharge" some of its affordable housing initiatives, Delfs said.

To kick off those efforts, Mayor Danene Sorace's administration is asking City Council to appropriate $5 million. The bill that would do so was introduced Tuesday, setting up a potential vote on Oct. 26.

Sorace called the $5 million a "first step," to be followed by additional appropriations once the city completes its community feedback process regarding the ARPA funds and finalizes its strategy for using the money.

"The administration believes it is important to make a significant initial commitment to affordable housing in response to demonstrated community need," Delfs said via email. "The $5 million is a signal to the public that the mayor and City Council believe deeply in this priority."

City residents who attended Tuesday's meeting, however, were skeptical. They objected that the housing plan doesn't list any specific projects or offer any breakdown of how the $5 million would be spent and said City Council should insist on more information before signing off on the funding.

Likewise, Willie Shell, who is running for mayor as an independent, said council should "take it slow" and get a "complete, solid foundation" before any decision.

Delfs said City Council would have an ongoing role in reviewing and approving individual projects and expenditures funded through ARPA. The administration and City Council continue to discuss how that would be handled, he said.

Asked to comment on the plan Wednesday, Mike McKenna, president of the nonprofit Tenfold, praised it for quantifying its goals, emphasizing equity and affordability and recognizing "the continuum of housing challenges" and how they intersect.

"I'm eager to partner to make headway!" he said in an email.

Last week, Sorace said there was urgency in allocating the $5 million because the city has three potential affordable housing projects in the pipeline, all of them time-sensitive. Two, she said, would be disclosed at Tuesday's meeting.

Of those, one was mentioned Tuesday: 838 Marietta Ave., currently a parking lot. It has been for sale for several months; On Wednesday, the property was listed at $995,000.

The city is looking at either buying it or arranging for the housing nonprofit HDC Mid-Atlantic to do so, Delfs said. In either case, ARPA money could be used.

The "very preliminary concept" is that HDC would build a 46- to 50-unit mixed-income affordable housing project there.

Delfs said there is no definite timeline for disclosing the other two projects.

"We are still working through the vetting process with staff and City Council," he said.

Residents who spoke Tuesday said the housing strategy as a whole was inadequate. For starters, they said, adding just 300 units of affordable housing wouldn't begin to close the gap: Resident Jessica Lopez likened it to plugging a hole in the Titanic.

Developers have profited handsomely in Lancaster, she said. Instead of offering money to add a few affordable units here and there, why not compel them to build the kind of housing that's needed?

The city doesn't have the legal framework to do so, Council President Ismail Smith-Wade-El said, adding that he himself would support an inclusionary zoning ordinance. Other options, such as rent control or eminent domain actions, are limited or prohibited by Pennsylvania's strong property rights law.

Shell and Byrd questioned whether the plan would give enough priority to the city's southeast and southwest neighborhoods, its areas of most concentrated poverty.

Sorace said she agrees the plan doesn't address the full extent of need: "We recognize that." What it's trying to do, she said, is wring the most value out of limited dollars by "layering" programs together and seeking to leverage as much private capital with as little government funding as possible.

She described the ARPA funds as overdue "back pay" for years of federal funding cuts, and said the city must continue to advocate for additional dollars. In the meantime, however, it has the historic opportunity represented by ARPA.

She acknowledged the audience's desire to hear details, but said the city must first "directionally align" itself — the goal of the housing strategy. It sets out a game plan in broad strokes, to serve as a framework for assessing specific projects.

The city needs "buy-in" on the big picture, she said: Then it can create the process "to get us there."