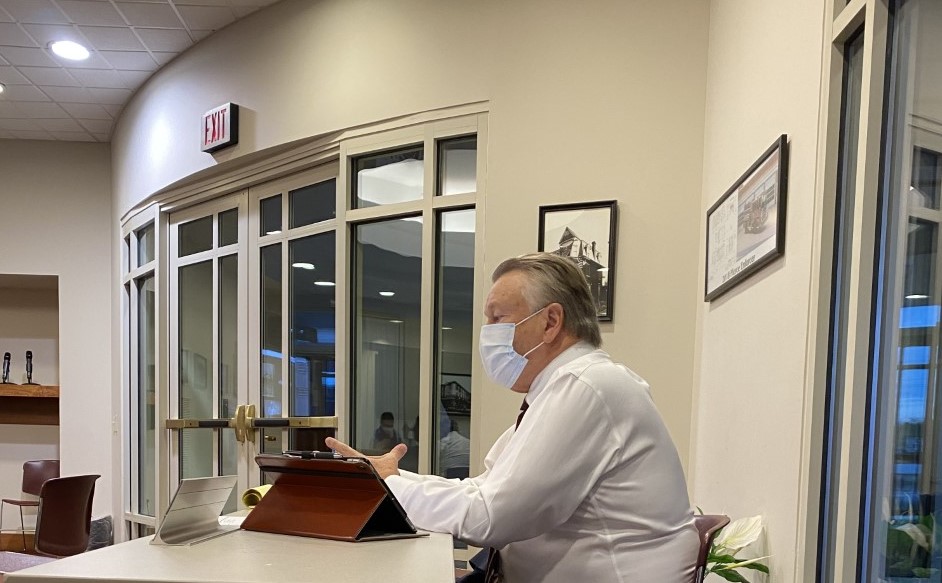 Ephrata’s Finance & Budget Committee decided to stick to the book at their meeting on Monday, declining to create a utility assistance fund for borough customers nor appoint a council member to a task force proposed by Northern End Stands Up member Jim Sandoe.

After tabling the relief fund conversation at the Municipal Enterprises Committee meeting on Sept. 21, James McManus III, the council’s solicitor, concluded that, according to the state’s Borough Code, Ephrata does not have the power to create a fund for reimbursing electric rates.

“The borough council only has the authority to do what is specifically granted to it under Borough Code,” said McManus.

He said “the borough is not engaged in social services,” which would prevent them from giving money to a pot for individuals or determining “what needy resident qualifies.”

“You essentially have taxpayer money going to an outside agency, who is going to make a determination of how to return that money to the borough,” McManus said.

McManus did say the borough could offer “advice and consent” to organizations that assist those in financial need.

Sandoe had asked the council to appoint a member to a task force of local leaders who would create a long term plan for utility customers needing assistance.

Council didn’t explicitly reject the idea, but members were clearly skeptical, and no motion to appoint someone was made.

Sandoe said that he found the unwillingness of the council to provide relief  “extremely disappointing.” He said that even though the council thinks the borough isn’t able to provide monetary assistance based on Borough Code, it is able to do so in an emergency.

“From our point of view, this is an emergency,” Sandoe said.

Joy Ashley, the executive director of Ephrata Area Social Services, said many residents are stuck in a “swirling, spiraling downward” cycle with their bills. Two of the families on the latest list of scheduled power cutoffs were people her agency had already helped.

“They don’t have enough time to recoup. So now they’re back on the list for cutoff,” she said.

Mayor Ralph Mowen, however, questioned whether customers with overdue bills were blaming Covid-19 or whether they had been missing payments for longer.

Kelly Ernst Warner, coordinator of the Northern Lancaster Hub, disagreed, and said the majority of the people she has talked to with financial burdens have blamed Covid-19, not previous arrears. Even people with arrears before March have been, in her opinion, “paying as much as they can afford.”

Ashley said that it is within the council’s jurisdiction to negotiate different payment plans for those who are struggling.

As of right now, the lowest accepted monthly payment amount for utility bills is the total amount divided by six, according to Christine Moore, Ephrata Borough’s director of finance and administration.

The policy is in place because the borough wants utility debt paid off in no more than six months.

On Sept. 10, 66 houses had their power disconnected, according to the borough. As of Monday, 10 of the houses were still disconnected; of those, seven are vacant.

On Sept. 17, four more residences were disconnected, but all have since been reconnected.

The latest shut off was slated to happen Tuesday, with 13 residences scheduled to lose power.

As of Wednesday, only two of those 13 residences were disconnected, the borough said.

Standstill on what comes next

“I think it’s unfair to say that we’re not willing to offer all we can,” Councilman Ricky Ressler said.

“If we had the power to [provide aid], then we would have had a council discussion about whether we wanted to add something like that to the budget, but it’s been made pretty clear that we really don’t have the power to do that,” he said.

However, Warner estimates that over $35,000 in utility relief has already been disbursed by the Northern Lancaster Hub, Community Action Partnership and Ephrata Area Social Services. There have also been church and individual donations.

The conversation on utility shut offs will continue at upcoming meetings.