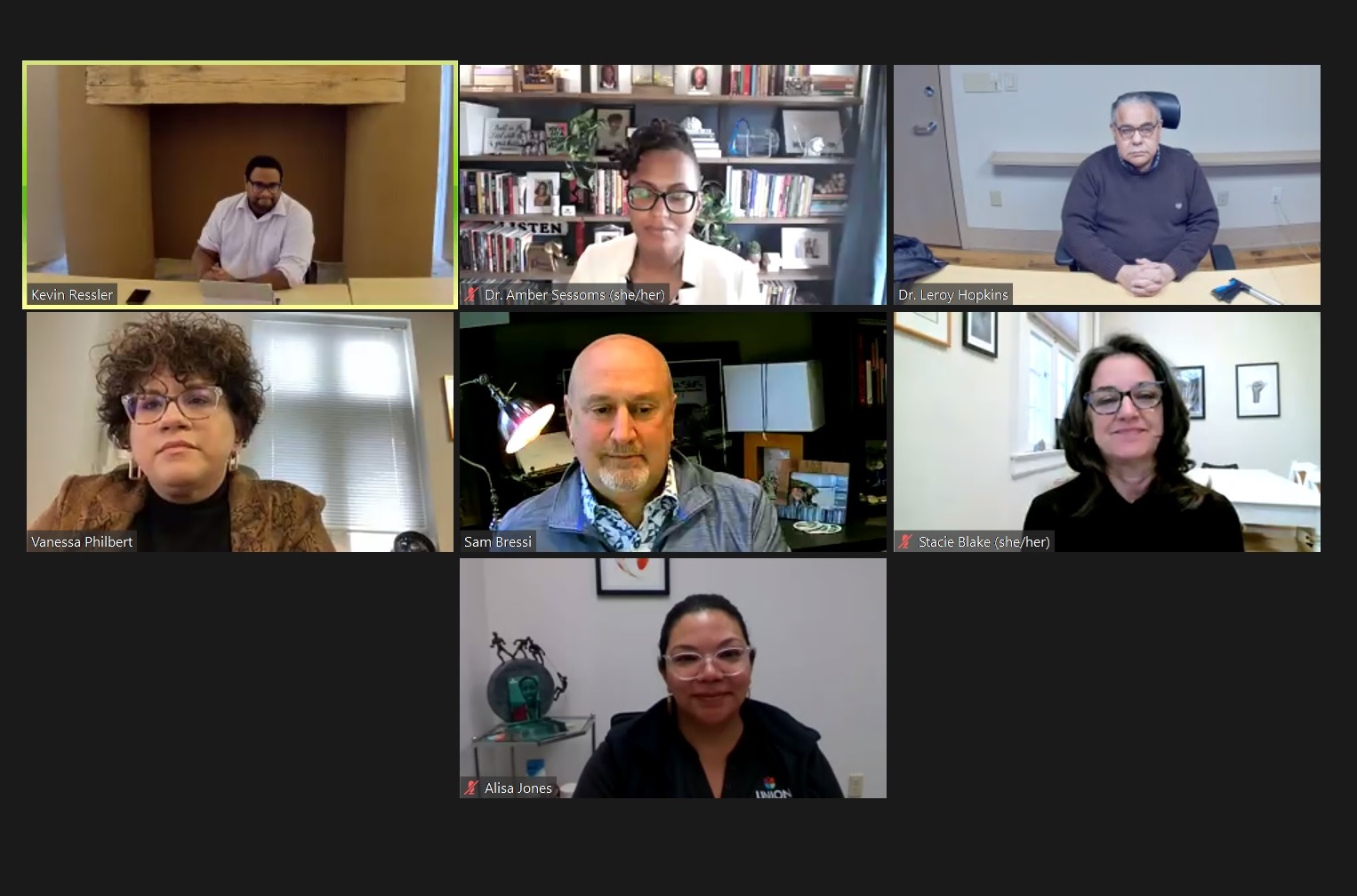 Leaders of the organizations that commissioned the Lancaster County Racial Equity Profile say they hope it will inspire community conversations, self-reflection and a broad local effort to create lasting change.

“The more perspectives we can invite toward these issues, the better chance we have of moving the needles across many of these data points,” said Sam Bressi, President and CEO of the Lancaster County Community Foundation.

Bressi was among the half dozen panelists who convened to discuss the Racial Equity Profile in United Way of Lancaster County’s January “Conversation About OUR Community.”

Moderated by Amber Sessoms of consultancy Natural Inclination, it was the first of several planned public conversations about the profile, which was released last week. The online Zoom event drew more than 200 registrants, the largest audience to date for the local United Way’s monthly series of online forums.

The profile is significant and the dialogue around it is “incredibly important,” said Kevin Ressler, president and CEO of United Way of Lancaster County, who launched the event with an overview of the report and its findings. He urged those watching online to engage the community at large in the discussion.

“Nothing can change without the community actually wanting to and doing the work to change and transform who we are and who we’re becoming,” he said.

Developed by a coalition led by YWCA Lancaster, the Racial Equity Profile was researched and written by the think tank PolicyLink and the University of Southern California’s Equity Research Institute. It lays out an array of racial and ethnic data, covering demographic trends, economic indicators, health, education, transportation and interactions with the justice systems.

It projects that Lancaster’s non-White population will grow from 19% to 32% over the next 30 years. It shows that on many measures, Black and Latino households lag their White counterparts, including educational attainment, economic security and homeownership rates.

To lay the groundwork for future prosperity, the profile contends, Lancaster County must dismantle the systems that result in “entrenched and persistent racial inequities.”

It estimates that Lancaster County’s GDP would increase by $1.9 billion a year if all racial groups were brought up to White levels of income.

A particularly sharp disparity is life expectancy, which is 75 years for Blacks versus 80 years for Whites. (It is 79 years for Latinos and 83 for Asians and Pacific Islanders.)

Ressler and his fellow panelists all served on the initiative’s Steering Committee. They said the profile challenges all of Lancaster County’s stakeholders to think differently.

“Every leader in this community has has a responsibility to examine this data,” said Stacie Blake, CEO of YWCA Lancaster, which spearheaded the project.

Bressi said the community foundation is assessing how to incorporate the profile and its lessons into its grantmaking process.

When organizations tackle social issues such as health care or housing or education, they should be asking themselves certain questions, said Vanessa Philbert, CEO of Community Action Partnership of Lancaster County: “Are we looking at it with this lens of equity? And are we solving for it? And we’re not, what’s in the way?”

Those who inherit institutions and structures aren’t responsible for the decisions that created them, said Alisa Jones, president and CEO of Union Community Care. Nevertheless, it’s incumbent on them to examine those frameworks “from the ground up” with an eye toward dismantling inequity.

Doing so is a win-win, she said. When marginalized groups make gains, other groups don’t lose out: On the contrary, the benefits percolate throughout the whole community.

“Racism is bad for everyone,” she said.

Citing a recent report showing that two-thirds of all wealth created in the past two years went to the top 1%, Ressler called for a “moral shift” away from laissez-faire capitalism and the notion that any price is fair and justified if you can get away with charging it.

Yet moral and economic priorities can align, Bressi said: The profile’s case for preparing Lancaster County’s economy for the shift to a more diverse work force rests both on moral clarity and enlightened self-interest.

Hopkins and Ressler both lamented the absence of non-White educators when they were going through school. Today, 35% of county students are non-White, but only 4% of teachers, the profile says.

While the report cites pro-equity policies in other parts of the country as possible models for Lancaster County, Blake said there are encouraging homegrown initiatives as well. She cited three: Patients R Waiting, a nonprofit working to reduce barriers in medicine and create a Black and Brown doctor pipeline; the fair funding movement in education; and advocacy efforts to reduce pre-trial incarceration and minimize the size of the correctional facility the county is planning.

“It is a generational curse that we’re trying to break,” Philbert said.

Conversations About OUR Communityracial equity