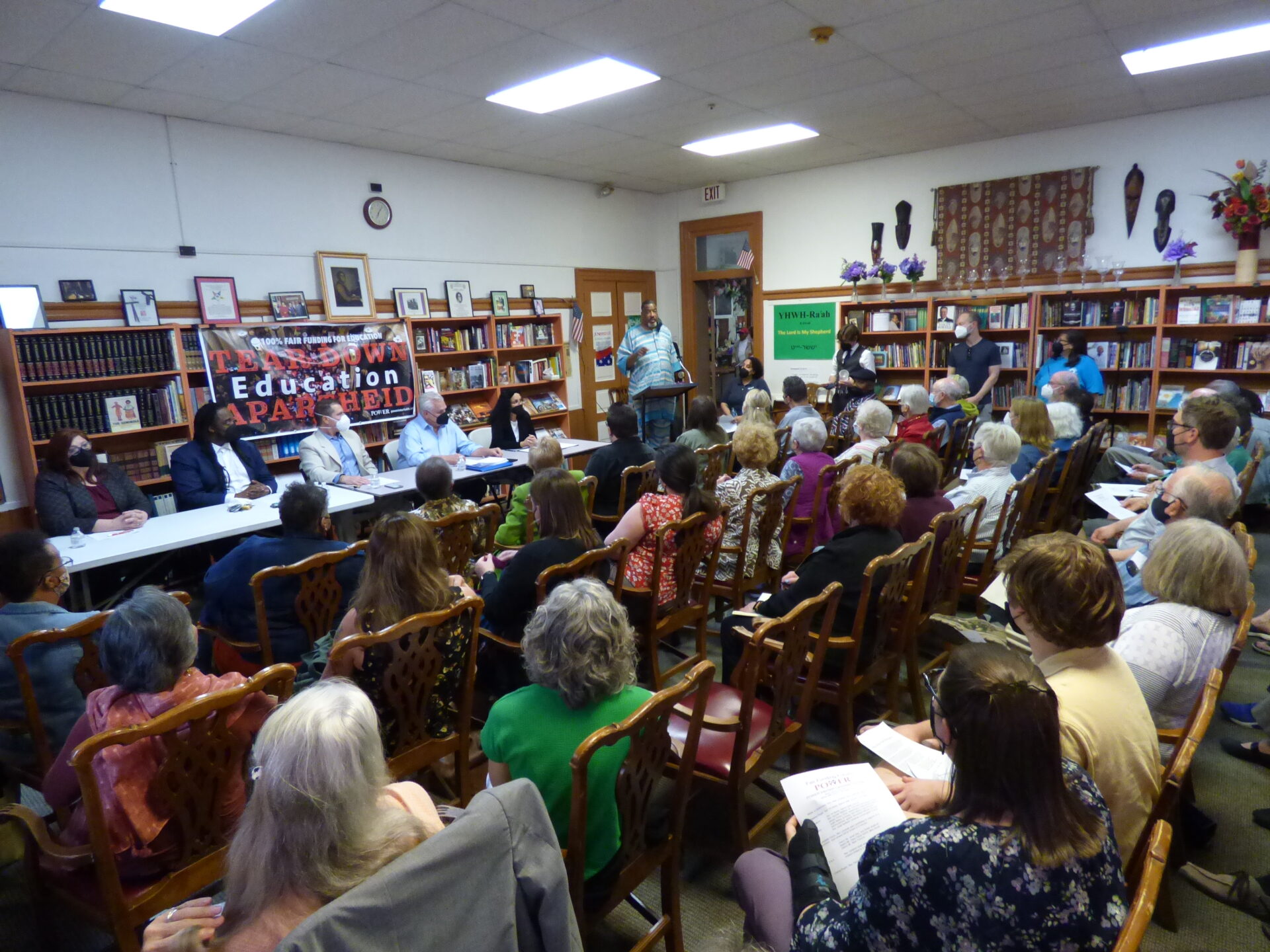 Toward the end of Tuesday's forum on fair funding in education, Isias Ortiz stood up and effusively thanked everyone there.

"I am the epitome of the topic tonight," said Ortiz, who intends to pursue studies in biology and philosophy at the University of Pittsburgh this fall. Seeing so much community support in favor of changing the system "means the world," he said.

Power Interfaith is backing the plaintiffs in Pennsylvania's fair funding lawsuit, an effort years in the making that was argued before the state Commonwealth Court over the winter. In the suit, six school districts, including the School District of Lancaster, contend that Pennsylvania's public school funding is so inequitable and insufficient that it violates the state constitution's mandate to provide "a thorough and efficient system of education."

The defendants, including House Speaker Bryan Cutler of Lancaster County, said the state spends 40% of its budget on education, that the plaintiffs' complaints do not rise to the level of unconstitutional violations and that the courts should not usurp the elected legislature's prerogative to make policy decisions.

Testimony wrapped up in March, but both sides are continuing to file documents through early July. The court will rule at some point after that. 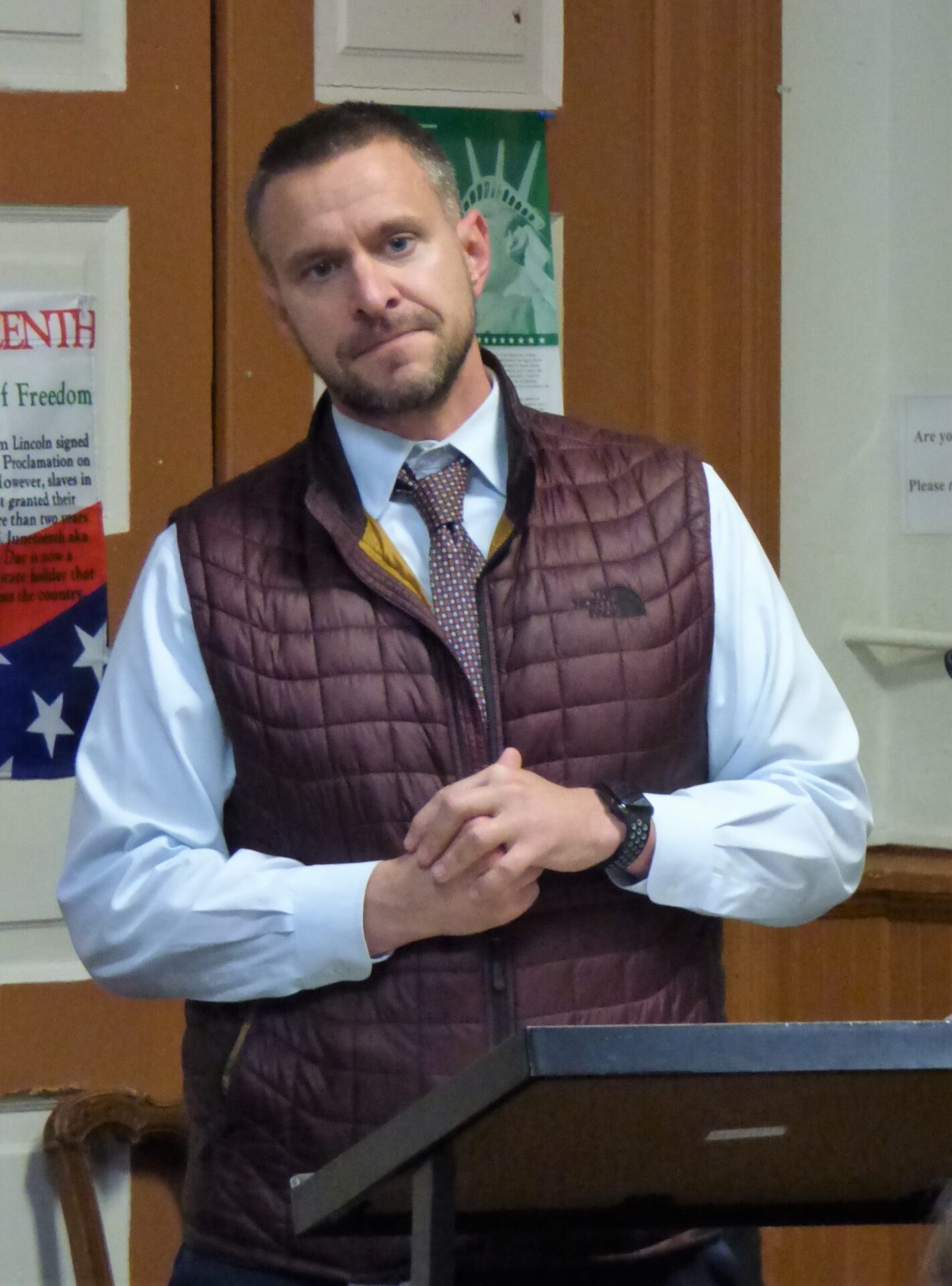 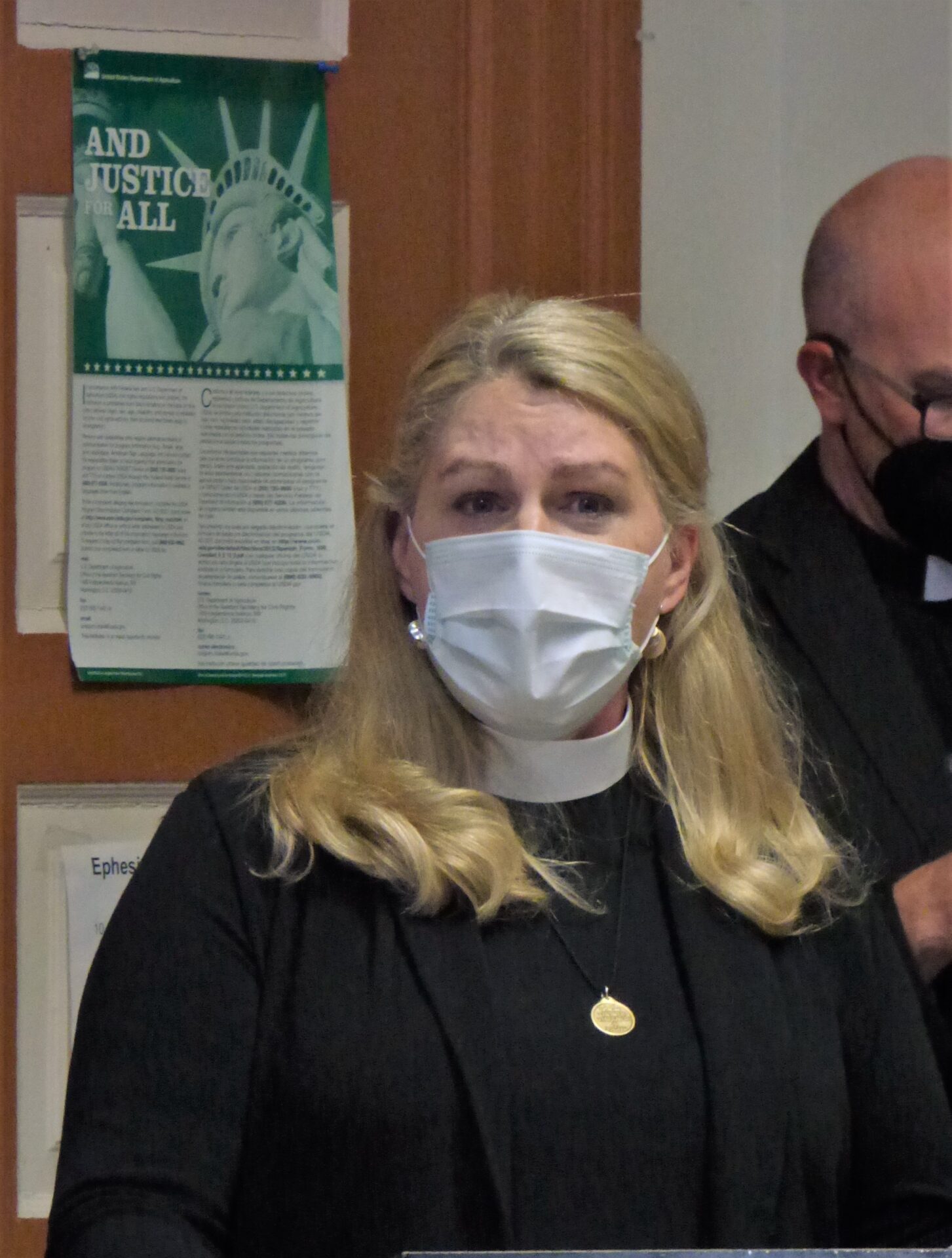 As state Rep. Mike Sturla reminded Tuesday's audience, Pennsylvania has a new education funding formula that's considered one of the best in the U.S. But the state only uses it to allocate a small portion of funds, continuing to distribute the rest through an outdated formula that doesn't account for decades of demographic and economic changes.

Moreover, the state only pays for about 38% of total education costs, leaving 500 local school districts with dramatically different socioeconomic characteristics and correspondingly varied tax bases to make up the difference.

The disparity hurts minority students the most: 78% of black students and 82% of Hispanic students are in underfunded districts, according to Pennsylvanians for Fair Funding.

Joseph Torres, dean of SDL's Washington Elementary School, said the district begins every year with a deficit and has to triage available resources, he said. Fair funding would give the district and its students a "fair shot," he said.

McCaskey Principal Justin Reese noted that students taking high-stakes tests may have to walk up to two miles in bad weather to do so, because funding isn't available for buses.

And parent Katrina Holmes, who has three children enrolled in SDL, said it "breaks my heart" to see the disparities between SDL and suburban school districts, where children enjoy access to the latest technology, smaller class sizes and more frequent field trips.

"The color of my child's skin should not dictate the funding and the education that my child gets," she said.

The Rev. Jennifer Mattson said she sees those inequities, too, because she has one child at SDL and one in Manheim Township School District. One contends with limited IT resources and no air conditioning on hot days and takes classes in an overflow trailer; the other attends a "state of the art facility."

Some would pin those disparities on her and her choices as a parent, Mattson said: "But to those people, I would ask this: Why should it be a choice for any child to attend a school that lacks basic things?" 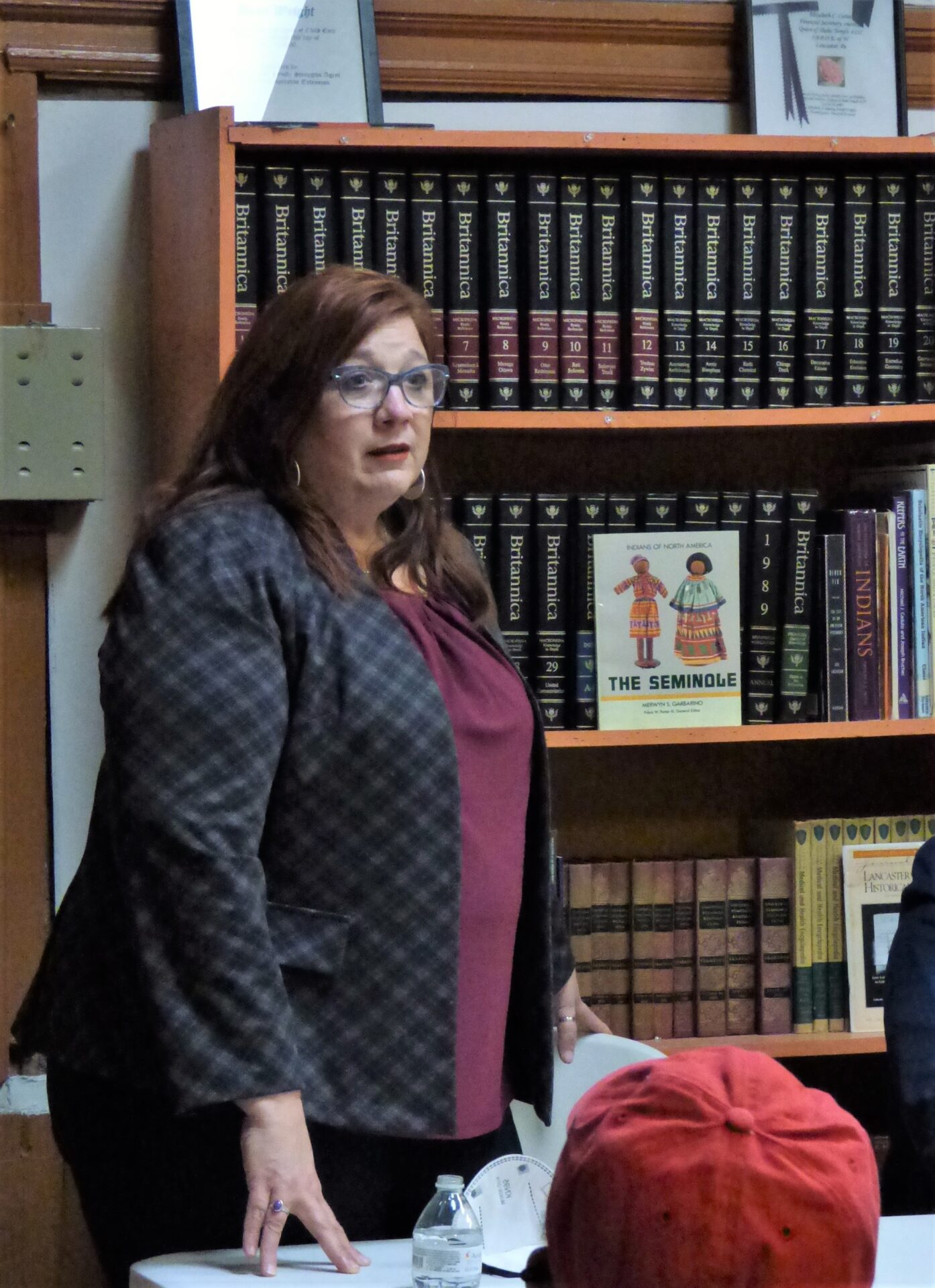 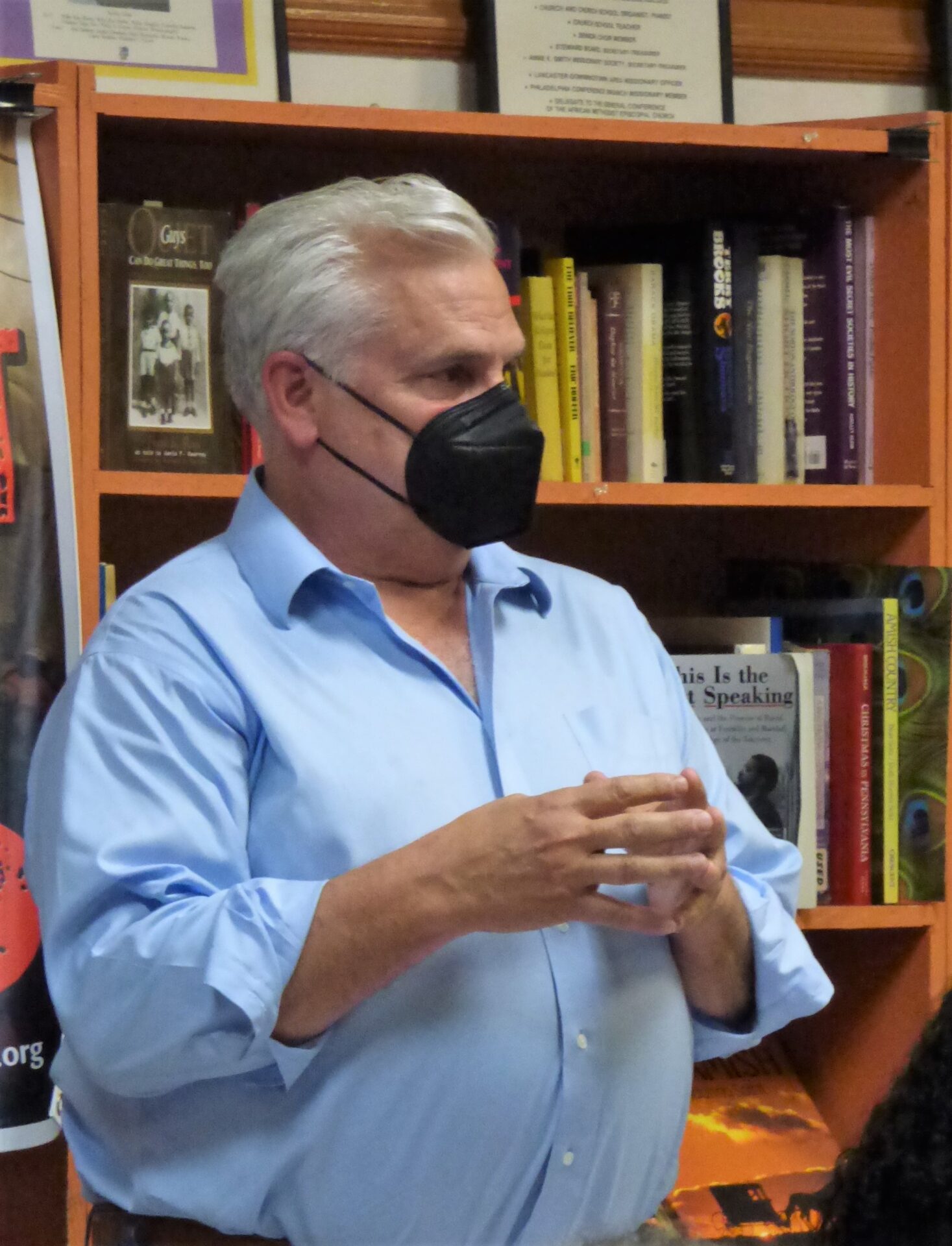 The five candidates at the forum all endorsed the fair funding movement, saying they'd endorse aggressive moves to redirect appropriations through the fair funding formula. All five called for increasing spending overall on education and social welfare.

Sturla, a Democrat who has represented Lancaster since 1991 and helped craft the formula, said he thinks the plaintiffs will win. But it will take years after that before the Republican lawmakers opposing the lawsuit exhaust their appeals, he said.

Sturla supports raising the state income tax, the second lowest in the U.S., by a percentage point, from 3.07% to 4.07%, to raise billions of dollars in additional revenue he said are needed for truly equitable education funding. But he said that unless Democrats capture the state House and Senate, the status quo will continue, with a handful of Republican legislative leaders continuing to control the agenda and to prevent most bills, even ones sponsored by Republicans, from coming to a floor vote.

His challenger in the Democratic primary in the newly drawn 96th district, Dana Hamp Gulick, said she watched her father fight for equitable education as a public school teacher and teachers' union leader. Characterizing the current funding system as "racist at its core," she called for closing corporate tax loopholes and tapping the Racehorse Development Fund for additional education dollars, as well as pushing back against the charter school and school privatization movements, which draw dollars out of the public system. 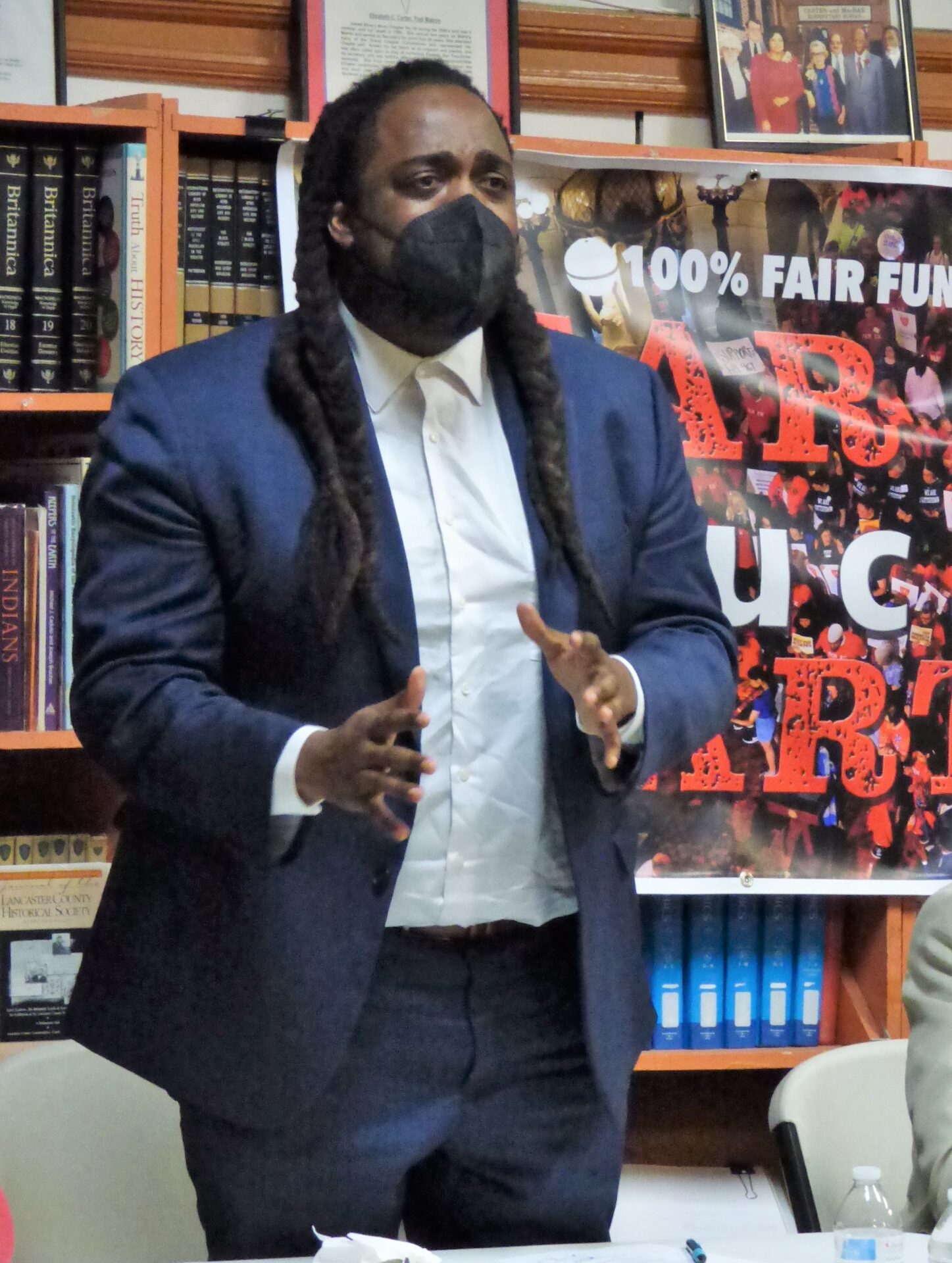 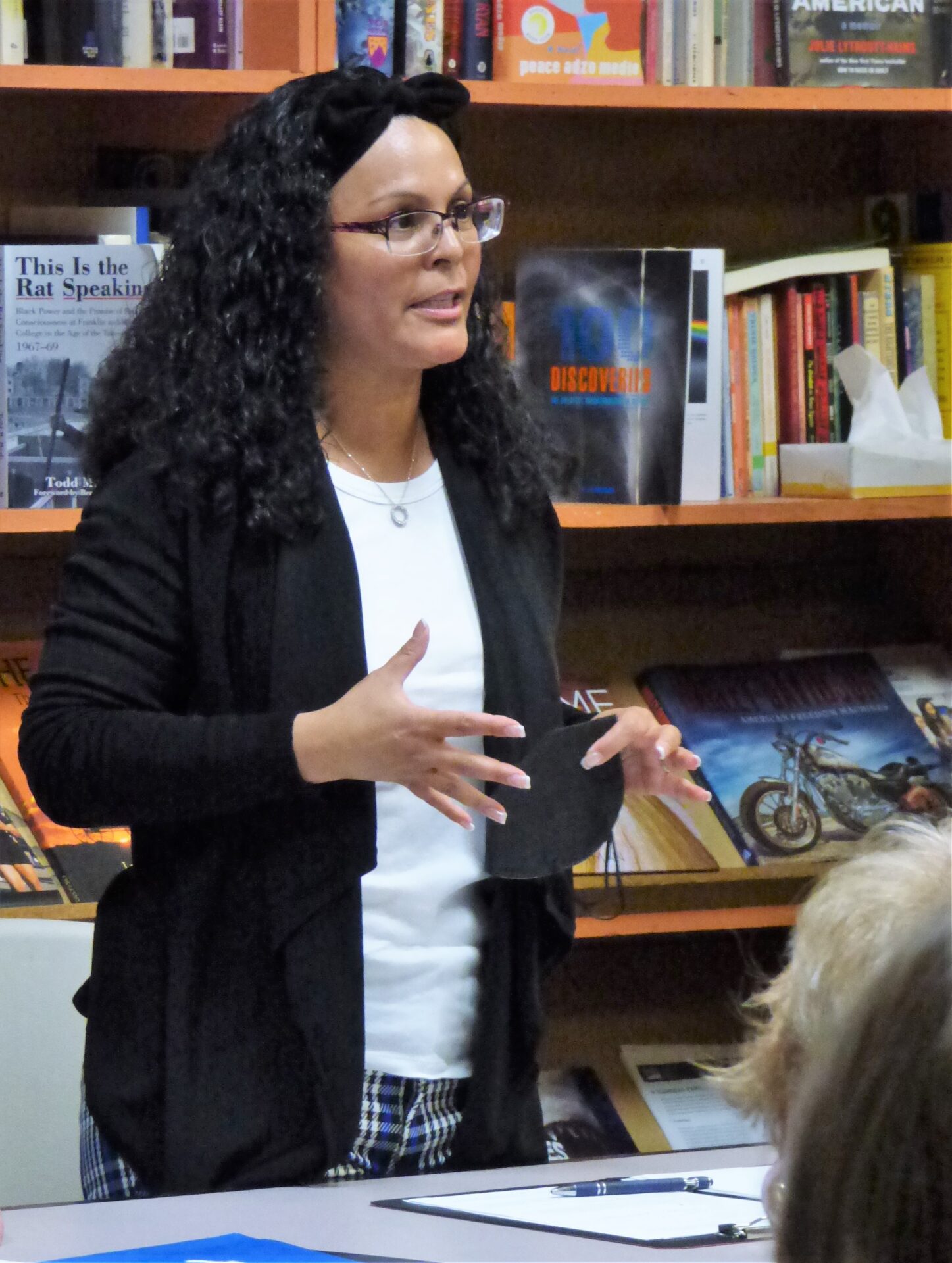 In the 49th House District, City Council President Ismail Smith-Wade-El is vying against City Councilwoman Janet Diaz. The existing system perpetuates racial wealth disparities, Smith-Wade-El said: Black and Latino households are no longer excluded from building wealth through homeownership, but all too often they much pay much higher property tax rates than suburban White households in order to afford their children a sufficient education.

Smith-Wade-El called for building a grassroots movement so robust that legislators "will trip over themselves" to increase education funding and advance other progressive priorities.

Diaz said she grew up poor and remembers going to school hungry, wearing worn-out shoes because her mother couldn't afford a new pair. She called for broad investment, not only in education, but in children's physical and mental health, suggesting taxes on fracking and gun sales to pay for it.

She described herself as pragmatic and willing to work across the aisle, "because if you don't, it's just going to be infighting like always."

Mark Temons is running unopposed in the 98th District Democratic primary. He seconded Sturla on raising the state income tax and said it's time to make it progressive — an idea Republicans say clearly violates the tax uniformity clause in the Pennsylvania constitution, although progressives have proposed workarounds.

Perhaps when districts are struggling, that's a sign they need more money, he said. He called for linking K-12 education linked via scholarships to community college and the State System of Higher Education, so top students can continue their education without undue financial burden.

The community should be more willing to trust in educators' expertise, he said: "That's why we have professionals," he said. "That's why people go to school."