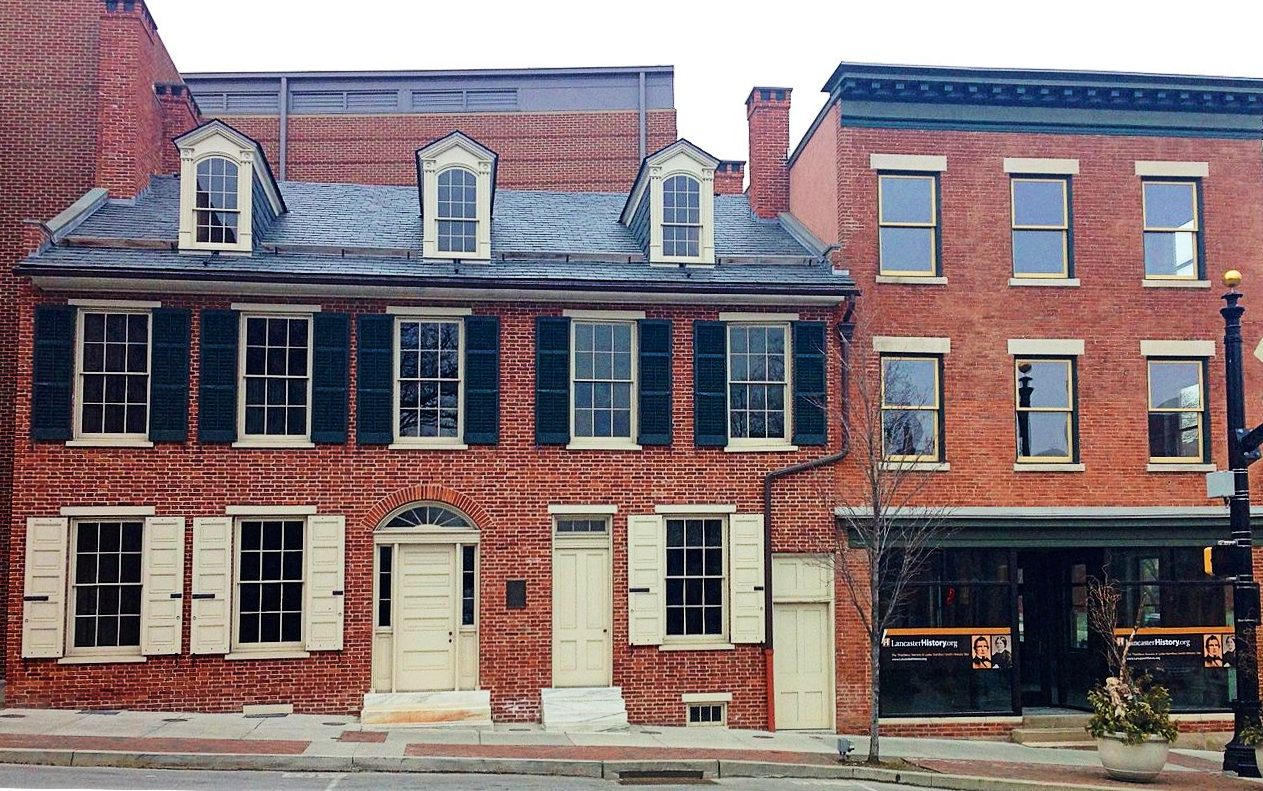 Nonprofit LancasterHistory is making progress toward its goal of opening a history center in downtown Lancaster commemorating Thaddeus Stevens and Lydia Hamilton Smith.

Last month, the Lancaster County Convention Center Authority, which owns the properties where the history center will go, agreed to a revised lease with LancasterHistory to facilitate the development of the project.

The updated provisions have to do with utilities, shared spaces and other technical matters. LancasterHistory must cover any utility costs or other expenses it incurs in its space; that, plus a nominal $1, will constitute its rent over the 99-year lease.

Meanwhile, this spring Lancaster’s City Revitalization & Improvement Zone Authority approved granting LancasterHistory up to $4 million within the next 10 years for the Stevens-Smith project.

The authority’s action is contingent on ratification by state officials, which remains pending.

Through the CRIZ program, certain state taxes paid by businesses within a designated zone are returned to Lancaster to fund economic development. Beneficiaries of CRIZ funding include the convention center, Clipper Magazine Stadium, Ewell Plaza and the projects around it.

“We are thrilled to have this early endorsement for the project from the local CRIZ Authority as we await final approval from the state,” LancasterHistory President and CEO Tom Ryan said.

With that plus the lease with the convention center authority, “we are ready to dig into the finer points of planning, community engagement and fundraising,” he said.

LancasterHistory is aiming to open the center in late 2024, he said.

Tentatively named the Thaddeus Stevens & Lydia Hamilton Smith Center for History & Democracy, the history center will encompass Stevens’ home and law office on South Queen Street and the adjacent Kleiss property, a former tavern that Stevens owned. There is also an underground area with a cistern that historians believe may have been used to hide escaped slaves.

LancasterHistory took over responsibility for the site in 2010 from the Historic Preservation Trust of Lancaster County. The trust had battled for years to preserve the properties and convert them into a museum along much the same lines as LancasterHistory is envisioning.

LancasterHistory plans to further restore the properties and create exhibits illustrating Stevens’ and Smith’s achievements and legacy. The CRIZ Authority’s resolution notes the project budget is estimated at a little over $15.5 million, including a $2.5 million contingency.

Thaddeus Stevens (1792-1868) was one of the most influential political leaders of the American Civil War period and arguably remains an underappreciated figure. An uncompromising abolitionist, he led the radical faction of the Republican Party and helped to shepherd the Thirteenth, Fourteenth and Fifteenth Amendments through Congress.

His legacy includes Thaddeus Stevens College of Technology, founded with money Stevens’ bequeathed in his will.

Lydia Hamilton Smith (1815-1884) was a Black woman who served as Stevens’ housekeeper and was his colleague and confidant. Following his death, she successfully ran a number of hotels and boarding houses.

Marshall Snively is the president of the Lancaster City Alliance and acting executive director of the CRIZ Authority. Authority members are excited about the Stevens-Smith project’s potential to contribute to the revitalization of the Queen Street-Vine Street intersection, he said.

Redevelopment in and around the intersection has been a city priority for some time. A major step came with the renovation of Southern Market Center and its reopening as a food court. Another will come when Willow Valley, one of the partners in the Southern Market Center, starts work on Mosaic, a high-rise apartment complex for ages 55+ that will be Lancaster’s tallest building.