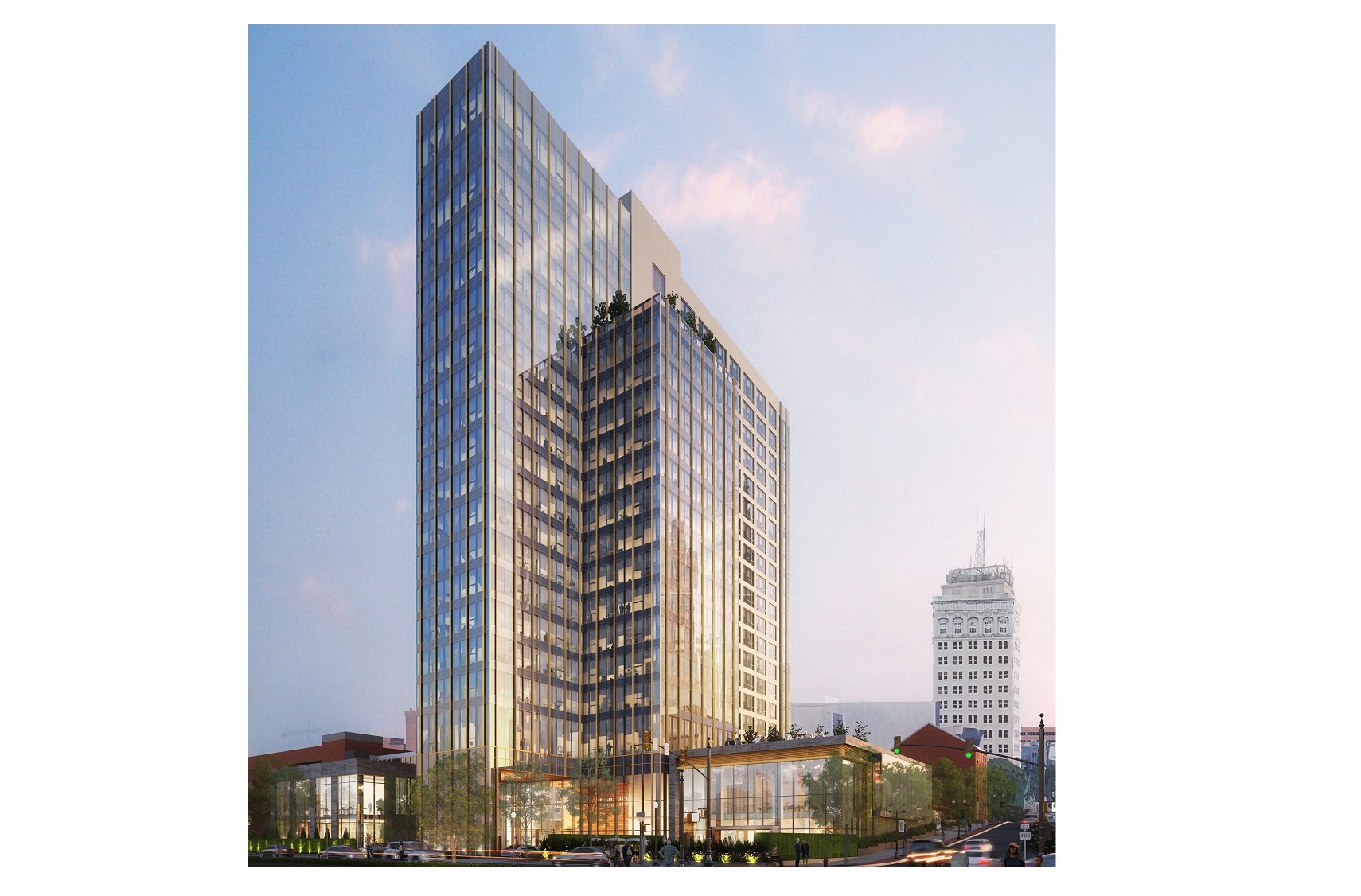 Willow Valley Communities has received the approvals it needs to move ahead on what will be Lancaster city’s tallest building.

Mosaic will offer 147 apartments for tenants aged 55 and up, along with numerous amenities. Some will be exclusive to residents, but there will be stores, restaurants and a terrace open to the public. At 244 feet in height, Mosaic will be a little more than 30 feet taller than the Lancaster Marriott at Penn Square.

“With Mosaic, one of Lancaster’s most underutilized city blocks will become a new destination to live, work, and play, creating new jobs, and elevate aesthetics and economic vigor for the city,” John Swanson, Willow Valley, said in a statement.

Douglas Smith, Lancaster’s chief planner, said the Mosaic project “very solidly extends our downtown” and will create a synergy at the intersection with the Lancaster County Convention Center and Southern Market Center.

Previously the home of the Lancaster Chamber, Southern Market Center re-opened this year as a food hall after a renovation underwritten by Willow Valley in partnership with Lancaster Equity and Assets.

As part of the Mosaic project, Willow Valley will restore the historic Jasper Yeates House at 24 S. Queen St. The building’s eventual use has not yet been determined, Craig Smith, a principal with landscape architecture and engineering firm RGS Associates, told the Planning Commission.

Willow Valley is working to pre-sell at least 70% of Mosaic units before it begins construction. That process is ongoing, Swanson told the Planning Commission, so the organization doesn’t have a firm start date.

It’s hoping to demolish the Lancaster Newspapers’ building in early 2023 and have Mosaic under way that summer, he said.

When first proposed in late 2020, Mosaic was budgeted at $90 million. The price tag has likely increased since then, due to the inflation pressures and worker shortages that have beset the construction industry nationwide. Willow Valley declined to immediately respond to an inquiry regarding an updated budget figure.