Lancaster Chamber President & CEO Tom Baldrige speaks about his career in an interview on Thursday, May 12, 2022. (Image: Kyle Gamble) 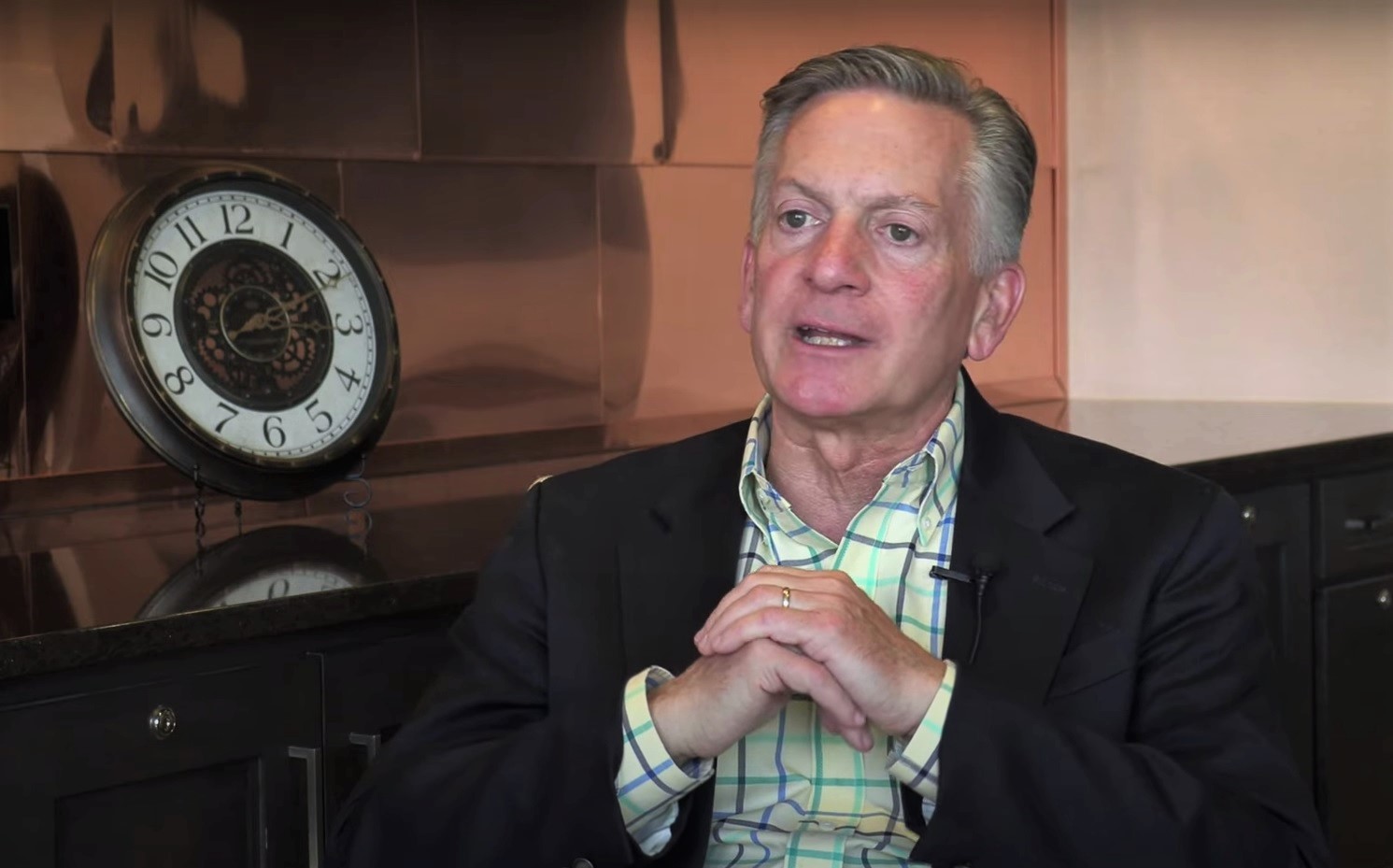 Lancaster Chamber President & CEO Tom Baldrige said he has been “inspired every day” by the business community in Lancaster County.

Last fall, Baldrige, 62, who has led the chamber for more than two decades, announced his retirement. His last day is June 24, the day after the chamber’s 150th annual dinner.

Baldrige will be succeeded by Heather Valudes, the chamber’s vice president.

Baldrige and his wife, Susan, came to Lancaster in 1988. Baldrige was the chamber’s executive vice president for government and public affairs until 1993, when he became president of the Lancaster Alliance, a predecessor to the Lancaster City Alliance. In January 2000, he returned to the chamber as its president.

Under his leadership, the chamber was twice named “Chamber of the Year” by the Association of Chamber Commerce Executives. In 2017, he supervised the chamber’s successful relocation from Southern Market Center, its home since 1988, to its current quarters at 115 E. King St. (This year, after extensive renovation, Southern Market Center reopened as a food hall.)

“I like to think of the chamber as trying to be representative of all businesses, from the smallest to the largest,” Baldrige said. The organization, he said, has sought to be “a table where everybody could have a voice and everybody could feel like they were part of the solution.”

The business community in Lancaster, he said, is distinguished by pragmatism, innovation and a deep commitment to civic responsibility. It’s reflected, he said, in “the quality and attention that they provide to everything that they do. It’s what’s given us a worldwide reputation as a thriving community.”

He said he’s proud of the way the chamber has been able to foster productive conversations about potentially divisive issues — and admitted he’s concerned about the difficulty of continuing to find common ground amid the country’s ever-deepening political polarization.

In 2017, the chamber became the first in the country to experiment with an “investor” model, a mix of a la carte services and investor-underwritten community impact initiatives, rather than the traditional membership model.

Ultimately it didn’t pan out, Baldrige said: “We were in some ways giving too much away for free.” After three years, the chamber reverted to a retooled membership model; among the updates were a new subscription option for individuals.

“The change has worked,” he said: “We are growing our membership.”

Baldrige expressed pride in Lancaster’s downtown revitalization and what he termed his “supporting role” in that effort, both at the alliance and the chamber. The city’s turnaround, he said, “has been nothing short of remarkable.”

He’s likewise proud of the way the chamber and local businesses responded to the challenge of the coronavirus pandemic. The chamber took a leading role in disseminating actionable information, developed an economic recovery plan in collaboration with the Economic Development Co. of Lancaster County and partnered with the EDC and Lancaster County on the distribution of tens of millions of dollars in relief funding.

After June 24, Baldrige said he plans to take at least three months off. That will provide an opportunity for reflection and self-assessment. He looks forward to continuing to serve on four local boards: Thaddeus Stevens College of Technology, Penn Medicine Lancaster General Health, Lancaster History and the High Foundation.

They reflect some of the passions he has for the Lancaster community, he said, “and I’m really fortunate that even as I exit this job, I’m going to be able to continue to explore those passions in those board positions. …

Over and above that involvement, he’ll see what rises to the top of his interests, he said: “I don’t think I’m done.”

Tom Baldrige: In his own words

The relationships that (nonprofits) have established in partnership with business have been pretty dramatic, I think, in terms of the ways they’ve been able to target problems, channel dollars, and try to bring about solutions. … If there’s any big initiative going on Lancaster County, and it’s being led by a nonprofit, chances are very good that there’s business or two — or 100 — that are behind it.

On the Lancaster County Convention Center

I think the results speak for themselves. It is a spectacular project. It has brought our community together in so many ways, as a venue. But it’s also such a source of pride, I think, for our community to have this in the center of our downtown.
There are few things I like better than being in the lobby, of that hotel and hearing a visitor come in and just marvel.

The reality is, our downtown reinvented itself and continues to thrive today because of the organic nature of the successes, not one or two major projects. … It was the community being able to believe again in the viability of downtown, and then investing in that for the future in a way that has paid off in spades.