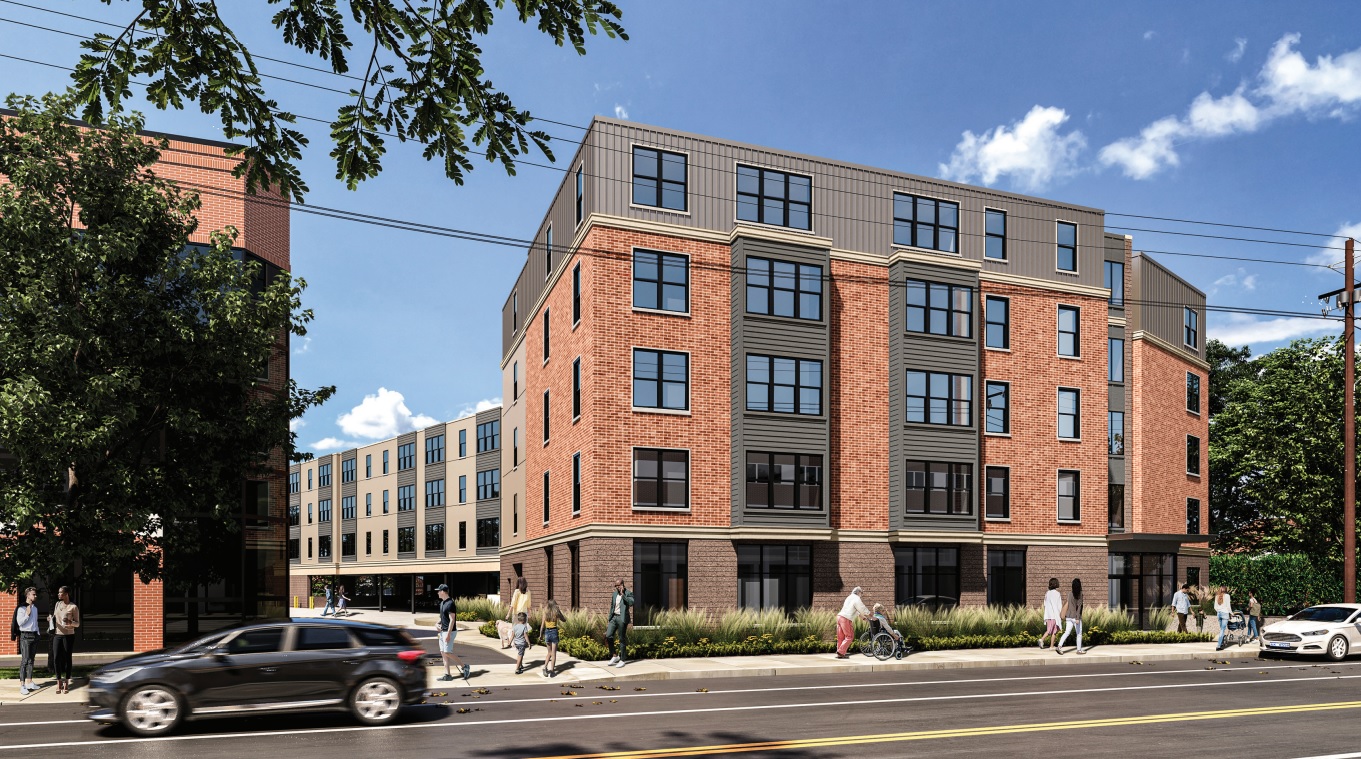 Lancaster Planning Commission unanimously approved the city’s largest affordable housing project in decades on Wednesday evening, but an increase in construction costs and an ongoing court battle with neighbors are combining to make the timeline for construction uncertain.

Nonprofit developer HDC MidAtlantic’s Apartments at College Avenue is a five-story, 64-unit project. It would be built over an existing parking deck at 213 College Ave.

Nearby homeowners have complained consistently that the planned building is out of scale with the neighborhood. Its south facade would be just a few feet from its property line, which neighbors on West Chestnut Street say would not only rob them of privacy but raises safety concerns, because the resulting gap would be too narrow for emergency vehicles to gain access in case of emergency.

A half-dozen of them filed an appeal in county court this summer challenging the zoning variances granted to the project. On Wednesday, Michelle LaGrassa told the Planning Commission that she and her fellow plaintiffs are prepared to continue their appeals all the way to the state Supreme Court, if necessary.

The time frame could be three to five years, and HDC could end up spending “endless grant money” on attorneys’ fees, she said.

That should have no bearing on the planning commission’s decision, city Chief Planner Douglas Smith told members. Zoning is outside their purview; their job is to evaluate the project for compliance with the city’s land development ordinance, a separate matter. As for the litigation, “the developer has the right to proceed at their own risk,” he said.

Other neighborhood residents reiterated their concerns about backyard access and fire safety. They pointed out that HDC had failed to win approval from the Shade Tree Commission the previous evening to remove a maple tree from the adjacent Milagro House property to facilitate the project.

Resolution of that issue and others like it are among a laundry list of conditions imposed in connection with the commission’s approval. City staff ensure compliance before issuing building permits, Smith said.

Moreover, he said, developers are required to post performance bonds: If they fail to follow through on any commitment, the city can use the money to finish the work itself.

Regarding the maple, the design team will work with the city arborist to protect the tree, and is confident it can, Tom Englerth of Site Design Concepts told the commission.

Previously, HDC had budgeted The Apartments College Avenue at $16.4 million, up from $15.4 million and had hoped to break ground this summer.

The project is the first stage of an ambitious plan to revitalize the campus of the former St. Joseph Hospital and its surroundings.

The hospital site is to become a mix of affordable housing, built by HDC in the former Delp wing, along with market-rate apartments and townhomes, built by private developer Washington Place Equities. HDC has plans for additional affordable housing on Marietta Avenue and Wheatland Avenue.