In this image from online video, from left, the Rev. Jason Perkowski speaks to Prison Board members President Judge David Ashworth and commissioners John Trescot and Ray D’Agostino on Thursday, Oct. 20, 2022. D’Agostino chaired the meeting in place of Commissioner Josh Parsons, who was out of town. (Source: Lancaster County) 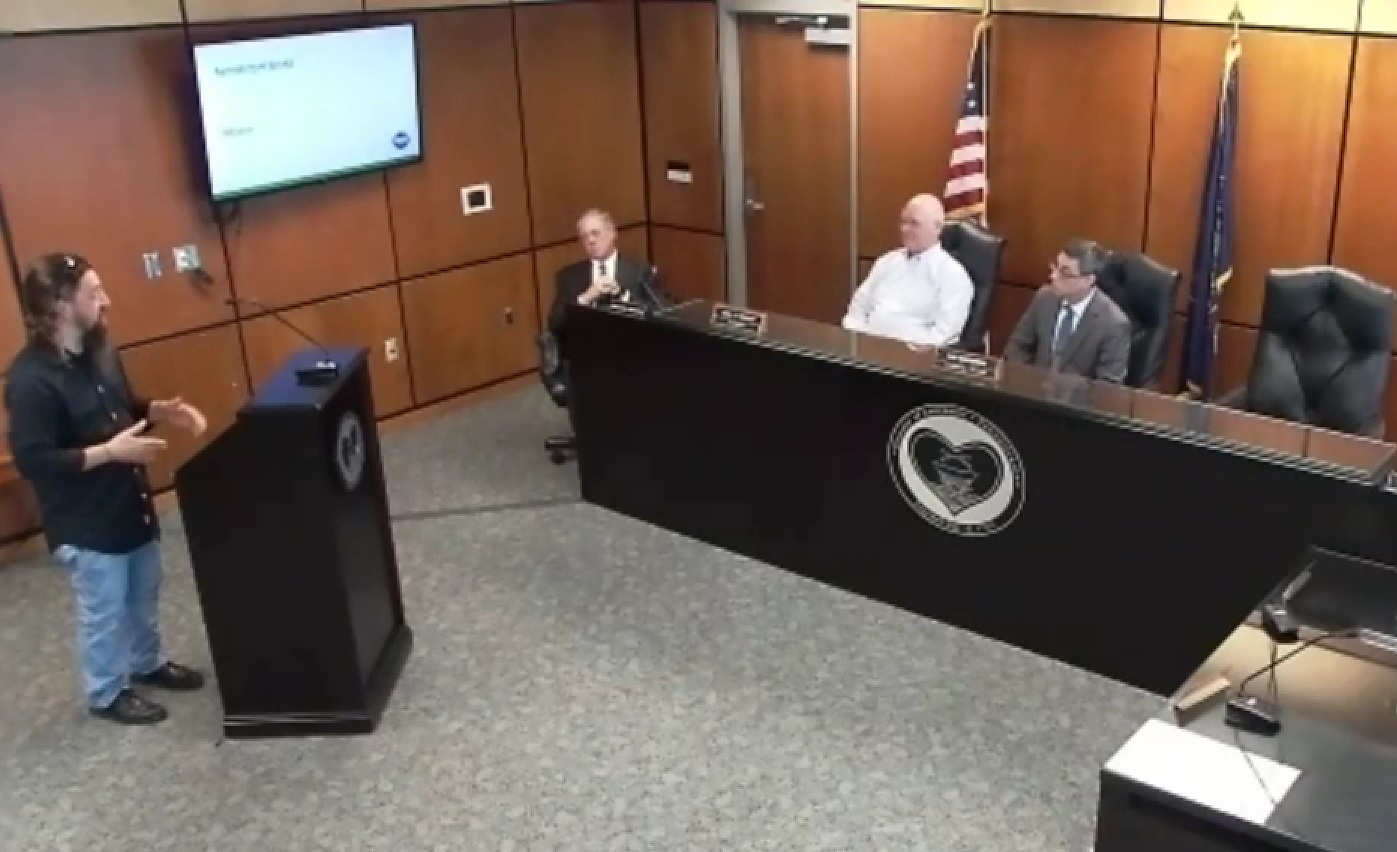 The needs assessment for Lancaster County’s new prison is coming along and should be finished fairly soon, Commissioner John Trescot said Thursday.

In the meantime, he urged the advocacy groups and other community members interested in the planning to be patient. No decisions about the facility’s size, design or programming have been made yet, he said, and none will be made until considerably later in the process.

“Nothing has gone forward at this point. … We are still gathering data, and we will continue to do that,” he said.

The more up-front deliberation, the better, he said: “Until someone pours concrete, you can make changes.”

The needs assessment is the first step in building the new prison. It will use demographic data, crime rates, trends in law enforcement and corrections practices and other factors to make recommendations on the new prison’s size.

Commissioner Ray D’Agostino and Warden Cheryl Steberger echoed Trescot’s comments during Thursday morning’s Prison Board meeting. D’Agostino said the data collection is among the most comprehensive of any project he’s ever been part of.

Steberger said she and three other county staffers joined a quartet from CGL, the consulting firm hired by the county to guide the jail planning process, to visit two comparable facilities: The James A. Karnes Corrections Center in Columbus, Ohio, which has just been completed and is not yet open; and the Washtenaw County Jail in Ann Arbor, Michigan, which opened in 2010.

The visits were extremely informative and thought-provoking, Steberger said. CGL has provided a list of up to six more facilities to tour, and her team is working on scheduling those visits, she said.

Next week, a “vision” meeting with internal project stakeholders is scheduled, and CGL will be meeting with prison staff to get their input as well, Steberger said.

Once the needs assessment is ready, it will be presented to the Prison Board and the commissioners, then posted on the website that’s being developed for the prison project. After that, the advisory committee that’s working with CGL to develop the prison will schedule public meetings to gather feedback. An initial meeting took place last month.

Previously, officials had indicated the website would be up and running by now. Things have gone more slowly than expected, Trescot said, and the advisory committee decided it didn’t make sense to launch the site until there was more to put on it. It will launch once the needs assessment is available, he said.

Don’t wait that long, advised the Rev. Jason Perkowski of the POWER Interfaith coalition. Launching sooner rather than later will give community members time to become familiar with the site, and the county already has material it can post, such as contact information and a prospective timeline, he said.

Earlier this year, CGL completed a prison needs assessment for neighboring Berks County, projecting a need for 960 beds in 2035. POWER Interfaith is reviewing it, Perkowski said, and invited other community members to do the same to get a sense of how such assessments are developed and to be able to comment knowledgeably on Lancaster County’s once it’s available.