Public input is gathered for Lancaster’s comprehensive plan at a tabling event in Crystal Park. (Source: City of Lancaster) 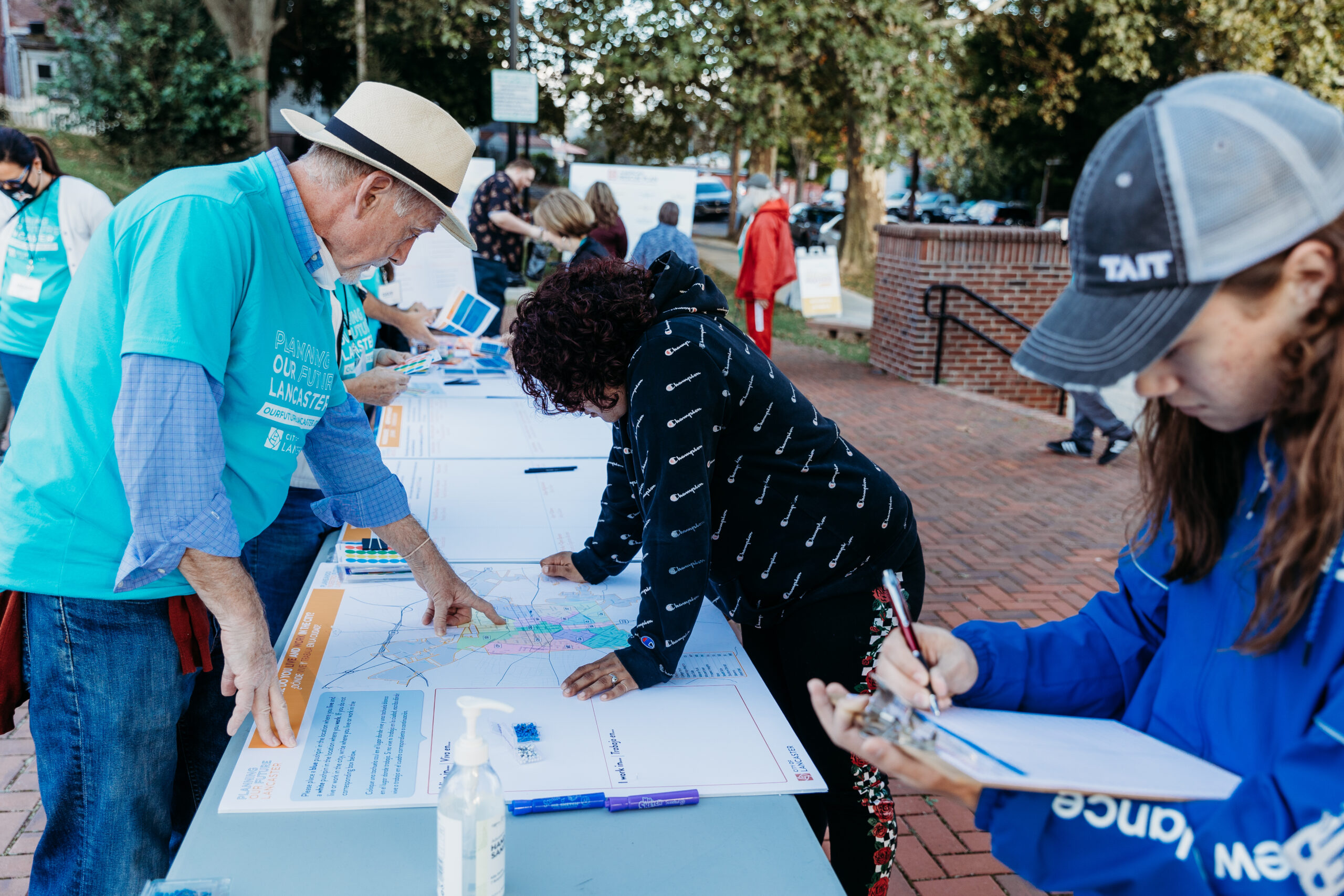 The team developing Lancaster’s comprehensive plan has done its preliminary research, laid the groundwork and is now settling in to craft the actual document, Director of Community Planning & Economic Development Chris Delfs told City Council at its meeting Tuesday.

The draft plan should be ready for release this coming spring, he said. At that point, there will be additional opportunity for public input as well as review and revision by the Planning Commission. After that, the plan would go to City Council for adoption, hopefully that summer.

The team has collected copious amounts of data, Delfs said. Moreover, despite the challenges of the pandemic, it was able to gather an unprecedented amount of public input: Including in-person meetings, online interaction and survey respondents, more than 4,700 people were engaged directly.

Comprehensive plans are road maps for municipal policy, addressing issues such as housing, economic development, city infrastructure, public services and more. They can have far-reaching effects, influencing the cost of living, opportunities for business, the resilience of the environment and the availability of community services.

The plan Lancaster is creating will replace one developed in the early 1990s. The city is working with a consultant, Bergmann Associates, several sub-consultants and a Comprehensive Plan Committee, a diverse 19-person panel of community members. Initially, the hope had been to complete the plan this year.

Asked what main themes or concerns emerged from the community engagement process, Chief Planner Douglas Smith cited two: Affordable housing — including the preservation and restoration of existing stock as well as the development of more — and the safety and ambiance of city streets.

In addition to issues like those, which are citywide, there were deeper dives taken into the challenges and opportunities presented in particular locations, Delfs said, such as the Conestoga River frontage, the County Prison site next to Reservoir Park, which will be vacated once the county’s new prison is built, and the undeveloped sections of the Northwest Gateway area.

The city has set up a dedicated website for the comprehensive plan, ourfuturelancaster.com. The documents posted there include a detailed report on the public input process the city used and a draft of “Lancaster Today,” a 164-page compilation of demographic, economic, cultural and environmental data that the plan’s writers will work from.

They will also work from a set of Community Development Objectives, outlined in the last section of the public input report. Derived from the past year’s discussions, they consist of three overarching objectives — social equity & inclusion, sustainable & healthy environment and access to opportunity — to be pursued in 10 policy categories, as follows:

Traditionally, comprehensive planning has been a top-down process, Mayor Danene Sorace said. This time, Lancaster is making a concerted effort to ensure it is community-driven, implemented from the ground up. The level of public engagement that’s been seen should be “a source of tremendous pride,” she said.