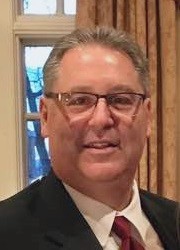 Last fall, when the Lancaster Family YMCA announced its management agreement with the YMCA of York and York County, leaders said it was likely to lead to a merger.

And so indeed it has. The boards and membership of the two nonprofits have voted to approve a merger agreement, and it is expected to take effect in December, once the necessary legal paperwork and filings are completed.

"We think we have a very good, solid business model," said Larry Richardson. Previously CEO of the York YMCA, since last fall he has led the Lancaster YMCA as well.

Under the terms of the merger agreement, the Lancaster YMCA will be absorbed into the York YMCA, which will be renamed "YMCA of the Roses."

That will be "the official name and public-facing brand," Richardson said. Each branch is expected to retain its own name. There are two in Lancaster County, the City Center YMCA and Lampeter-Strasburg YMCA, and five in York County.

The two organizations' boards will be merged, Richardson said: Going forward, the agreement stipulates that each county must have at least one-third representation.

The Lancaster County Community Foundation provided a grant through its Partnership Program that covered some of the merger costs.

"The Community Foundation understands the long-standing legacy of the Lancaster Family YMCA and the valuable services it continues to offer," the foundation's Director of Programs Dave Koser said.

"When we became aware of the ways its position would be strengthened ... we jumped at the opportunity to support the project," he said.

The merger brings to a close a difficult period for the Lancaster YMCA.

Even before the pandemic, it had been seeking a partner. It was in a precarious financial position, struggling with $5.5 million in debt taken on to build the two new branches.

Early in 2020, a proposed merger was announced with the YMCA of Greater Brandywine in Chester County, but when Gov. Tom Wolf issued his Covid-19 shutdown order in March 2020, Greater Brandywine backed out. At that point, it appeared the Lancaster YMCA might have no alternative but to file for bankruptcy.

Instead, in September, the York YMCA stepped in. That same month, the Center City and Lampeter Strasburg branches reopened. A few weeks later, the sale of Camp Shand to Lebanon County raised $725,000 to help pay down debt.

Since then, operations have gone according to plan, with programs reopening and returning to normal, Richardson said.

Membership across the York and Lancaster branches dropped by about one-third over the pandemic, from 29,415 to 20,335. It is now rebounding, and the YMCA expects it to exceed 30,000 within the next 18 months.

This month, the YMCA opened a New American Welcome Center at the Lancaster Center City branch. There are discussions about opening a Youth Development Center in the fall, which would offer academic, leadership and life skills training. And the organization is eager to develop new partnerships in the community and add offerings that reflect the YMCA mission, Richardson said.