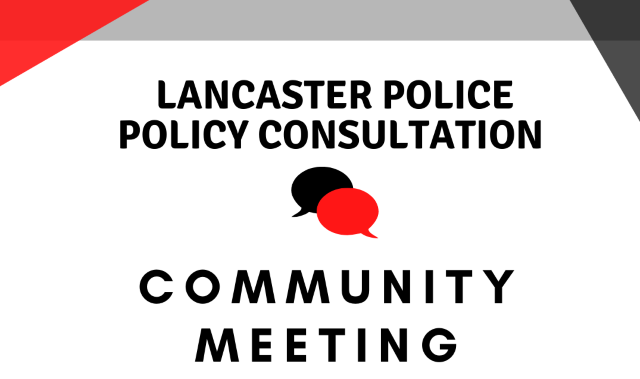 Lancaster's city government is inviting the public to a Zoom virtual meeting to discuss police policy and community relations.

Earlier this year, the city engaged Virginia-based consulting firm CNA to conduct an independent review of the police department and make recommendations. The meeting is a component of the review process.

The city says the topics will include:

Police Chief John Bey has said his No. 1 priority is improving police-community relations and trust.

Bey served as interim chief from the end of 2020 through mid-June. Mayor Danene Sorace named him to the position permanently last month; City Council has a resolution ratifying his appointment on its meeting agenda for Tuesday.

The meeting was initially scheduled for late June, but subsequently postponed.