Tammy Rojas, a coordinator with Put People First! PA, speaks to Lancaster City Council on Tuesday, July 27, 2021. Michelle Uleary, of Mickey’s Mission of Hope, is second from left in the background. (Source: City of Lancaster) 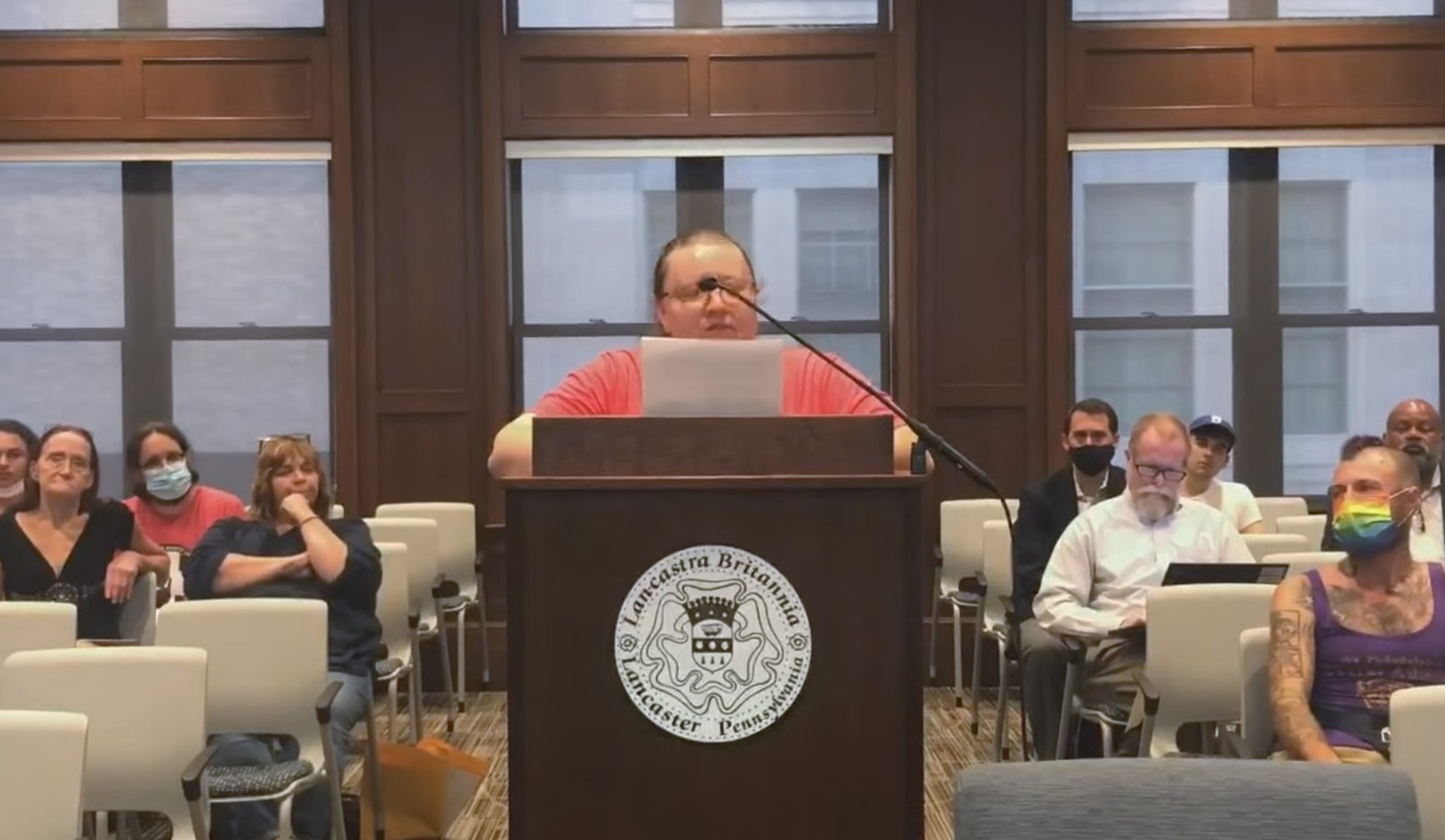 Tammy Rojas, a coordinator with Put People First! PA, speaks to Lancaster City Council on Tuesday, July 27, 2021. Michelle Uleary, of Mickey's Mission of Hope, is second from left in the background. (Source: City of Lancaster)

One of Lancaster city's most passionate advocates, and one of its government's most persistent critics, is pulling up stakes this weekend.

Tammy Rojas says the ongoing gentrification she has denounced and sought to stem as an organizer with Put People First! PA has hit home: She can no longer afford to live here.

"I am one of many being displaced due to poverty," Rojas told City Council Tuesday, in what she called "the final time I will speak as a Lancaster city resident." She told Council she considers Lancaster "the only home I have ever really known."

She and her partner, Matthew Rosing, are moving in with family in Dauphin County, Rojas told One United Lancaster.

"I feel abandoned and pushed out by this administration," Rosing told City Council.

Coincidentally, around the time the relocation became inevitable, Rojas had been named to the national executive board of the National Union of the Homeless.

Rojas, Rosing and their fellow Put People First! PA members campaigned strenuously against UPMC Pinnacle's closure of the former St. Joseph's hospital on Lancaster's west side; and then, against the sale and rezoning of the property.

Private developer Washington Place Equities and housing nonprofit HDC MidAtlantic are partnering to convert the site into a mix of market-rate housing, affordable housing and retail. City officials say the proposed 90 to 120 affordable units would be the largest addition to Lancaster's stock in years.

On Tuesday, Rojas accused federal, state and local governments of working hand in hand with predatory health care organizations during the pandemic.

"Stop allowing these profiteers to get rich off our pain and suffering. ... Listen to the poor and change the path and the direction we are heading," she said.

In January, Rojas contracted Covid-19. She said she is still dealing with the after-effects, including fatigue, reduced lung capacity and periods of "brain fog."

Rojas and Rosing fully intend to continue their activism. People have to start seeing poverty, poor health and housing insecurity as the systemic, interconnected issues they are, Rojas said. 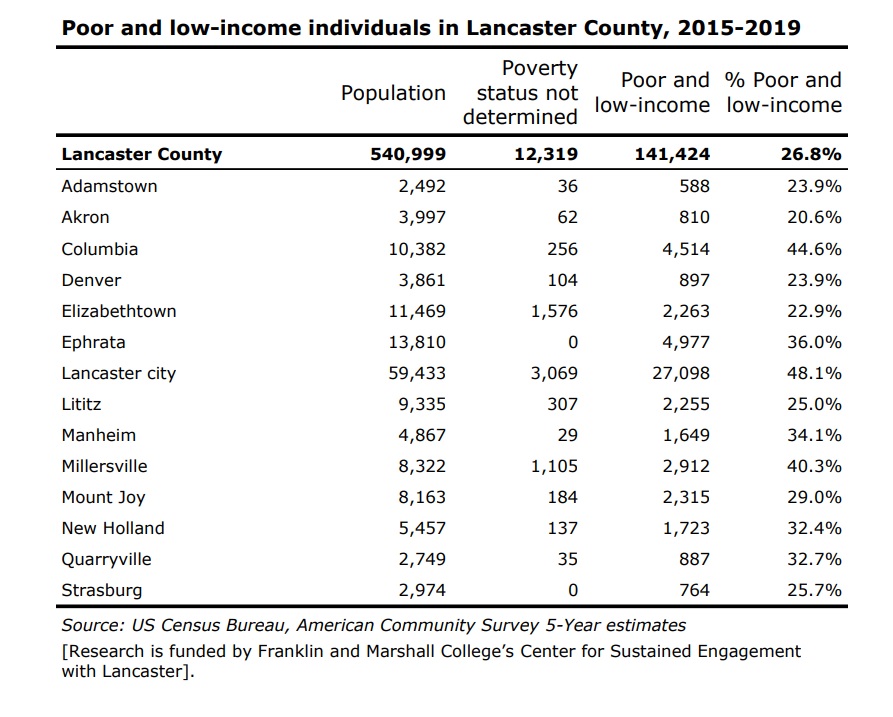 Among other initiatives, Put People First! PA is collaborating with researchers at Franklin & Marshall College on a local "moral budget," an offshoot of the one developed by the national Poor People's Campaign.

On Tuesday, the organization provided City Council with some of the research: A table showing percentages of poor and low-income individuals in selected municipalities. For Lancaster, it's 48.1%.

That's consistent with the United Way of Pennsylvania's ALICE project, which puts the number of struggling Lancaster city households at 56%.

"We are the folks literally struggling to survive day by day," Rojas said.