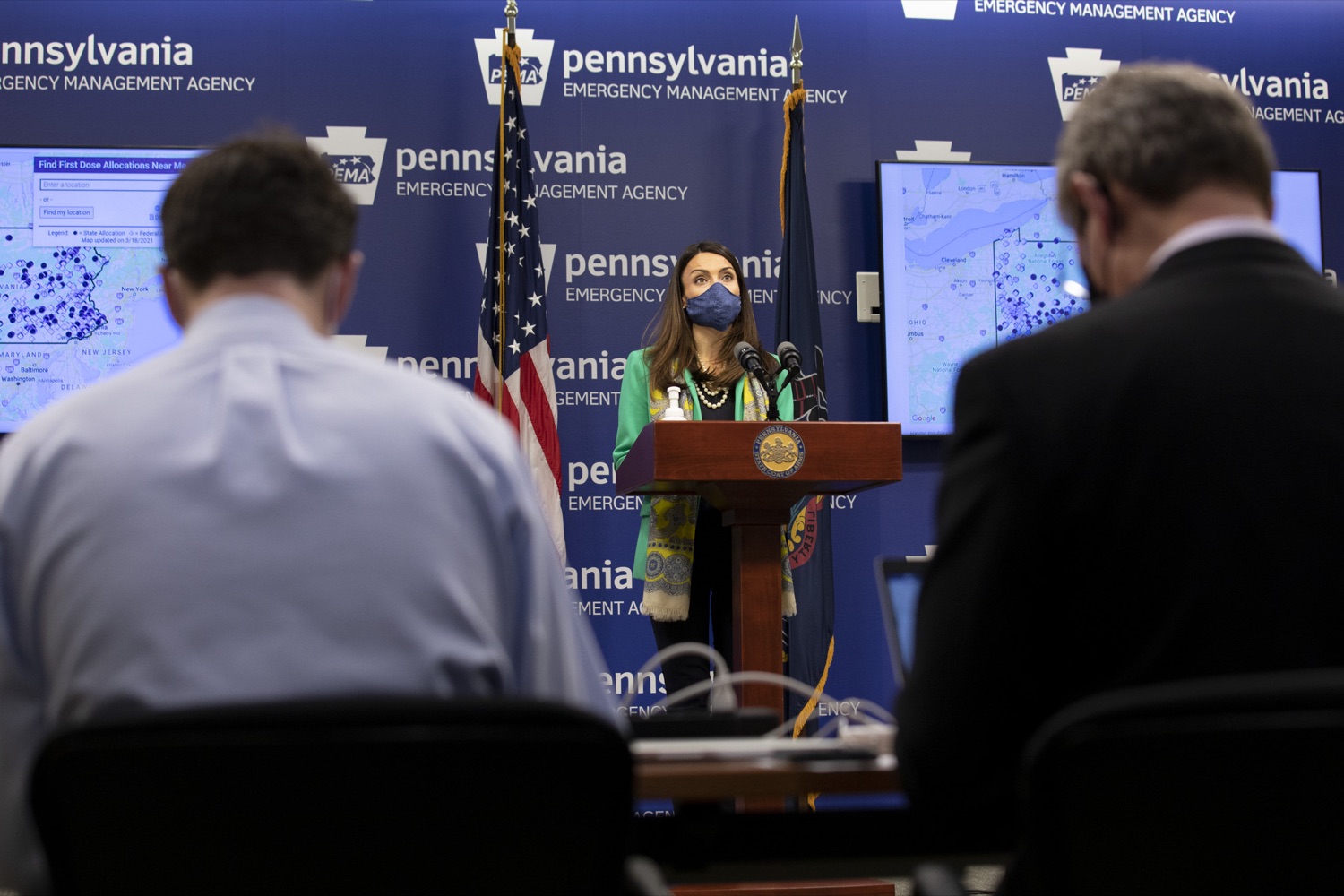 The state is working diligently toward opening eligibility to everyone above age 16 on May 1, in line with President Joe Biden's goal for the U.S. as a whole, the secretary said.

Over the past seven days, the state ranked No. 2 in the nation in vaccinations per 100,000 population, Beam said during an online media briefing.

Still, vaccine supplies remain short, she said, adding: "We have a very long and challenging road ahead of us."

The state is expecting the federal government to increase its shipments shortly of the one-shot Johnson & Johnson vaccine, and Beam said the Health Department and Pennsylvania Emergency Management Agency are laying the groundwork now to deliver those increased supplies into Pennsylvanians' arms. 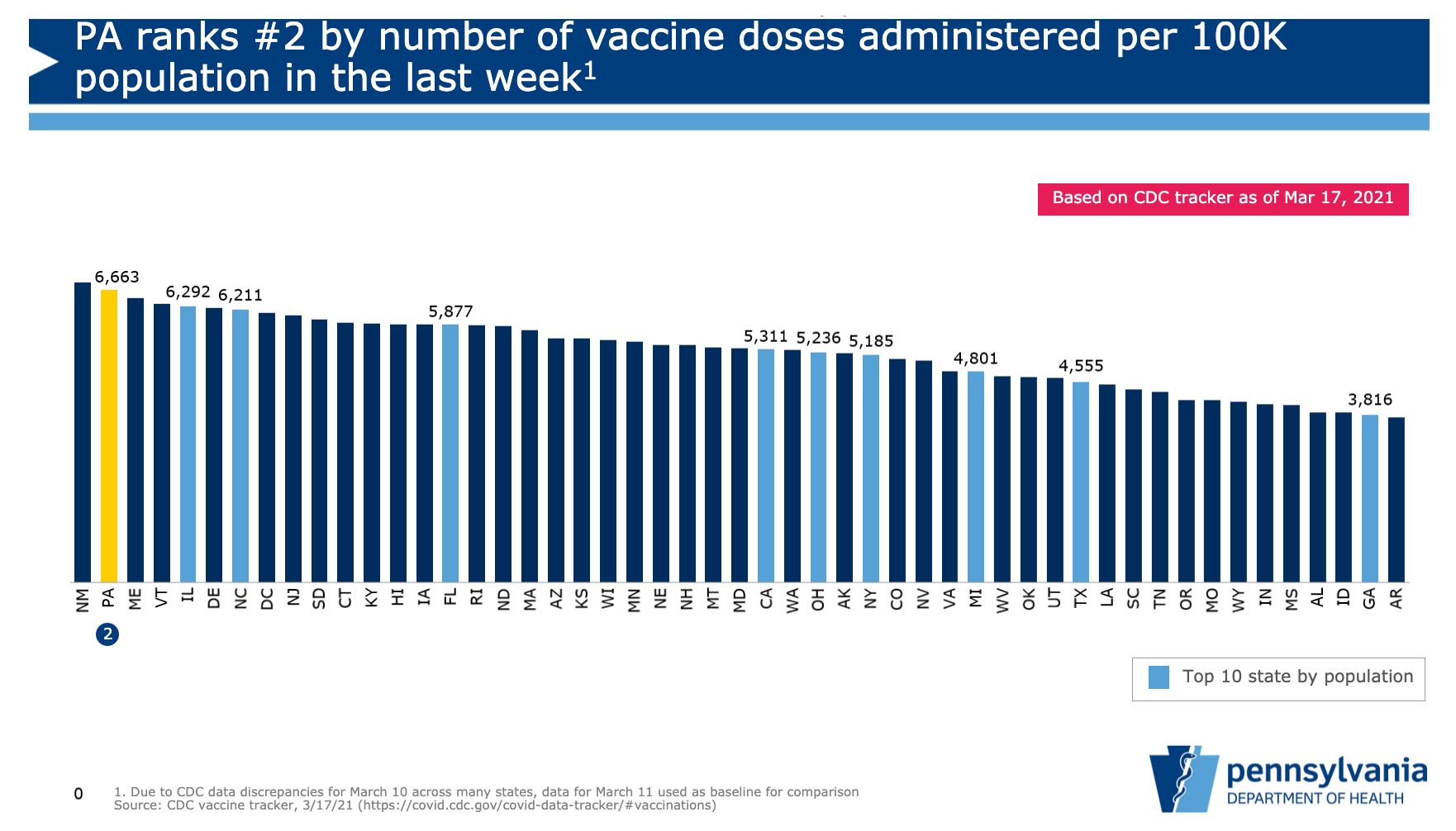 Last week, Gov. Tom Wolf set March 31 as the goal for registering all Pennsylvanians eligible in Phase 1A, which includes seniors over age 65 and adults with qualifying medical conditions.

Neither that date, nor the May 1 date for opening eligibility to the general population, constitutes a deadline for actual vaccinations. Rather, they are targets for getting designated populations into the pipeline for an appointment.

Beam praised local collaborations in Lancaster County and elsewhere to expand vaccination opportunities, saying, "That's what residents need to see in every corner of the state."

The Vaccinate Lancaster community vaccination center at Park City Center mall has been open just over a week and is now vaccinating roughly 1,500 people a day.

The state wants to set up a regional mass vaccination center that would administer the J&J vaccine, while counties continue to administer the Pfizer and Moderna vaccines.

County health officials say they have plenty of capacity and could make good use of the J&J vaccine themselves. They argue that creating a single mass site would mean long drives for thousands of patients and would be less equitable and efficient.

They've also argued strenuously that the state is shortchanging them in its vaccine allocations.

Beam said the state is offering to use its larger scale and capacity to supplement the counties' efforts "in a sustained way." The counties, she said, are not being "shut out."

"These two things should work in parallel," she said.