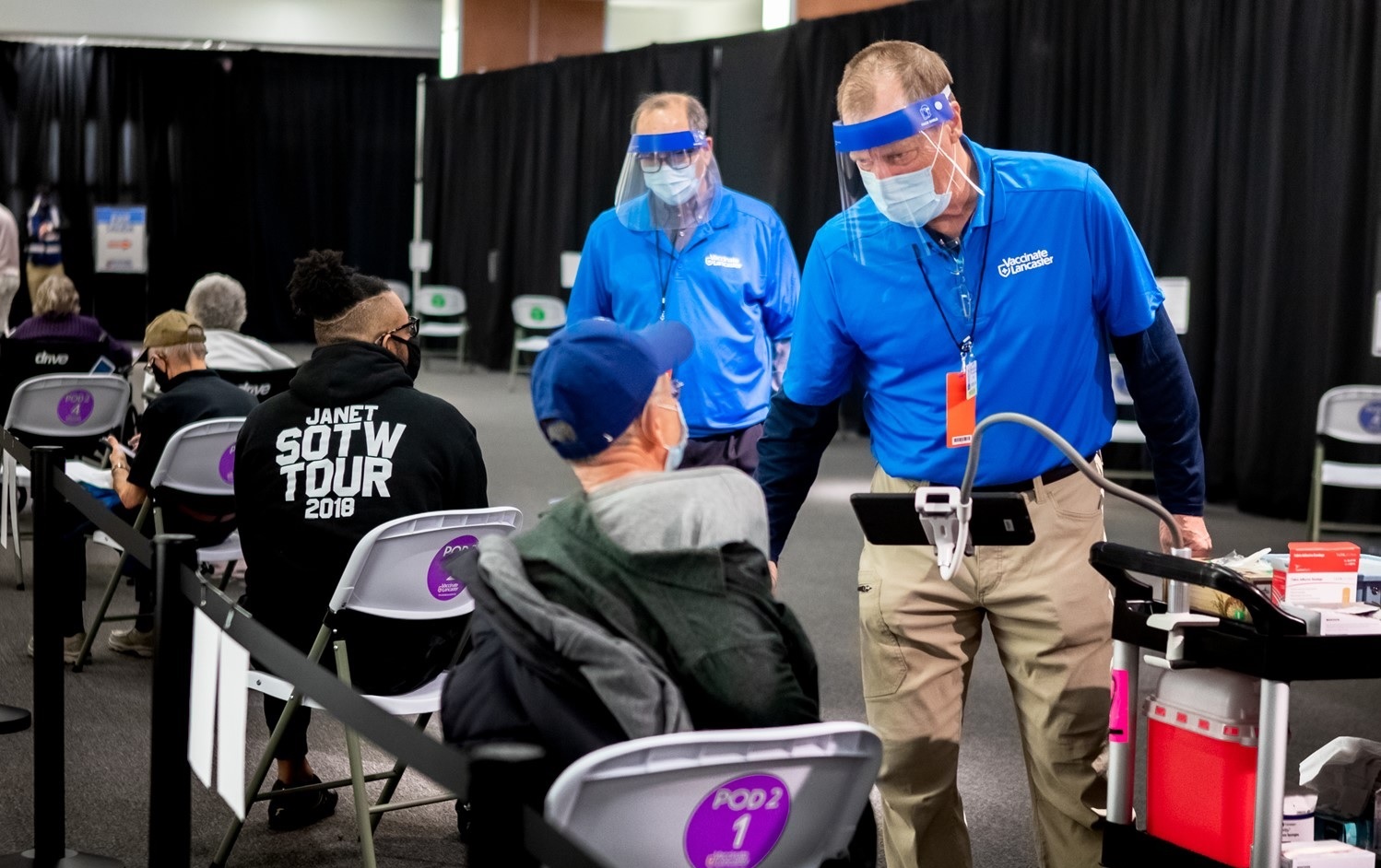 The Lancaster County commissioners are scheduled to vote this week on whether to establish a countywide "Health Advisory Council."

The council would consist of 9 to 13 members, "broadly representative of Lancaster County," who would serve two-year terms. They would advise the commissioners "on matters of community-wide health" and emergent threats such as the coronavirus pandemic.

Members could include health professionals, representatives of educational institutions, local governments and social services and community members at large.

Those parameters and others are outlined in the council's proposed charter, included in the materials for the commissioners' Tuesday morning work session at the County Government Center. (To read the charter and the resolution that would establish the council, click here.) 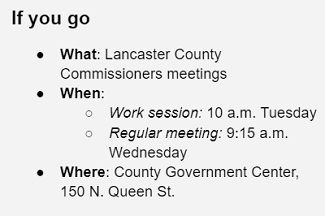 It would not be authorized to spend county funds, "enact or enforce policy or procedures" or speak on the county's behalf. The council would be dissolved after two years unless the commissioners vote to renew it.

The resolution to establish the council is scheduled for a vote Wednesday. It indicates the group would be up and running by January 2022.

An inquiry by One United Lancaster seeking further details of the council was not immediately answered Monday. 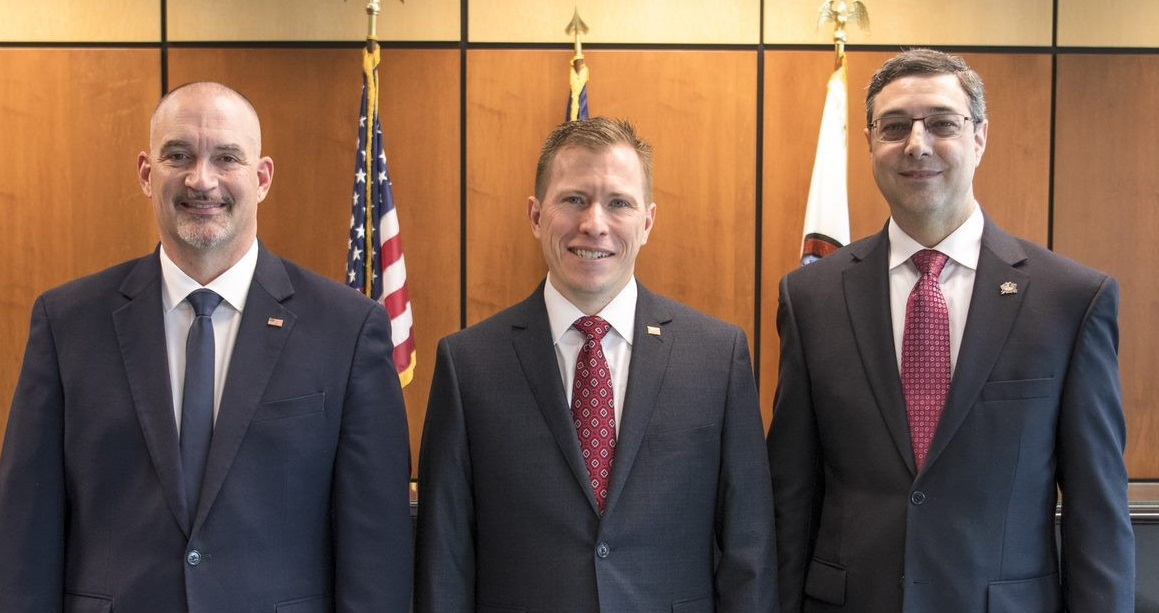 The coronavirus pandemic has led to renewed debate over Lancaster County's need for a public health department. Advocates say the county's efforts to track health data and respond to health threats such as pandemic or childhood lead poisoning is hampered by its lack of institutional capacity.

This year, the county created the new position of Health and Medical Emergency Preparedness Coordinator. It hired Violet De Stefano, who is in her mid-20s and holds a bachelor's degree in public health management.

Craig Lehman, the sole Democrat on the board of commissioners, favors creating a health department. His Republican colleagues, Josh Parsons and Ray D'Agostino, have been more skeptical.

Of the two, Parsons has been the more vocal, saying it is far from clear that one would be worth the expense and contending that counties with health departments have not clearly outperformed those without them in responding to the pandemic.

In lieu of a health department, the county has relied on public private partnerships, typically led by Penn Medicine Lancaster General Health. It is the county's dominant health system, with roughly 70% of local inpatient market share, and as such, would presumably be part of the health council.

Spokespeople for the health system did not immediately respond to a request for comment.

During the pandemic, LG Health conducted the lion's share of the county's contact tracing and led the consortium that established the mass vaccination clinic at Park City Center. This summer, LG Health announced "Lead Free Families," a $50 million initiative to abate lead-paint hazards in at least 2,800 county homes over the next decade.

In a Sept. 19 editorial, LNP newspaper lauded LG Health for its public health initiatives, but cautioned: "It is not a substitute for a public health department."

Earlier this year, Manheim Township passed a resolution calling for a county health department and urged other municipalities to do the same. Lancaster's City Council and the borough councils of Denver and Marietta did so; conversely, at least half-dozen boroughs and townships rejected the idea.