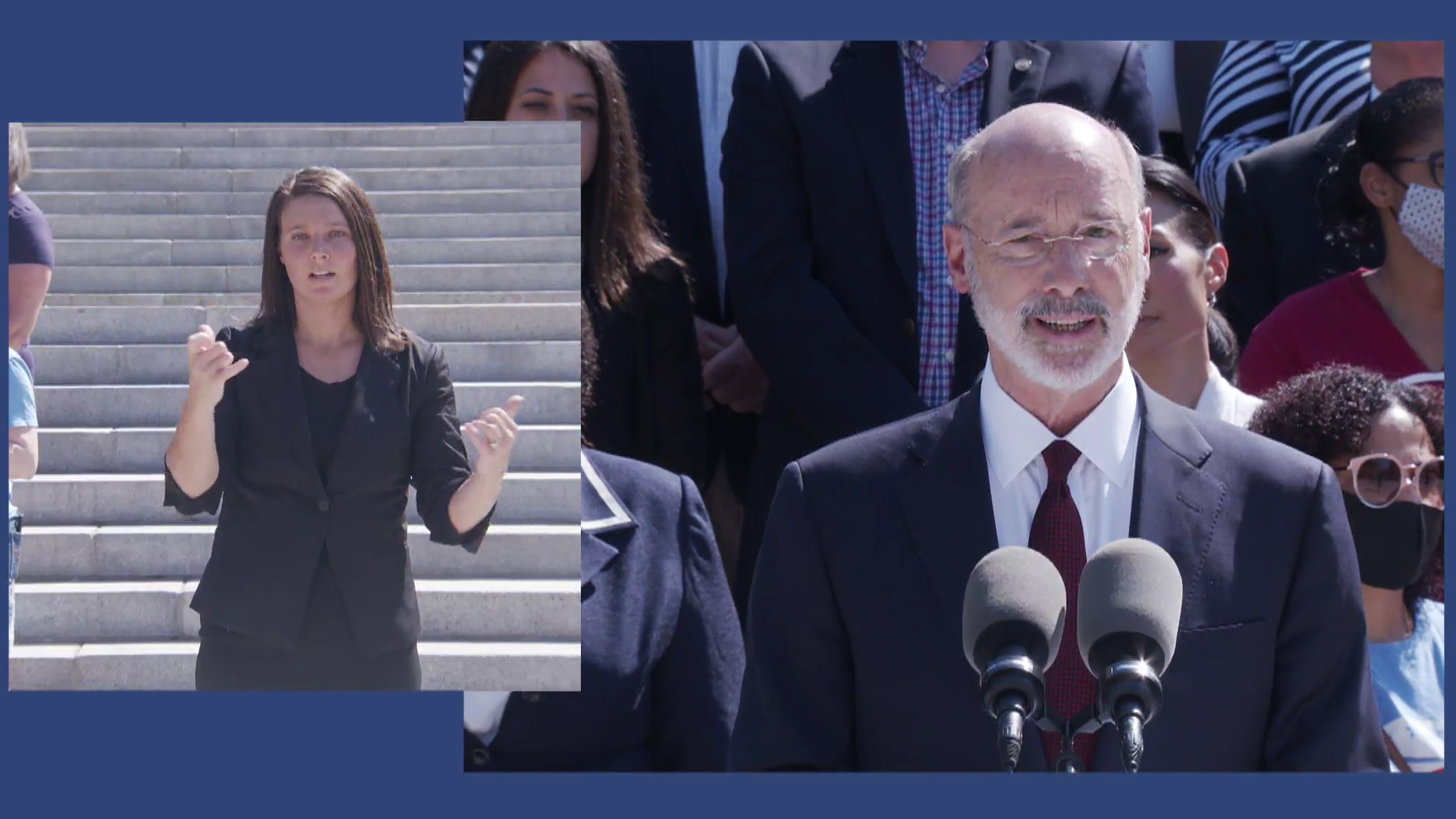 Gov. Tom Wolf speaks about education funding during a media conference at the state Capitol on Wednesday, June 30, 2021. (Source: Pa.gov)

House Bill 1300, dubbed the "Voting Rights Protection Act," included reforms that county election officials say are needed. Most notably, it would allow "pre-canvassing," which permits mail-in ballots to be prepared for counting prior to Election Day.

But it also contained a strict voter ID provision that Wolf and his fellow Democrats have denounced as unnecessary and a clear attempt to make voting harder for Democratic-leaning segments of the electorate.

He called the Voting Rights Protection Act "selectively discriminatory," and noted similar Republican initiatives elsewhere in the U.S.: "We don't want to be Arizona or Texas or Florida."

Concurrently, Wolf used his line-item veto power to eliminate a provision in the state budget that would fund a Bureau of Election Audits, a new office that the Voting Rights Protection Act would have established.