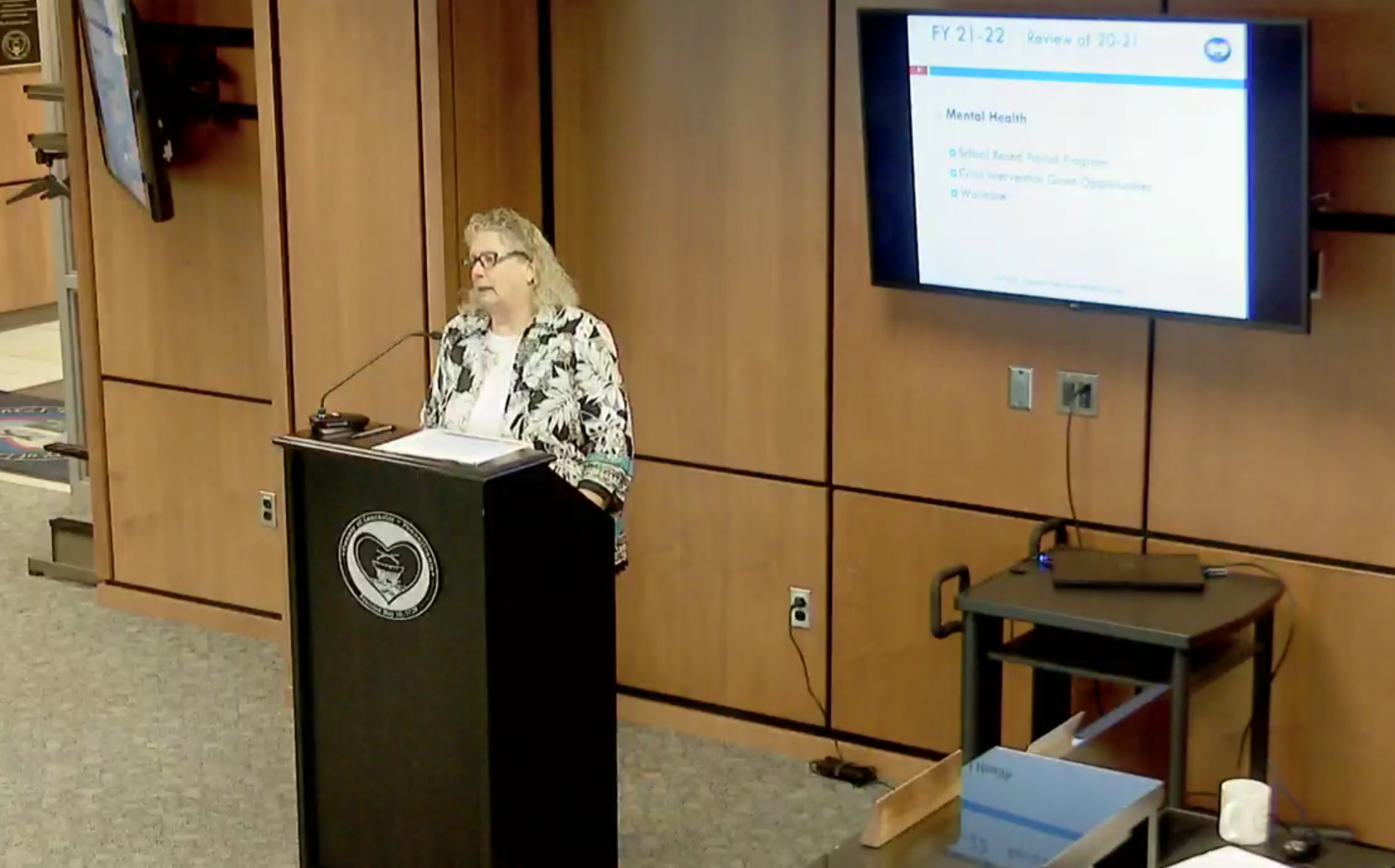 West Lampeter Township Police Chief Brian Wiczkowski vividly remembers one of the noise complaints he responded to earlier in his career, when he was a Lancaster city officer.

It turned out the complainant's neighbor was playing loud music in an effort to drown out the voices in his head.

"There's no doubt in mind he was truly hearing those voices," Wiczkowski said.

Law enforcement experts estimate about one in 10 police calls involves a mental health issue. Advocates say having counselors available to police on such calls reduces risk and improves outcomes: Situations can be de-escalated and individuals, instead of being arrested, can be referred to appropriate care.

Lancaster County government's Behavioral Health & Developmental Services Department has a Crisis Intervention program to assist police departments. However, budget and staffing constraints have limited its ability to respond promptly to incidents in progress.

Now, BHDS is looking to change that with help from a $1.5 million state grant, Executive Director Judith Erb said.

The two-year grant would allow BHDS to increase its Crisis Intervention staff and "embed" peer specialists through a partnership with Blueprints for Addiction Recovery, a local addiction treatment firm.

Do you need help?

• If you or someone you know is experiencing a mental health emergency that requires immediate attention, call Lancaster County Crisis Intervention at (717) 394-2631.

• The United Way's 211 hotline is free and confidential and offers referrals to thousands of human services organizations. Its online database includes extensive links to crisis hotlines and mental health resources.

Since mid-March, Blueprints has operated Gateways, a pilot program. It makes peer counselors available to join police officers at mental health incidents, providing the real-time, on-site response that had been missing.

Gateways developed out of brainstorming sessions between Wiczkowski and Blueprints CEO Christopher Dreisbach. Counselors are supplied from Second Chance PA, a Blueprints program that allows police to refer drug and alcohol abusers for addiction treatment, potentially as an alternative to arrest and criminal charges.

Gateways operates on weekends from Friday evening to Monday morning. Counselors have responded to several weekday calls as well.

It's been effective, Dreisbach said. But it's limited, and although Blueprints was able to absorb the costs of a trial run, it was always understood that Gateways would need a funding source to be a fully fledged, sustainable service.

There was also the question of whether police departments should call Gateways directly, call Crisis Intervention, or both.

By partnering, they will be able to offer local police departments a single point of contact, with personnel able to respond seven days a week.

Gateways counselors and BHDS staff already have responded jointly on several occasions. BHDS provides clinical expertise, including risk assessment, Erb said. Gateways' peer counselors, for their part, have both training and lived experience with mental health issues. Their experience as mental health consumers can give them a different rapport with individuals in crisis, and allow them to build trust, Erb said.

The grant BHDS has applied for comes from the Covid-19 relief package that Congress passed in December. More than 30 counties sought allocations; Lancaster County was among those that passed a preliminary review, and it's likely to receive the funding, Erb said.

BHDS will know shortly if it has been approved. If it is, staff would then be hired and trained, allowing the partnership to get under way "in a few months," deputy BHDS director Judy Holtry said.

"We are really hopeful that this will come to fruition," she said.

Erb said BHDS has been meeting since last fall with nonprofits, mental health providers and members of law enforcement to talk about its communications and response protocols and how to improve them.

Mental Health America of Lancaster County was instrumental in convening the discussions. BHDS is working hard to identify and fill the gaps and "is really responding to the needs of our community," said Kim McDevitt, MHA Lancaster's executive director.

Nationwide, policymakers are increasingly looking to deploy mental health professionals to 911 calls that previously would have drawn a police response alone. In Washington state, a new law mandates the practice. In New York State, the new approach seems to be working.

Wiczkowski said he sees the idea as a "win-win-win." Individuals who need help get it; police departments have less need to divert time and resources away from crimefighting; the community is less impacted by negative behaviors.

Most departments share that view, Dreisbach said, but some remain skeptical. That's "disappointing," and a disservice to their communities, he said: He'd like to see all the departments on board, and access to care made available to every Lancaster County resident who needs it.

Last September, a police response to a mental health incident ended in tragedy, when a city officer, acting alone, shot and killed Ricardo Munoz, 27, who had charged the officer brandishing a knife. Munoz suffered from schizophrenia and bipolar disorder.

While Munoz' death certainly brought intense public attention to the issue of crisis response, Dreisbach said it was not the catalyst for reform efforts. Recognition that there were problems long predated the incident, as did the push for improvement, he and Wiczkowski said.

It's unlikely Gateways would have been deployed to the Munoz incident, as it is police policy to keep civilians away from incidents involving imminent risk of serious injury or death.

Following the two-year grant period, BHDS would look to continue the program, Erb said, probably through a mix of block grant funding and its managed care program for Medicaid clients.