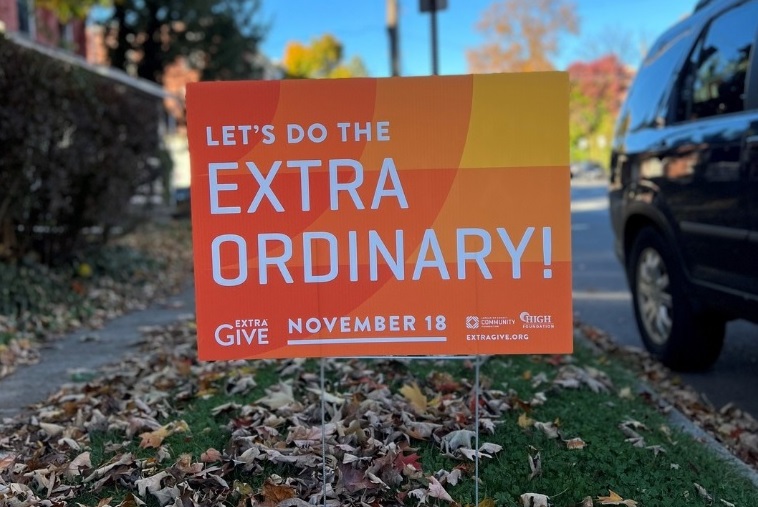 Hundreds of nonprofits across Lancaster County are counting down the hours until the stroke of midnight, 12 a.m., when Thursday turns to Friday.

That moment marks the start of Lancaster’s 11th ExtraGive. During the 24 hours that follow, individuals all over Lancaster County will be encouraged to donate to the charities of their choice. Donations are made online and can be a little as $10.

Created and run by the Lancaster County Community Foundation, The Extraordinary Give or ExtraGive is, on a per-capita basis, the most successful one-day fundraising event in the U.S. Local nonprofits have raised more than $82 million in the 10 ExtraGives held to date.

Receptions, parties and other events are being held all over the county, culminating with the ExtraGive Fest from 8 p.m. to midnight at the Lancaster County Convention Center.

The scope of activity marks a welcome return to normal after two challenging years. The coronavirus pandemic prompted organizers to curtail in-person events in 2020 and to move the ExtraGive Fest outdoors in 2021. Undaunted, donors maintained the ExtraGive’ unbroken streak of ever-larger totals, giving $13.4 million in 2020 and a record $15.8 million in 2021.

The level of generosity displayed each year “is a credit to this community,” and it has made the ExtraGive truly transformative, said Tracy Cutler, the Lancaster County Community Foundation’s executive vice president.

In all, more than 40,000 people have donated through ExtraGive to organizations whose work they value.

This year, the foundation has made a few tweaks to the setup. The main ones are as follows:

• Leaderboard: In the past, the online leaderboard has ranked organizations by total amount received. This year, the default ranking will be by number of unique donors. Viewers will be able to toggle the leaderboard to see the ranking by amount raised, Cutler said.

Why the change? The foundation wants to draw more attention to donors, Cutler and foundation spokeswoman Valentina Schade said, to everyone who is showing generosity, regardless of the amount they give.

• Stretch pool: Along the same lines, the ExtraGive “stretch pool” will be distributed based on the number of unique donors an organization has, rather than total dollars. The stretch pool and the ExtraGive’s various prizes together will add another half million dollars to the money raised by ExtraGive participants.

• Nondiscrimination statements: Last year, organizations were strongly encouraged to post their nondiscrimination policies on their ExtraGive profile pages. This year, the requirement is mandatory. That increases transparency, and lets donors see how an organization aligns with their own values, the foundation said.

Some conservative Christian organizations took exception to the change, fearing they were being targeted for their stances on sexual morality and LGBT issues or that the foundation was staking out a partisan political position. Three organizations announced they were dropping out because of the requirement: Align Life Ministries, Lititz Christian School, and Veritas Academy.

Others may have dropped out quietly. In all, there are 451 nonprofits signed up to take part in ExtraGive this year, down from 516 last year.

There’s always some churn from year to year, Cutler said. Participation in ExtraGive is always voluntary, and “we’re not trying to corner the market,” she said.

In an open letter, foundation President Sam Bressi said the foundation has “deep respect” for faith-based organizations and their right to steer their own course, he wrote. There is no requirement for what a group’s nondiscrimination policy says, but it has to be available: “[W]e believe our community is better served when its institutions operate with openness and transparency.”

Bressi’s letter is included in a set of documents posted on the ExtraGive website explaining the foundation’s policy on transparency and seeking to allay conservative organizations’ concerns.

The Lancaster County Community Foundation organizes each year’s ExtraGive, helped by roughly 30 sponsors who provide financial and in-kind support. The online giving platform is by GiveGab.

The foundation contributes to the stretch pool and covers more than $200,000 in ExtraGive operating costs. It does not derive any revenue from the event.

The High Foundation is 2022’s sole presenting sponsor. Rodgers & Associates, which had shared that role up to now, decided to step aside, President Sandy Skrodinsky said.

Rodgers & Associates accomplished its goal of promoting recognition of ExtraGive, and felt it was time to give other community leaders an opportunity to come forward, she said.

As in past years, the ExtraGive is encouraging the use of the social media hashtags #ExtraGive and #IGiveExtra. Posts that use one of the hashtags and mention an organization makes it eligible for a $500 prize.

Organizations and individuals can encourage giving through the Business Beacons and Fundraising Champions programs.

Throughout Friday, there will be a livestream on the ExtraGive website, with a mix of pre-recorded content and live check-ins at events across the county.

The foundation will kick off evening celebrations in Penn Square with a performance by Big Boy Brass, including the first live rendition of the Extra Give’s new theme song and, at around 5 p.m., the start of the light show in the Griest Building windows.

ExtraGive “is a day we come together to care for our community and cheer for each other,” Bressi wrote in a Nov. 6 LNP column.

“ExtraGive has always been about inspiring people to give to a cause they care about,” Cutler said.