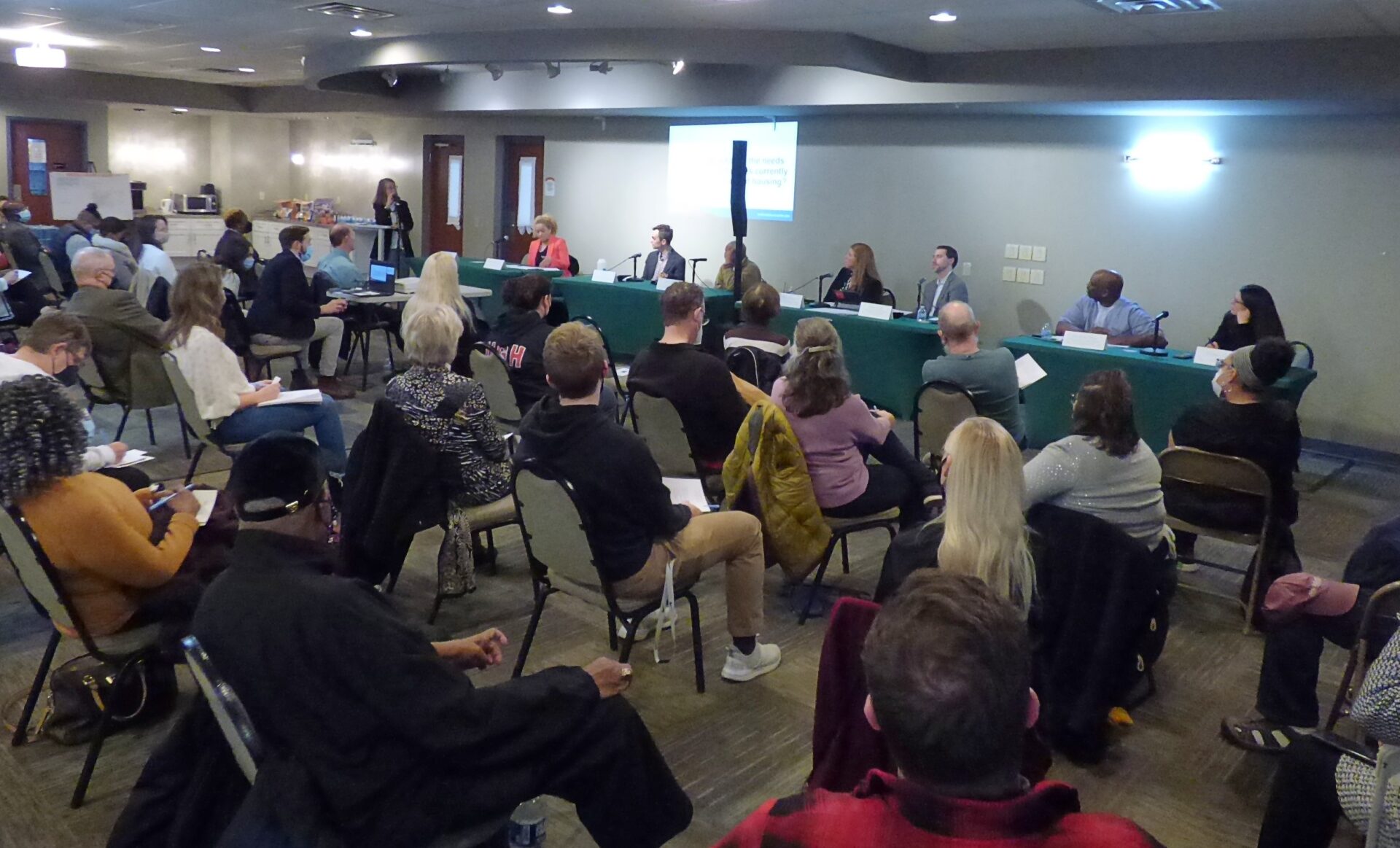 Worgs, who directs Towson University's African American Studies program, followed suit at Thursday evening's Carter G. Woodson Lecture, sketching out his concept of a just community: What it consists of, what the barriers are to achieving it, and how they can be overcome.

Joining Worgs was Mayor Danene Sorace, who gave an overview of the city's strategic plan, interim housing strategy and the current development of a new comprehensive plan; and a panel of city officials and community organization leaders.

The evening was sponsored by Millersville University in partnership with Bright Side and Lancaster city government.

Just communities have a mutually respectful relationship with law enforcement, he said, and residents are true neighbors, connected to each other in mutually supportive social networks.

Communities like that are eminently achievable, Worgs said: "Many of us live in them." But many others, of course, do not.

Why is that? Worgs cited five factors: Poor decisions in the past; the market economy's imperative to maximize profit, which directs development away from the needy and toward the affluent; racism; lack of political will; and lack of capacity.

Racism is especially important, he said: It pervades the other factors and makes it harder for communities to unite and solve problems.

Accordingly, his recommendations for building just communities began with, "Dismantle racism." He called for policymakers to undo previous bad decisions "or at least stop making them"; and for communities to make conscious efforts to limit market forces through housing co-ops, community land trusts, worker-owned enterprises and similar initiatives.

Most importantly, "we need to return to the concept of inclusive democracy," he said: When communities are mobilized and empowered, political leaders will respond to them.

Following Worgs' presentation, audience members were invited to reflect on what equitable housing policy means for Lancaster, with panelists responding to their comments. Audience members called for curbing house flipping, gentrification and profiteering and for recognizing safe, decent housing as a fundamental right. 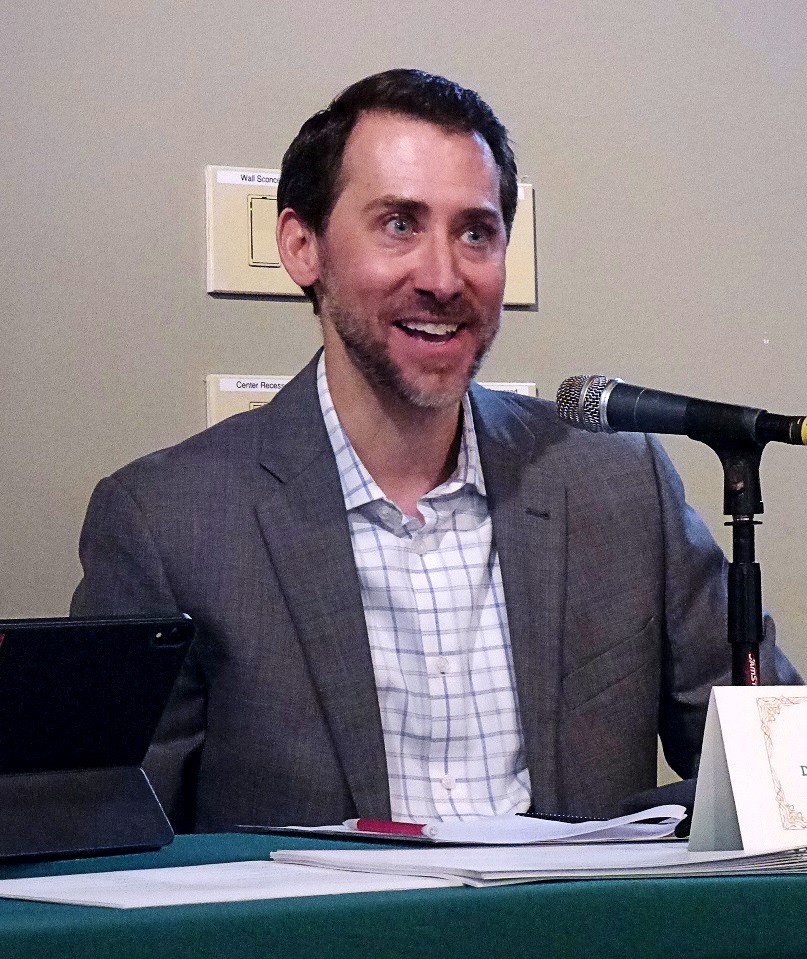 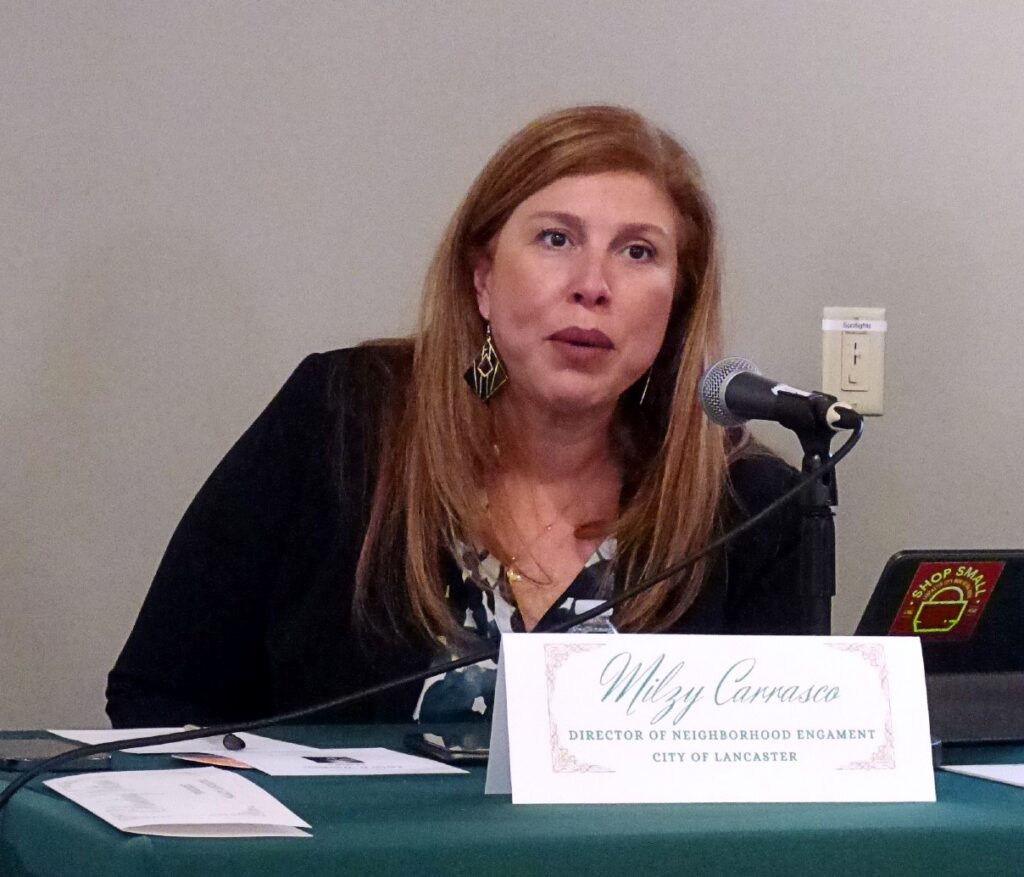 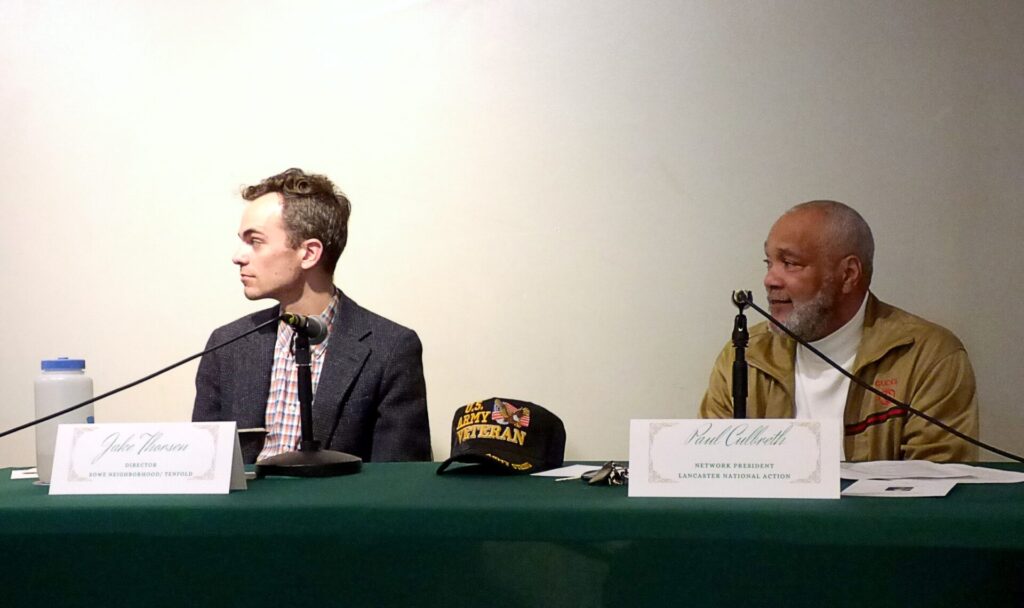 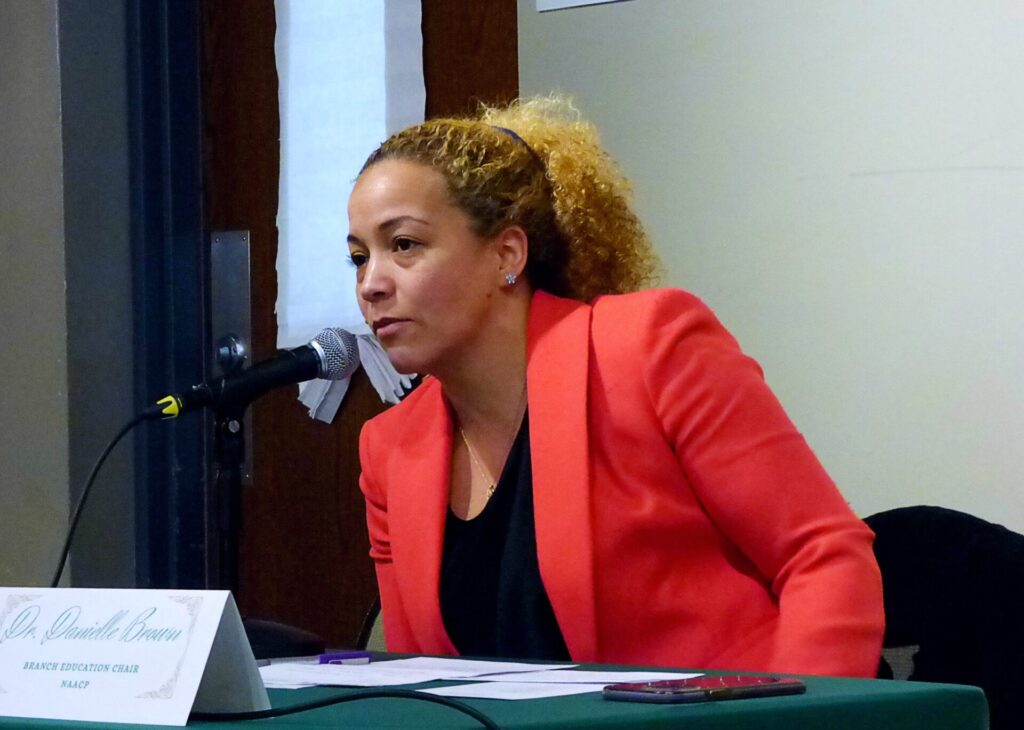 Panelist Chris Delfs, director of Lancaster's Department of Community Planning & Economic Development, oversees the city's housing strategy and code enforcement. He said the city's interim housing strategy is being intentional about funding affordable housing construction on the north side while promoting homeownership and preservation of existing housing stock on the south side.

"The challenges are different in different quadrants," he said. "... If you actually want to affirmatively further fair housing, you need affordable rental units in the northern quadrant of the city, and you also need that wealth building (through homeownership) in the southern quadrants."

Danielle Brown, education chair of the NAACP Lancaster branch, warned of trying to fix problems with "the same cycle of thinking" that led to them, quoting Audre Lorde: "Master's tools will never dismantle the master's house." Progress will start, she said, by "decentering the voice of power."

Paul Culbreth, president of Lancaster's National Action Network chapter, said the organization is studying the impact of gentrification on local Black and Brown communities and working to identify those complicit in it, consciously or unconsciously.

Milzy Carrasco, city director of neighborhood engagement, stressed the importance to communities of accessible resources of all varieties: corner stores, churches, social services. A city asset-mapping project found the richest resources in the southeast, she said -- drawing skepticism from Culbreth, who said services have become less accessible and that organizations have grown bureaucratic and out of touch.

Jake Thorsen, director of the SoWe neighborhood improvement initiative, characterized affordable housing as a "continuum": People enter the housing market at different price points, and renters trying to build equity for a down payment need those paths to be available.

Asked to offer the last word, Worgs said he was heartened by the evening's discussion.

"This is a perfect example of the building of civic capacity to take on a complex challenge," he said. Such discussions force people to move beyond ideology and snap judgments about others, he said: "That's how you reweave the fabric of the broader democracy, through this local democratic participation."