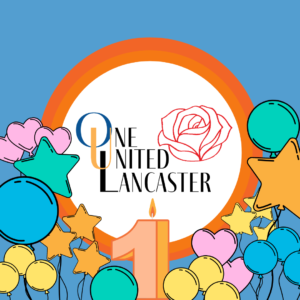 Last March, as coronavirus was upending all our lives, I got a call from Kevin Ressler.

I had gotten to know Kevin when I was LNP newspaper's city government reporter and he was running for mayor. I knew he had recently become president and CEO of the United Way of Lancaster County.

Kevin had a proposition for me: How would I like to help launch a community news service?

He'd been mulling the idea even before the pandemic. When your work involves addressing community needs, you see a lot of stories that deserve to be told, but aren't brought to light.

Plus, there was a lot of uncertainty and misinformation swirling around regarding Covid-19. Kevin saw a need for a reliable clearinghouse for information and resources geared toward the local nonprofit community.

Over our first 12 months, we've done our best to live up to Kevin's vision. We've intensively covered stories like the utility shutoffs in Ephrata Borough and the challenges of implementing Pennsylvania's flawed Rental Relief Program.

I can’t say enough about the dedication of our writers, both in-house and freelance, whose bylines you’ve seen week in and week out. Without them, One United Lancaster would not be possible.

Now, as we head into our second year, millions of Americans are being vaccinated, bringing hope that Covid-19 will recede from its dominance in the news and in our lives, though its effects will continue to be felt.

Nationwide, the pandemic both exposed and exacerbated America's many racial, social and economic disparities. There is fresh attention being paid to those inequalities, and new determination to rectify them.

While Lancaster County isn't immune from those problems — far from it — it also has an exceptionally energetic and engaged nonprofit sector. And ours is a community of everyday philanthropists, who give at extraordinary levels to the causes they believe in.

In short, One United Lancaster has a lot to write about, a lot to cover, and uncover. We look forward in the year ahead to continue reporting on local issues, highlighting local efforts large and small to make our community better, and offering "truth with context."