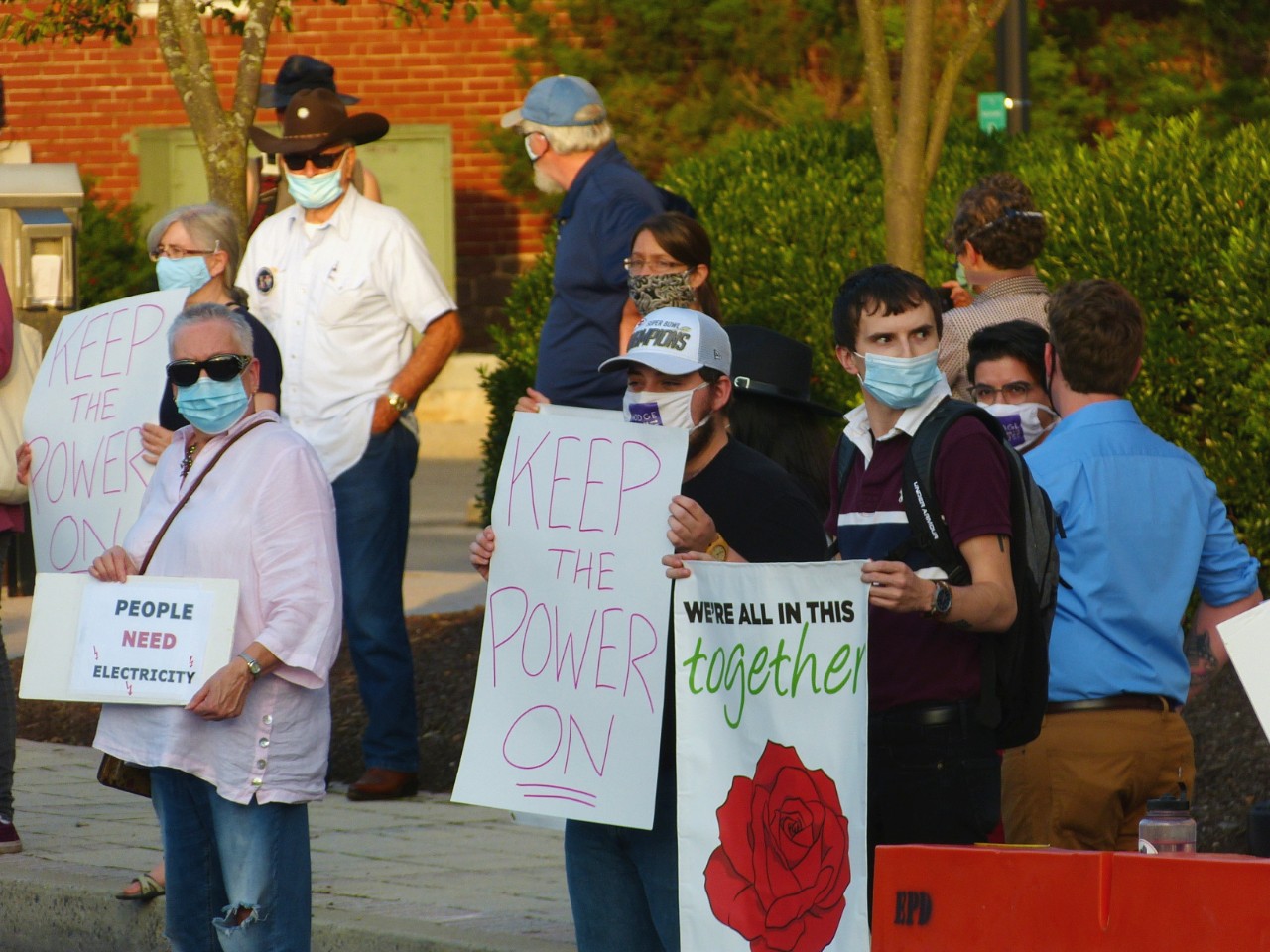 Dozens of people rallied Tuesday evening outside Ephrata Borough Hall, calling for borough council to reverse its decision to restart utility shutoffs during the coronavirus pandemic.

"Turning off electricity in the middle of a pandemic where there's massive unemployment is immoral," said Susanna Wurtz, one of the leaders of Northern End Stands Up, a local chapter of Lancaster Stands Up and the group that organized the demonstration.

The borough's approach is "unkind and cruel," Northern End Stands Up member Ginny DiIlio said. "We're asking them to reverse it."

At the council's work session, however, council members unanimously reaffirmed their support for the decision. They said the borough is making every effort to be fair and to work with customers who need help.

"I believe we used as much care as we could to do what we had to do," Councilman Victor Richard said.

Borough Council voted in July to end the shutoff moratorium it enacted this spring, following Gov. Tom Wolf's emergency declaration. Uniquely in Lancaster County, the borough owns its electric utility. That exempts it from  the Pennsylvania Public Utility Commission's moratorium, which remains in effect for the county's other providers.

The heads of the nonprofit Ephrata Area Social Services and Northern Lancaster Hub say they've been swamped by families desperate to avoid shutoffs, and are far short of the funding they would need to meet the need.

Reinstating the moratorium would give the nonprofits time to find more reources, DiIlio said.

Ephrata's third and final scheduled round of shutoffs is to take place Thursday. As of Tuesday, 39 electric and seven water customers were due for disconnection, but those numbers are certain to change, Ephrata business office manager Tracy Roseberry said.

Councilman Richard and Council Vice President Thomas Rheinhold said the borough's data tells a story at odds with the notion of a Covid-19 shutoff crisis.

To date, 52 electric accounts have been disconnected, out of about 7,000. Most were able to arrange payments with the borough and have their power restored, leaving just 10 households disconnected as of Tuesday. For 23 customers, the borough has set up payment plans.

Moreover, of the 52, all but one "are habitually delinquent," Reinhold said, meaning they were late on at least 11 of their 12 monthly payments over the past year. Their tardiness was an issue months before the pandemic could have been a factor.

Among the shutoffs scheduled for Thursday, however, 10 are "directly related to Covid," Joy Ashley, executive director of Ephrata Area Social Services, told council.

Councilwoman Linda Martin said she and borough staff met with Ashley to explore partnership possibilities between the borough and the nonprofit. Councilman Tim Barr said he contacted service organizations such as the Elks and suggested they donate to Ephrata Area Social Services.

"We are really trying to be solutions-oriented," Martin said.

Leaders of Tuesday's rally said they plan to keep up the pressure.

"People are struggling," said Jonathan Smucker, a co-founder of Lancaster Stands Up. "Our elected officials have a particular responsibility in making sure we're taking care of everyone."