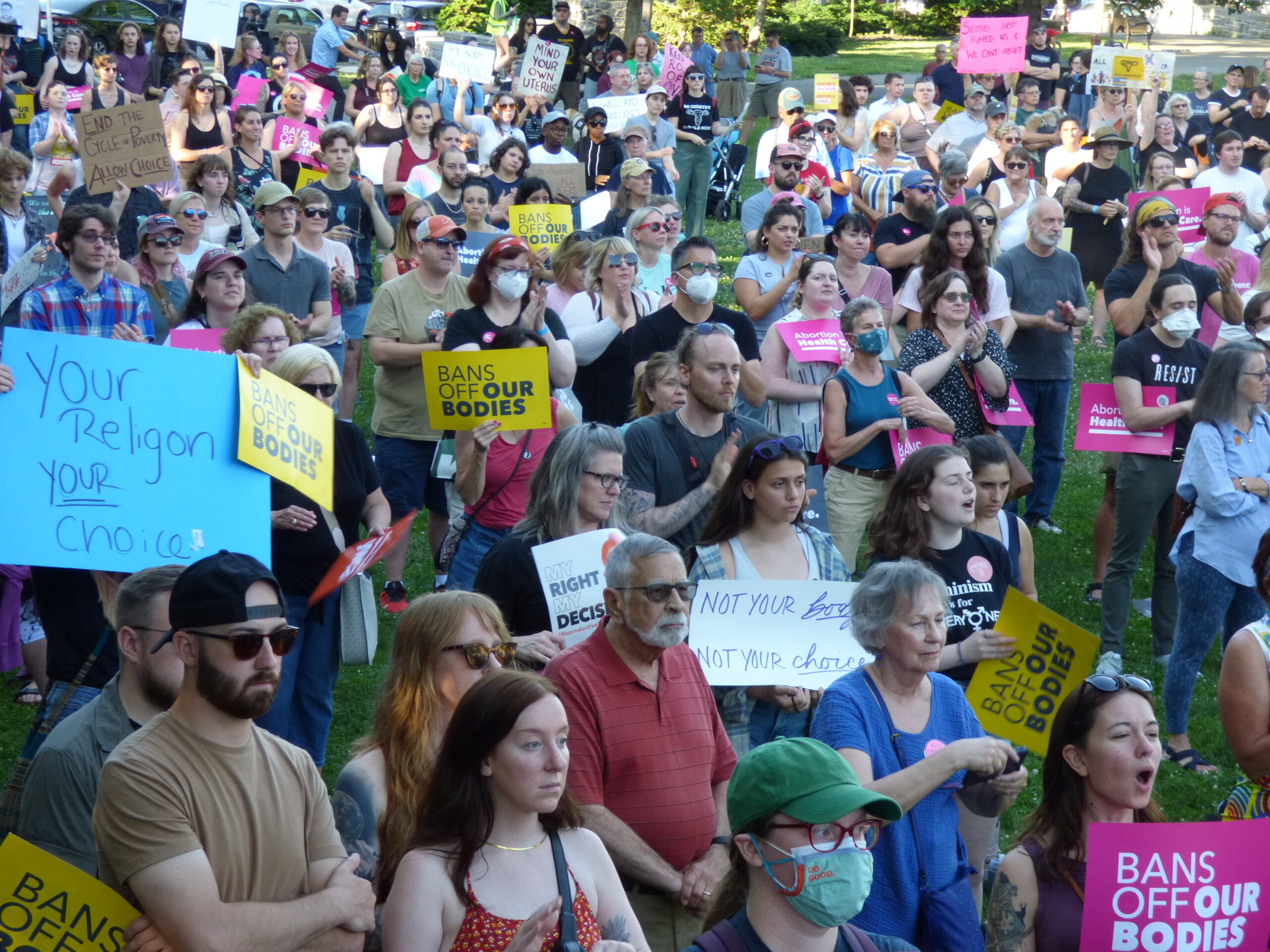 I was about to enter United Way of Pennsylvania’s annual conference on Friday, June 24, when a message from a colleague stopped me in my tracks.

The Supreme Court of the United States had overturned Roe v. Wade, ruling that there is no protection for women seeking abortion within the Constitution.

After almost 50 years of women exercising their inalienable personal right to choose an abortion, it was gone in an instant. In that moment, our country regressed 50 years.

Like millions of other women, I was mentally transported back to when I exercised my right to have an abortion.

I was in jail when I found out I was pregnant. In 2015, I had been arrested for a DUI; this arrest being a link in the chain of incarcerations during my active drug and alcohol addiction.

Upon my arrival at the county jail, an intake officer asked me whether there was any chance I was pregnant. During our child-bearing years, women become used to being asked this question, although normally in a medical setting. On some occasions, we are blindsided. We rack our brains, trying to quickly do the math, turning pale as we inform our inquisitor, “Yes.”

So, after handing me a prison uniform, and spraying me head to toe with antiseptic, the officer asked me to pee in a cup. It only took a minute for the result: I was pregnant. She chose not to congratulate me, based on my facial expression and the nature of our encounter.

I knew almost immediately that I would terminate the pregnancy. I remain confident in that choice today.

While it feels like it happened a lifetime ago, it has been just seven years since my abortion. My life then was the stark opposite of what it is today.

At age 36, I was rapidly plummeting towards rock bottom, battling alcohol and drug addiction. I had come to terms with the grim reality that my death was quickly approaching and inevitable. The will to live had left me, as addiction had consumed every part of me.

In those next few weeks after returning home, I desperately tried to terminate the pregnancy on my own. I resorted to punching myself in the stomach, as I had little to no money left to pay $500 for a medical abortion. The man I shared this responsibility with offered financial support of half the cost for an abortion, but nothing else. I was on my own. I resorted to selling a few pieces of my furniture to afford the other half.

I’m grateful for the clinic workers who took care of me that day, especially the doctor on duty. Seeing I was alone and without support, he offered to hold my hand when he was able to. He spoke to me with respect and concern. His mission was clear: Safety and compassion were what ruled his clinic.

In the condition and mental state I was in, I could not support a child financially or emotionally. I was already a mother; I had an 8-year-old little girl who had been taken away from me because of my disease. I had already been labeled “unfit.”

While it is true some women will be able to travel to states where abortion is still legal, I would argue most women don’t have the resources or the capacity to do so.

On Friday, July 8, Pennsylvania Senate Bill 106 was approved by the state House of Representatives. This bill contains five state constitutional amendments, including one that would explicitly state there is no constitutional protection for abortions in Pennsylvania.

Since Gov. Tom Wolf cannot veto an amendment, this is an attempt to undermine abortion rights in a way that cannot be blocked.

Leaders in politics seem to be scrambling either to protect women in their commonwealth or reduce them to feeling as if they are less than human and stripped of the rights they’ve worked half a century to protect.

Abortions have been happening for as long as women have been getting pregnant. Historical documents outline ways in which women have approached pregnancy termination in the past. Tinctures and herbal remedies were concocted prior to the advancement of medical abortion. Those tactics may have seemed primitive and preposterous on June 23. Now, not so much.

Women have been shoved back 50 years, with what feels like little consideration or consultation. Many women will feel forced to take matters into their own hands, taking cues from women in the past who put their lives at risk through self-induced abortions.

Equality and liberty are the core of America’s foundation. No one can deny that. Each one of us carries with us fundamental rights that cannot be ripped out of our hands by our government. Above the vitriol and rage, we must consider the freedoms bestowed upon each of us as citizens of the United States. Then, we may be able to honor the decisions made by women who seek out abortions, and recognize government’s jurisdiction stops outside the bounds of women’s bodies.

Perhaps our focus needs to shift to the life of the woman who finds herself with an unwanted pregnancy. Her life is precious. Her path is important. Her value is immense. It is important, now more than ever, that women share their stories and create conversations around reproductive health, reproductive rights, and the sexual education of young men and women.

I went on to conceive two more times. One ended in a miscarriage that I briefly felt was a punishment for the choice I made before. After learning the statistic that one in four pregnancies result in a miscarriage, I came to realize how similar the two were.

The other resulted in my youngest daughter, who recently celebrated her 2nd birthday. I am filled with love and joy for my two girls. I stand by my choice seven years ago and see that the path I chose ended in a life far different than the one I may have had I not had the freedom to decide. Honestly, I do not believe I would be here today, and what a waste of a life that would have been.