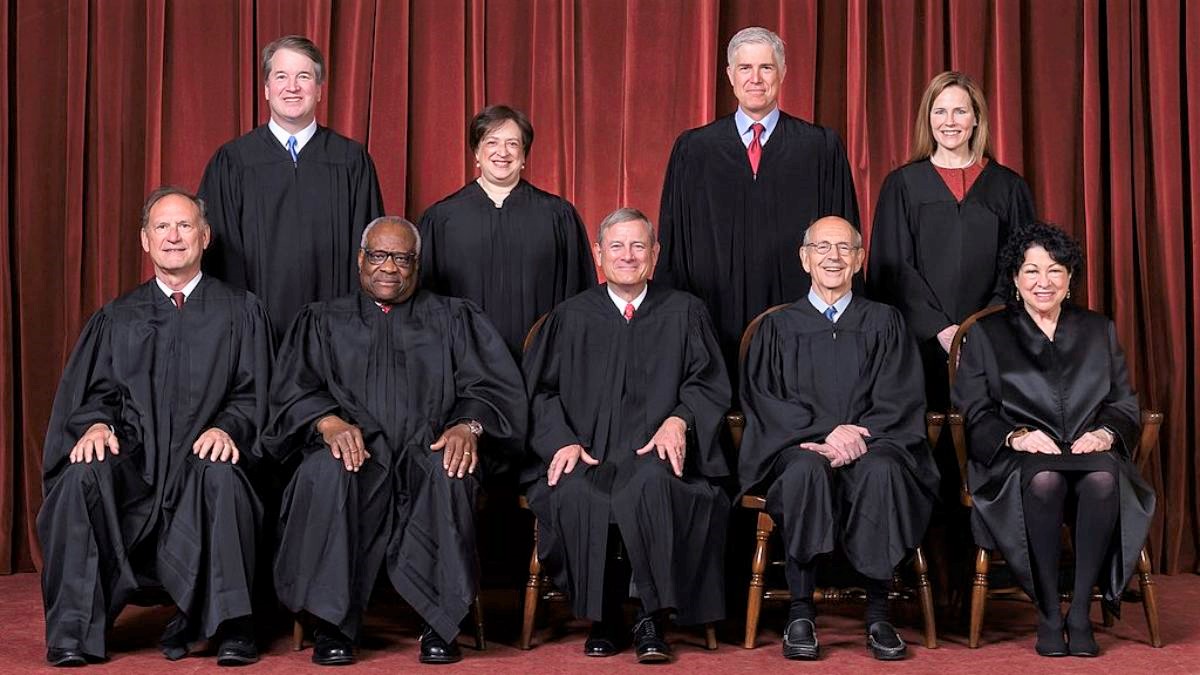 The U.S. Supreme Court’s conservative majority on Friday overturned Roe v. Wade, ruling that there is no constitutional right to an abortion.

“Like the infamous decision in Plessy v. Ferguson, Roe was also egregiously wrong and on a collision course with the Constitution from the day it was decided,” Justice Samuel Alito’s majority opinion reads. (The majority opinions, concurrences and dissent are available here.)

Numerous Republican-dominated state legislatures have teed up laws in expectation that Roe would be reversed. Abortion bans are expected in about half of U.S. states, reports the Associated Press.

Alito was joined by Clarence Thomas and Trump appointees Neil Gorsuch, Brett Cavanaugh and Amy Coney Barrett. Chief Justice John Roberts did not to vote to overturn Roe but concurred in upholding the Mississippi law that was used to challenge the half-century old precedent.

In a concurrence, Thomas wrote that there is no support for the notion of “substantive due process” in the Constitution, and that therefore the court’s decisions allowing contraception, same-sex relationships and same-sex marriage were wrongly decided and should be reconsidered.

The decision had been widely expected since the leak of a draft version earlier this year.

The three dissenting justices, Stephen Breyer, Sonya Sotomayor and Elena Kagan, said the majority’s decision now means that “from the very moment of fertilization, a woman has no rights to speak of.”

In a statement, Gov. Tom Wolf said he is “deeply disappointed” in the ruling. He noted that abortion remains legal and available in Pennsylvania.

Wolf is at the end of his second term, with Democrat Josh Shapiro and Republican Doug Mastriano running to succeed him. Shapiro tweeted Friday that he will keep abortion legal; Mastriano calls abortion “a science denying practice” and has said he advocates a regime of no abortions with no exceptions.

According to the AP, a majority of American favor abortion being legal, although many favor restrictions later in pregnancy.

(Editor’s Note: This story was updated to clarify that Chief Justice John Roberts did not join the core decision overturning Roe.)