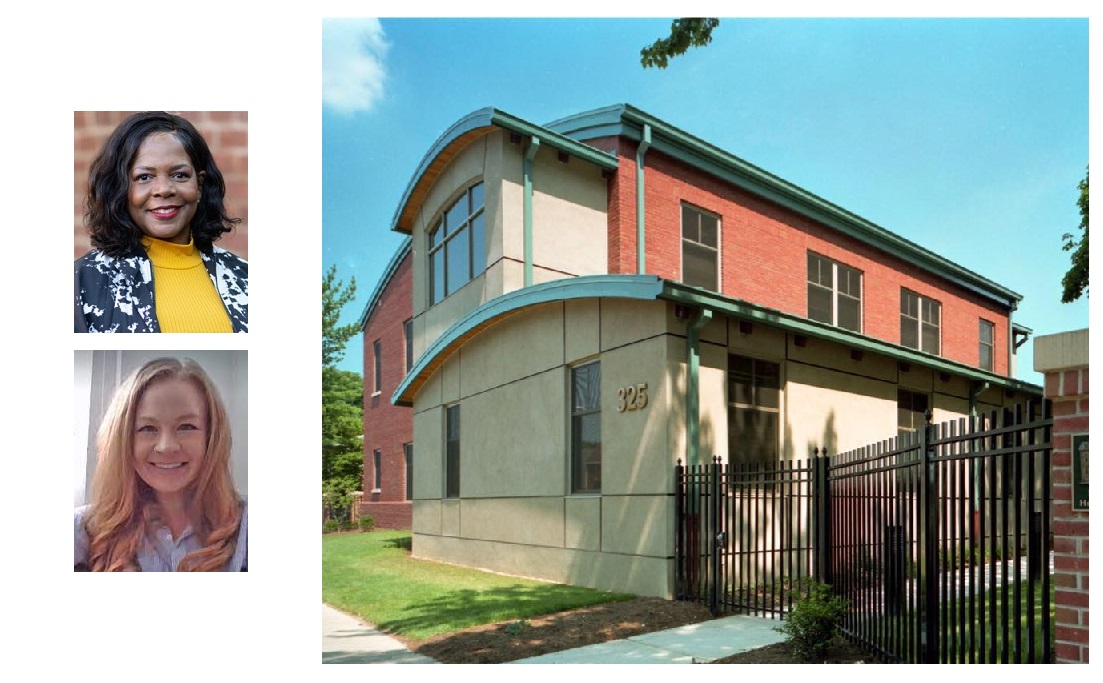 Barb Wilson and Katie Walsh have high hopes for Partners With Purpose.

Partners With Purpose is an authority-affiliated nonprofit created in 2019. Walsh described it as a "flexible tool," with access to public and private grant sources that are off limits to housing authorities.

Earlier this year, the authority received approval from the U.S. Department of Housing & Urban Development for Partners With Purpose to acquire the authority's "scattered site" portfolio — the 95 single-family homes it owns in neighborhoods throughout the city.

The transaction is expected to close toward the end of the summer, Wilson and Walsh said. It does not involve the authority's flagship campuses, which it will continue to own.

The authority is providing credit to Partners With Purpose initially, deferring payment until the nonprofit can secure conventional financing.

The arrangement secures the houses' future as affordable housing, keeping them available for a segment of the market that is critically underserved, Walsh said.

The authority is transferring them at their appraised value, and the existing tenants can remain, she and Wilson said. The authority will remain the property manager. The only difference for tenant households is that their leases will be handled and their rent paid through HUD's voucher program.

Currently, four of the properties have structural problems that make them unsafe to occupy.  This is where Partners With Purpose's nonprofit status works to its advantage: The housing authority has no capital available for repairs, but Partners With Purpose was able to secure nearly $400,000 for the work through a HUD grant, funding the authority is ineligible to seek.

In the medium to long term, the 95 homes will serve collectively as an asset that Partners With Purpose can leverage to obtain bank financing for future acquisitions that expand its footprint, Wilson and Walsh said.

The organization is actively seeking partners as well as properties to acquire and rehabilitate, both in the city and outside it, Walsh said.

Partners With Purpose envisions being a "one-stop shop" for voucher-based affordable housing. That wasn't part of the initial vision, but it looks like a promising model, Wilson said.

In theory, vouchers are supposed to level the playing field, but HUD sets rent limits, and these days, landlords can find tenants who will pay well above that. So there's a need for an alternative like Partners With Purpose, Walsh said.

The Biden administration's Build Back Better bill included about $65 billion to fund public housing repair nationwide. That would have been "the shot in the arm that we needed," Wilson said, but the legislation died in the Senate.

The Partners With Purpose initiative is one way to better align revenue with expenses. Advocates are continuing to push in Washington, D.C., for funding to tackle public housing renovation; in the meantime, the authority is developing a comprehensive preventive maintenance plan and updating properties with a focus on durability, to save on costs long-term.

More than 3,100 people live in authority properties. Many are senior citizens or people on disability; others are the working poor, often working two jobs to make ends meet.

The authority is eager for those who can do so to increase their income and get to the point where they can move out, making way for others to move in, Wilson said. It has staff members who work to connect residents with social services, including education and financial planning programs.

"I want to use (the authority) as a stepping stone," Wilson said.

Partners With Purpose, the nonprofit created by Lancaster City Housing Authority, is not the authority's first such venture.

More than two decades ago, the authority created the nonprofit affordable housing developer Community Basics. The reasons? Much the same as for Partners With Purpose.

The authority's executive director and board at the time "had a vision of creating more affordable housing that could access governmental funding sources not available to the housing authority," according to a history of Community Basics provided by Executive Director Lisa Greener.

From the start, Community Basics was envisioned as a free-standing, independent entity, Greener said.

The organization was incorporated in late 1997 and received its 501c3 designation the following summer. As such, it has access to federal block grant and tax credit funding for affordable housing construction.

In 2007, it launched an affiliate to manage the properties it develops. Prior to that, it had paid the authority a fee for management services.

Currently, Community Basics has 18 properties totaling 512 units, of which it manages 466. Projects totaling another 116 units are in the pipeline, Greener said, either in development or under construction.