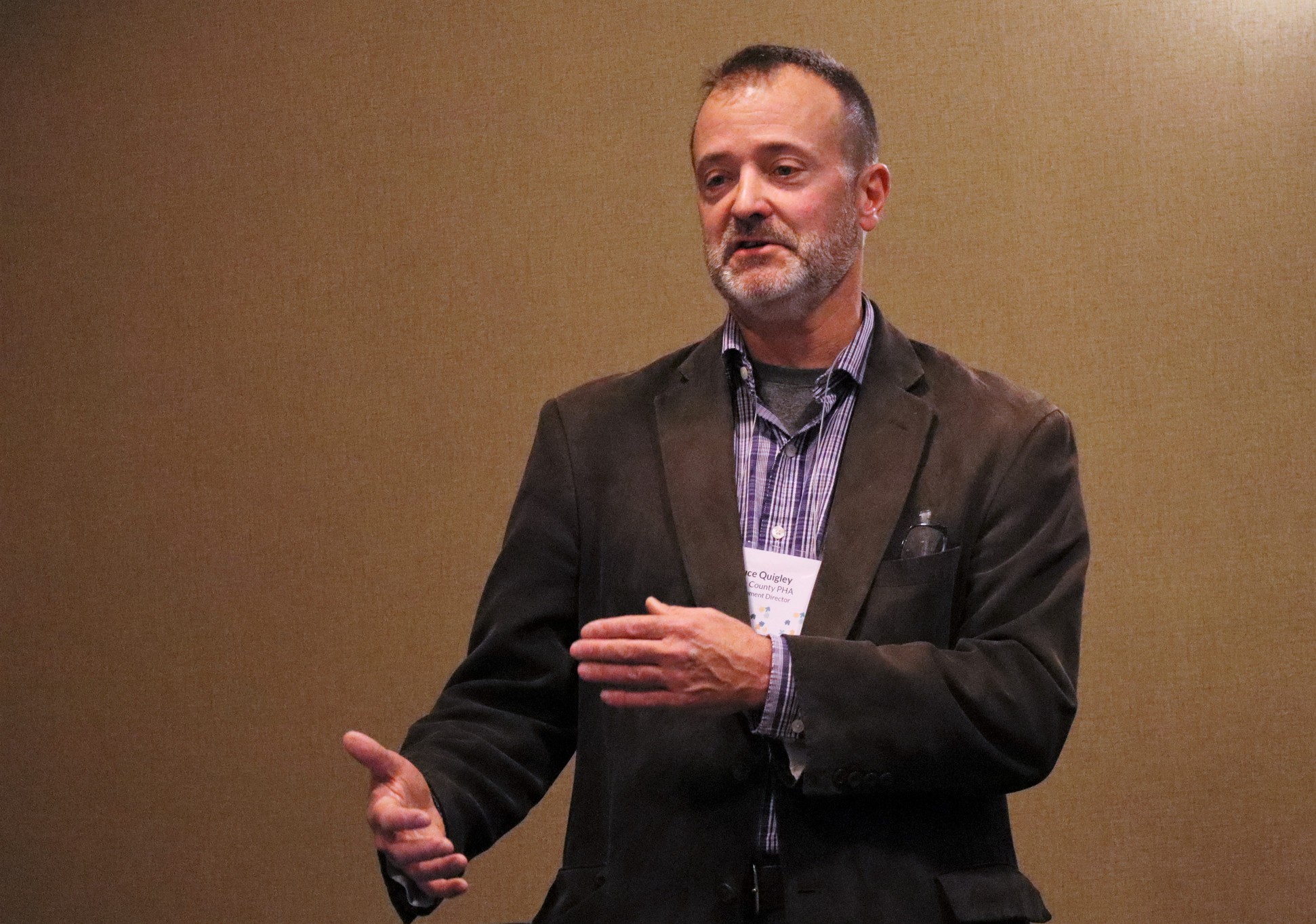 “Historically, I’ve done this presentation for housing authority folks,” Bruce Quigley told his audience at the Homes Within Reach conference.

Quigley is director of development of the Union County Housing Authority in central Pennsylvania. It operates the Justice Bridge Housing Program, a supportive housing service for nonviolent offenders re-entering the community after prison.

Launched in 2012, it has served more than 70 individuals to date. Recidivism is around 20%, Quigley said, versus 67% for Pennsylvania as a whole.

Participants referred to the program typically have drug or alcohol abuse problems, which puts them at elevated risk for re-offending — an aspect that makes the low recidivism rate especially noteworthy.

Justice Bridge’s components include assistance with finding housing and paying rent and referral to other support services: Addiction treatment, job training and so on. Participants’ parole or probation officers stay involved throughout the process.

Getting people rehoused quickly is key, Quigley said. Housing instability upon re-entry is common, and research shows it’s a risk factor for recidivism.

Union County is a small, rural county with a population of about 45,000, less than one-tenth of Lancaster County’s. Coalition leaders say it wouldn’t be realistic for Lancaster County to simply copy Justice Bridge model wholesale, but they are familiar with Quigley’s work, and like what he’s done.

“We could use some of the ideas,” Carrie Kurtz, director of reentry planning and coordination, said.

The fact that Justice Bridge is administered by a housing authority makes it unusual. Quigley said that means it can build on existing relationships with landlords and social service and its expertise with federal rental assistance.

A qualitative study by Lock Haven University researchers published in 2020 found that Justice Bridge enabled participants to build trust and envision new identities for themselves as responsible community members.