The Lancaster County commissioners, at right, deliver a check for farmland preservation to the Lancaster Farmland Trust representatives at the farm of Larry McFarland, left, on Chiques Road in Rapho Township on Thursday, Sept. 29, 2022. (Source: Lancaster County) 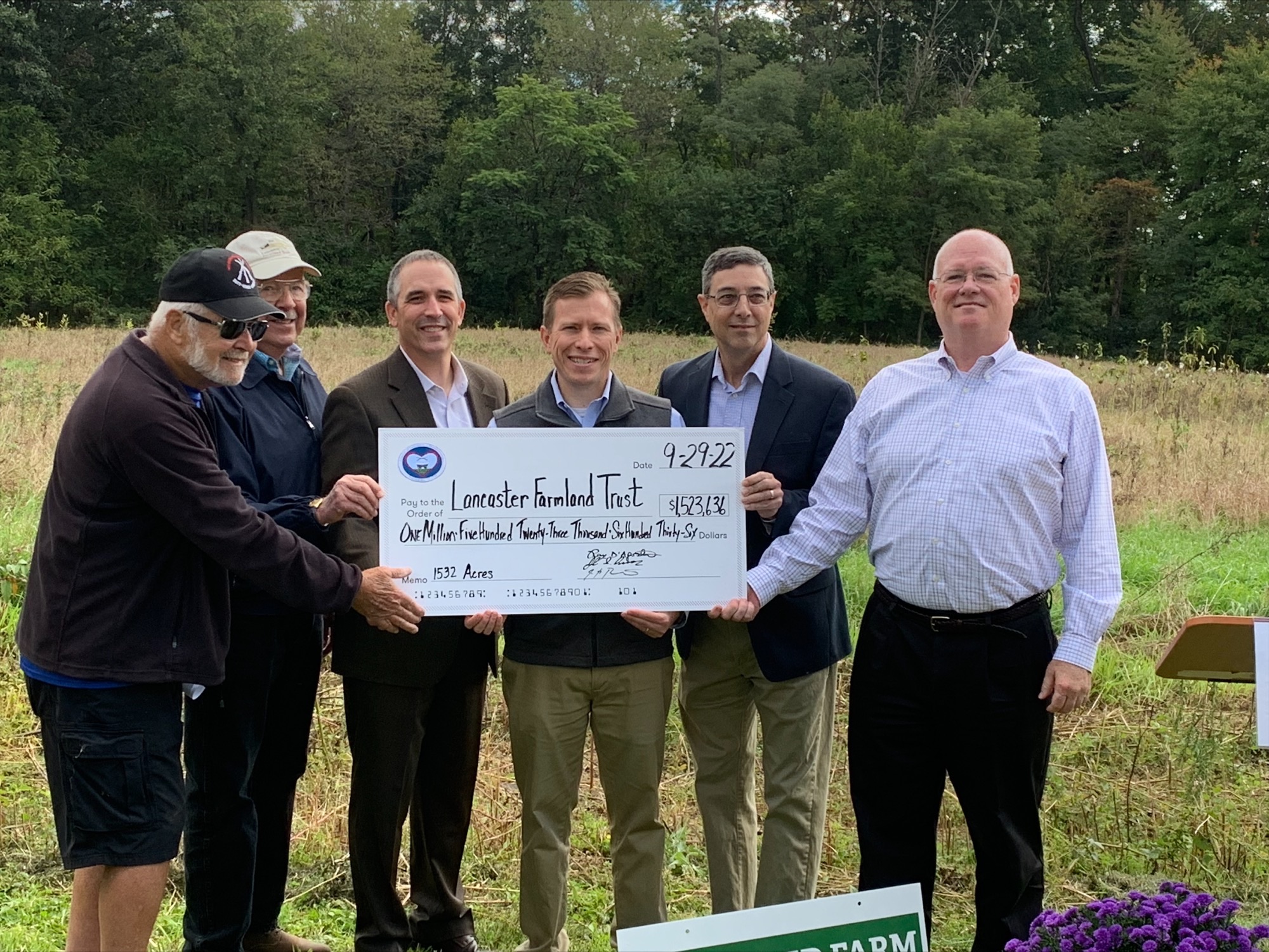 • Lancaster County company sending team to Florida: A team of eight to 10 people from ServPro will help with recovery efforts from Hurricane Ian. (Source: WGAL)

• Lancaster police chief wants to build trust, set an example: Richard Mendez says he doesn’t necessarily want to be remembered as the city’s first Latino chief, but as someone who took care of his officers and the community. (Source: ABC 27)

• Barnstormers on verge of Atlantic League title: The baseball team will sweep the championship series in three games if it beats the High Point Rockers tonight at Clipper Magazine Stadium. (Source: WGAL)