In this May 2022 file photo, Gov. Tom Wolf speaks about the Internet for All Act during a press event at Marion-Walker Elementary in Centre County. (Source: Pa.gov) 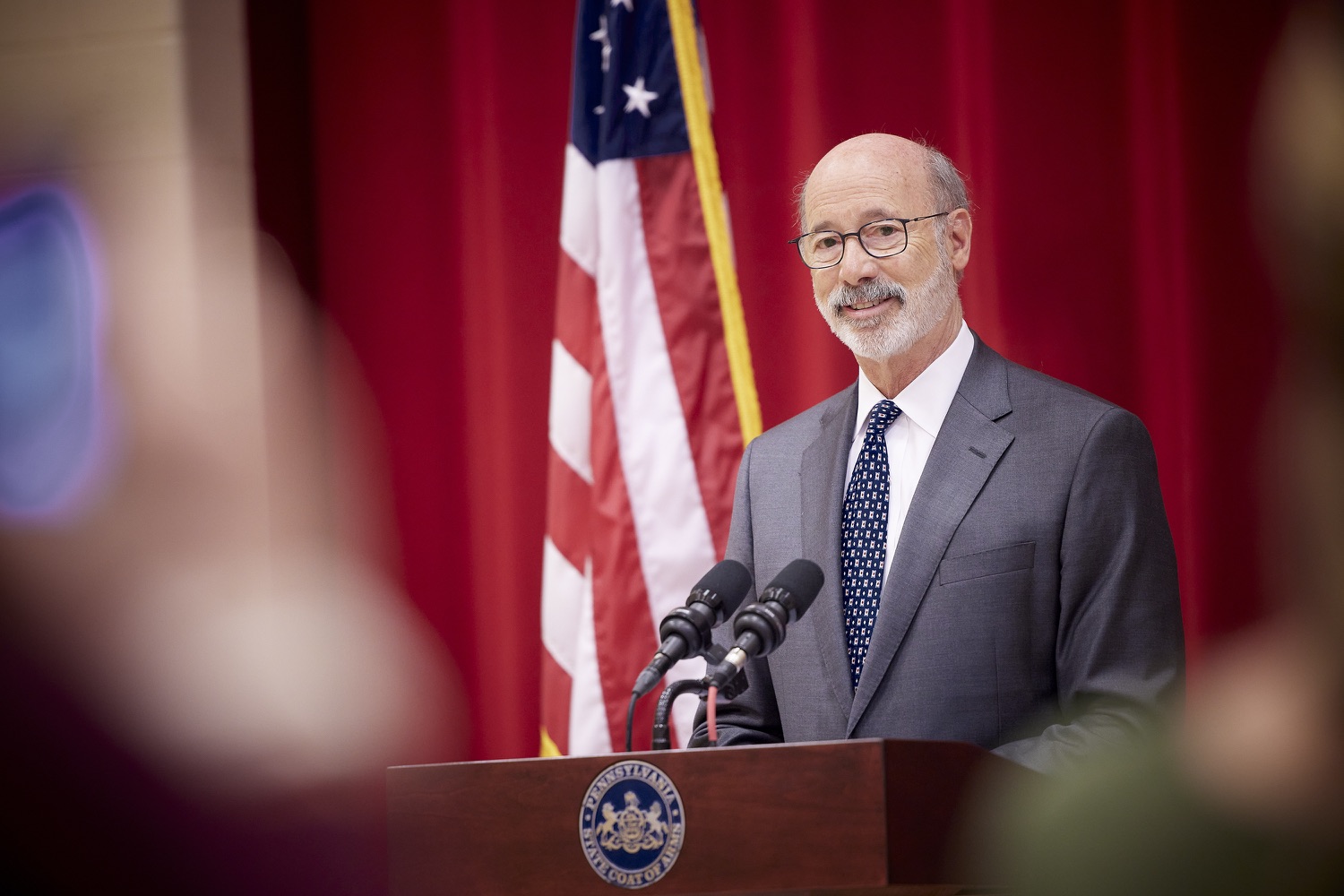 Pennsylvania is receiving $6.6 million from the federal “Internet for All” initiative, part of more than $100 million it is in line to get to expand broadband access across the state.

The money will be managed and distributed by the Pennsylvania Broadband Authority.

“Pennsylvania’s lack of affordable, accessible broadband is one of the biggest challenges holding our economy back,” Wolf said in a statement. “This $6.6 million is the beginning of a generational change waiting for Pennsylvanians.”

The award consists of $5 million from the Broadband Equity, Access and Deployment, or BEAD, program, which funds infrastructure planning and deployment; and $1.6 million from the Digital Equity Act, which funds initiatives to ensure that underserved communities have access to broadband and the education training and opportunity to take advantage of it.

“This ‘Internet for All’ funding will kickstart the commonwealth’s plan to bring high-speed internet to Pennsylvanians so that kids can do their homework, businesses can grow their operations, and workers can have more opportunities for good-paying jobs,” U.S. Sen. Bob Casey, D-Pa., said.

Thursday’s announcement comes on the heels of the Broadband Authority releasing its strategic plan, which sets its action steps toward the goal of universal internet access.

Meanwhile, the Federal Communications Commission last month released its new broadband maps, which will be used to identify coverage gaps eligible for the BEAD funding.

Local advocates say the maps appear to overstate broadband availability. They are urging residents and businesses to check their addresses on the FCC maps and file a challenge if the information isn’t accurate.