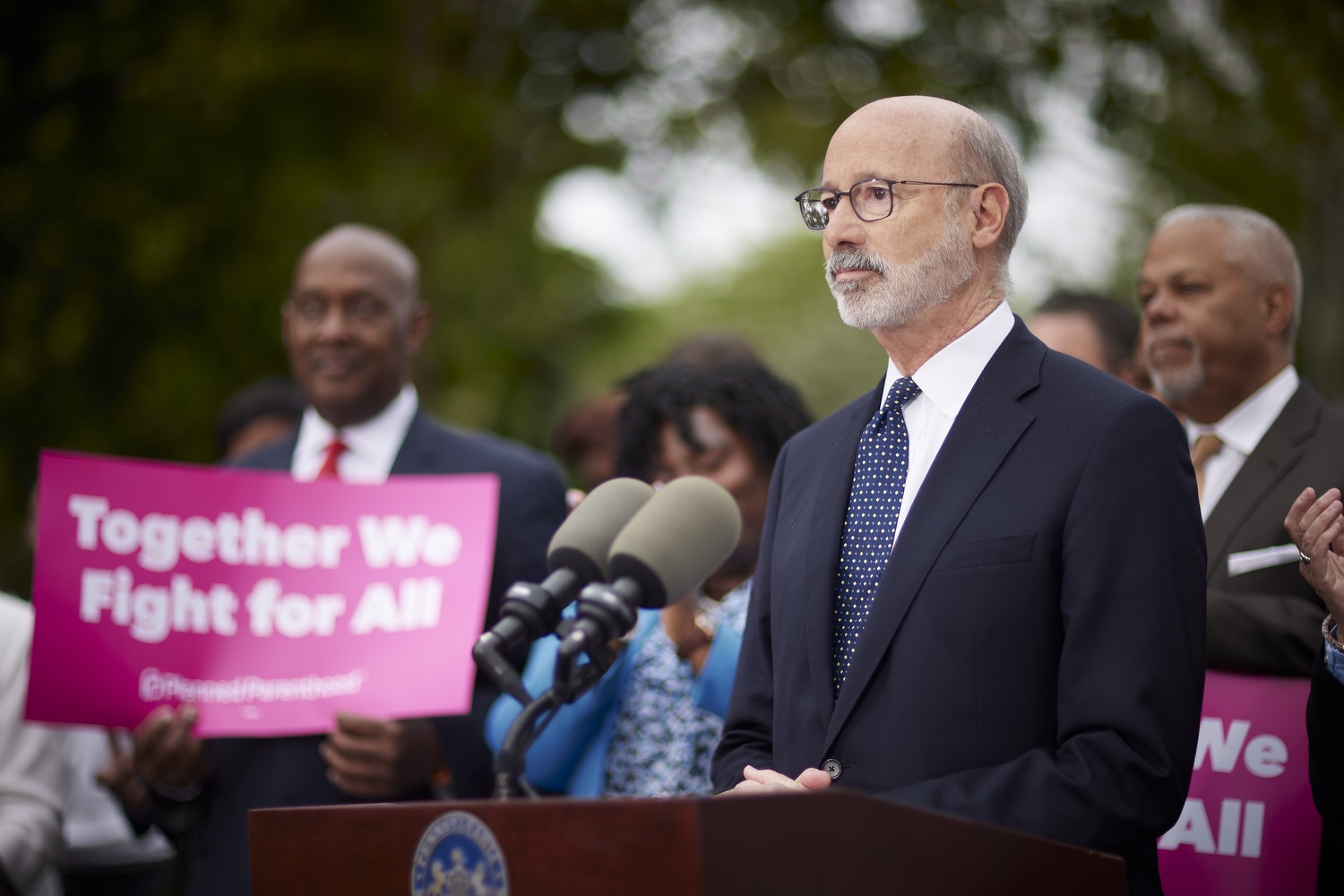 Gov. Tom Wolf signed an executive order Tuesday aimed at ensuring that Pennsylvania is open and safe for out-of-state residents seeking an abortion or other reproductive health care here.

Among other things, the order says Pennsylvania will refuse all requests for extradition in connection with the violation of anti-abortion laws, unless the offense is also illegal in Pennsylvania.

It also says the Wolf administration will not cooperate with criminal or civil investigations in connection with reproductive health services that are legal in Pennsylvania, unless forced to by “a court of competent jurisdiction”; and it directs the state’s licensing boards to consider policies protecting licensed health care professionals from sanctions under other states’ laws.

In a statement, Wolf said the U.S. Supreme Court’s decision to overturn Roe v. Wade “has invoked fear and uncertainty.”

“By signing this executive order, I am affirming that individuals seeking and providing reproductive health services are safe in the commonwealth from discipline and prosecution,” he said.

In the days since the Supreme Court’s action, abortion laws have diverged sharply at the state level, with red states letting “trigger laws” take effect while blue states shore up abortion protections.

Wolf is in his last year in office. Running to be his successor are Democrat Josh Shapiro, who supports abortion rights; and Republican Doug Mastriano, a movement conservative and backer of Trump’s efforts to overthrow the 2020 election, who supports a total abortion ban after 6 weeks, including in cases of rape, incest, or risk to a mother’s life.

In Pennsylvania, the Republican-dominated legislature advanced a constitutional amendment last week declaring that abortion is not a protected right. The measure has been approved once in the House and Senate; if approved again, it could be enacted by majority vote in a referendum as early as the 2023 primary ballot, bypassing the governor’s office.