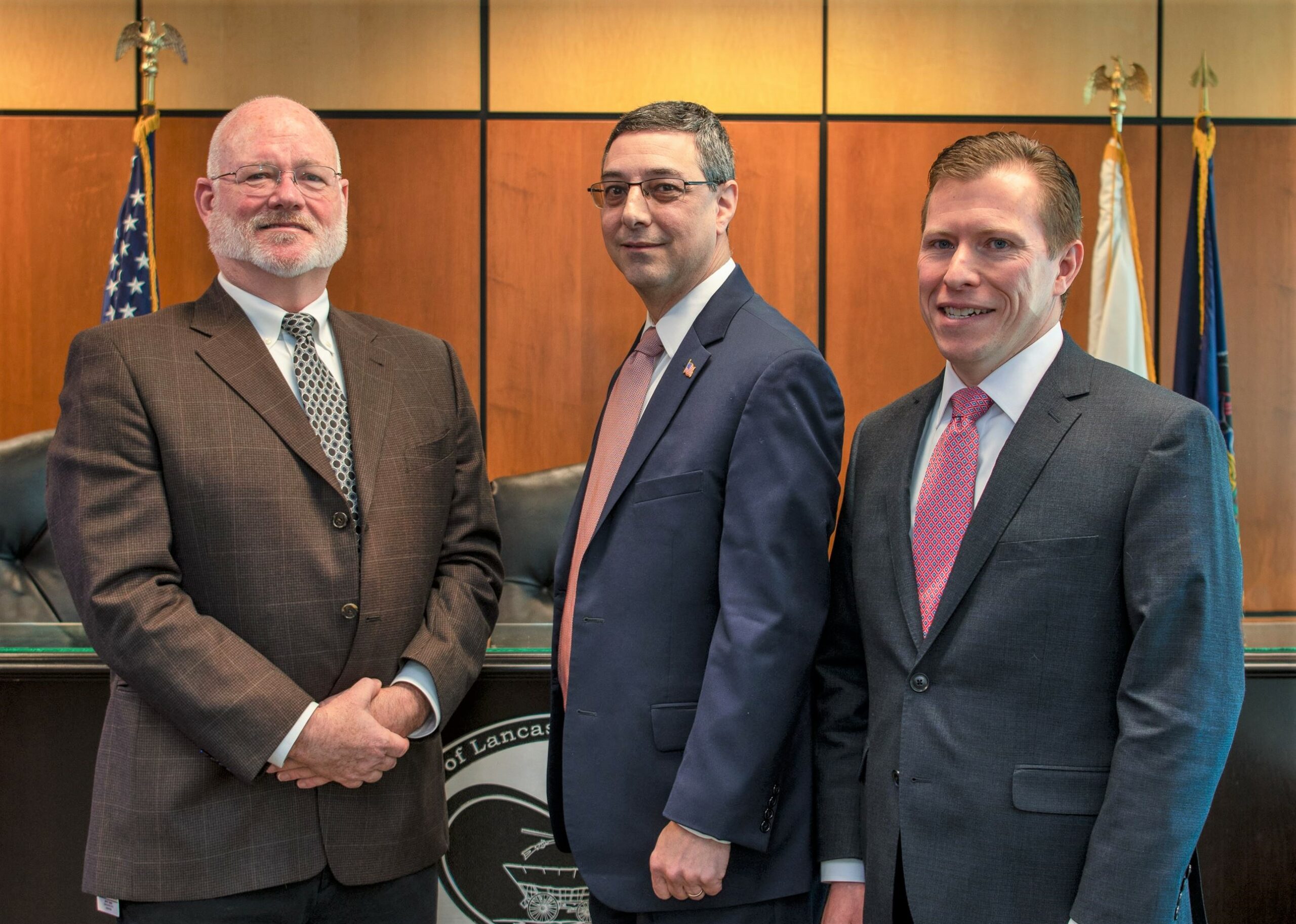 Lancaster County’s two Republican county commissioners vigorously defended their outspokenness on issues such as election security and abortion on Tuesday, disputing accusations that they are overly partisan or that as county government leaders they should temper their public statements.

The commissioners’ comments came initially in response to Duncan Hopkins, an organizer with progressive advocacy group Lancaster Stands Up, who asked Commissioner Ray D’Agostino at Tuesday morning’s work session about his attendance at the March 31 Pennsylvania Election Summit, organized by Cleta Mitchell of the Conservative Partnership Institute. LNP newspaper reported on D’Agostino’s participation in an article on Sunday.

Mitchell was part of the team that tried to overturn the 2020 election on behalf of Donald Trump. She has since launched a nationwide project to recruit poll watchers and election officials to “take back our elections.”

Hopkins also asked Commissioner Josh Parsons to expand on his statement last week regarding Planned Parenthood. The organization opened a clinic in Lancaster on Tuesday where it intends to offer medical abortions; Parsons wrote that the county should be expected to re-evaluate its relationship with any health care organization that assisted Planned Parenthood in that work.

D’Agostino characterized the election summit as a workshop “mostly about how citizens can get involved, how the election process works” and said he’s “not sure what the big deal was.”

“There were people there who obviously question some results,” he said. “And under Act 77, there’s a question about some election results.” As examples, he cited races in western Pennsylvania and Lehigh County.

When it comes to election integrity, “all of us should be on the same page,” D’Agostino said.

He and Parsons have frequently complained that Act 77, Pennsylvania’s law authorizing voting by mail, is fundamentally flawed. The willingness of courts and the Department of State to overrule explicit provisions of the law further undermines confidence, Parsons said, citing as a case in point last month’s ruling that counties include ballots without dated envelopes, a detail Act 77 requires, in their certified totals. Lancaster, Berks and Fayette counties had set aside those ballots and not counted them until the court obliged them to.

Responding to LNP reporter Tom Lisi, Parsons and D’Agostino said Lancaster County’s election protections are as robust as can be, and that when an election is certified, that means it’s been vetted exhaustively, and no problems have been found. But mail balloting and lack of signature verification put some potential fraud beyond the possibility of detection, he and Parsons said.

As things stand now, an individual could vote someone else’s ballot and submit it and there would be no way to tell, Parsons said.

Election officials and outside observers have repeatedly said there is no evidence of widespread election fraud in 2020, in Pennsylvania or elsewhere, and claims to the contrary have not held up in court. They say individual-level fraud is extremely rare and that safeguards exist to catch any schemes large enough to sway results.

Pressed by Hopkins on whether Joe Biden won in 2020, D’Agostino conceded Biden is “unfortunately” president as an outcome of that election. He did not use the word “win” or “won.”

“It is what it is,” he said. “But it doesn’t stop us from actually talking about election integrity.”

Parsons and D’Agostino reiterated earlier complaints that LNP newspaper covers the commissioners unfairly, with Parsons describing it as “a fully partisan organization.” Lisi said he makes every effort to report thoroughly and honestly and offered to meet with the commissioners to hear their feedback.

Regarding Hopkins’ question on abortion, Parsons said, “Abortion isn’t health care.” He declined to say more, saying Hopkins and Lancaster Stands Up have yet to repudiate a “threat of violence” written on a poster that the organization submitted to the commissioners in May.

On it, mixed in with requestions to use federal pandemic relief funds for affordable housing and health care was a reference to the Russian Revolution and the admonition, “Watch your back.”

Hopkins’ questions were valid, but Parsons is right that Lancaster Stands Up has a duty to repudiate violence, Trescot said.

“We’ve repeatedly condemned violence,” Hopkins said afterward in a message to One United Lancaster. He and other constituents have a right to have their questions answered, he said.

After Parsons first raised the issue of the poster in August, LNP quoted several county officials saying the statements had not been deemed significant enough to warrant investigation. Lancaster Stands Up said they were collected at a public event and that the organization “has been clear on its commitment to nonviolent means of social and political change.” It accused Parsons of engaging in scare tactics.

Trescot, a Democrat appointed to fill the remainder of former Commissioner Craig Lehman’s term, said the 2020 election was free and fair; that claims to the contrary have been litigated exhaustively and found to be without merit; but that Trump’s “Big Lie” that he was robbed of re-election has become a “self-perpetuating myth.”

Until Republicans move past those false claims, he said, the media will continue to tune them out. The other Republicans who were elected in 2020 aren’t calling their own elections into doubt, he noted.

As for LNP, it isn’t perfect, but “attacking them every time doesn’t seem productive,” he said. And he condemned his colleagues’ apparent willingness to take action against organizations based on “some individuals’ religious and cultural mandates,” calling it “a very scary kind of government.”

What’s at issue is not of “minor consequence,” D’Agostino said: “It’s human life.”

Several county residents asked the commissioners to focus more on comity. Jerry Henige of Willow Street said he sees them engaging in the kind of partisan rancor and extremism that are leading the county “down a very destructive path . … You can do better.”

Parsons said most of what the commissioners do is “bipartisan and unanimous,” but that officials are elected on an agenda, and their voters expect them to advance it.

The county’s track record, he said, shows that it “is a level of government that actually works.”