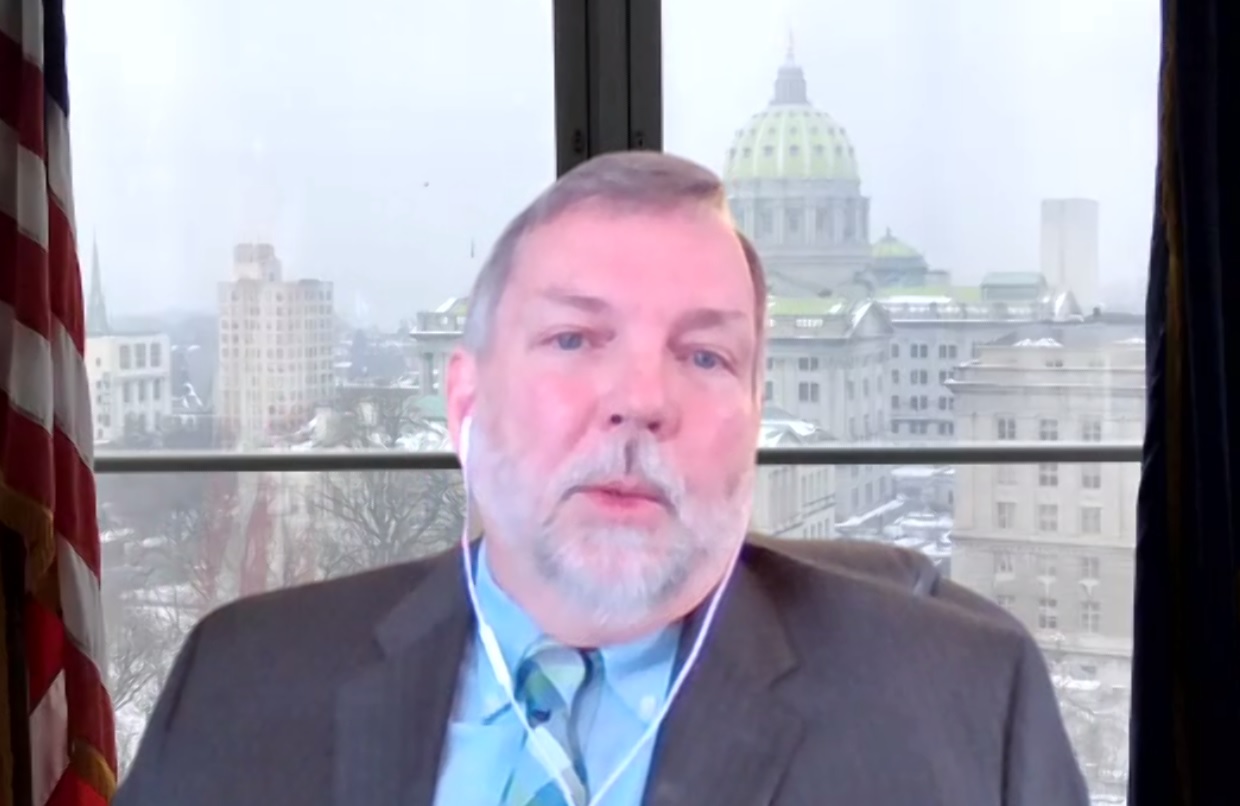 Critics say the changes to Pennsylvania's income tax system proffered in Gov. Tom Wolf's 2021-22 budget proposal are unconstitutional and would hurt the economy.

The administration, however, says it's only seeking to use Pennsylvania's tax forgiveness program — a mechanism that has functioned smoothly and uncontroversially since the 1970s — to rebalance a fundamentally unfair tax structure.

Here's an FAQ about Wolf's proposal based on Hassell's briefing and administration budget documents.

What does Wolf propose to do?

Currently, the majority of Pennsylvania taxpayers pay a flat 3.07% tax on their income. About a quarter of households, however, receive full or partial tax forgiveness under a program enacted in 1974 as an anti-poverty measure.

Wolf proposes dramatically expanding the program to cover more than two-thirds of households. That would give more low- and middle-income Pennsylvanians a tax break, and shift the tax burden onto wealthier households.

Isn't a flat tax fair to everyone?

On the contrary, economists who have analyzed it say that in combination with Pennsylvania's other taxes, it results in a regressive system — one in which lower-income households pay a larger share, proportionately, than the well-to-do.

In 2018, the left-leaning Institute on Taxation & Economic Policy calculated that Pennsylvania's total tax burden on households ranged from 13.8% for the lowest quintile of households down to 6% for the top 1%. Hassell called Pennsylvania's tax structure "one of the most unfair and regressive in the country." 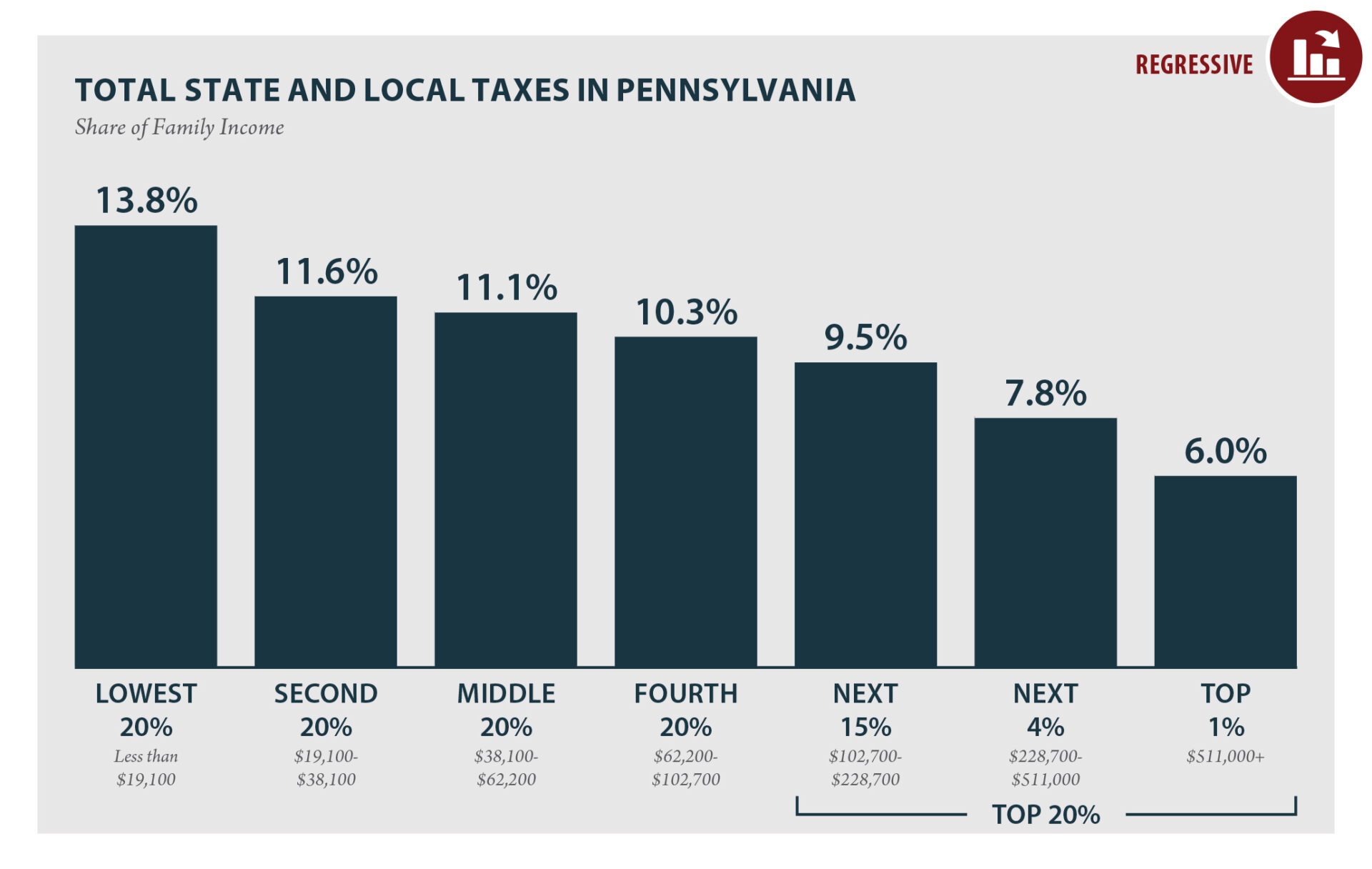 Why not enact a graduated income tax?

That can't happen, because Pennsylvania's constitution has a provision known as the "Uniformity Clause," and according to the state Supreme Court, it disallows a graduated income tax.

Other states' constitutions have similar language, but still have graduated income tax rates. Pennsylvania's interpretation of its clause is unique, according to the Pennsylvania Bar Association's 2011 Constitutional Review Commission.

The commission wrote that Pennsylvania's strict interpretation of the Uniformity Clause "operates to violate" the principle of fairness the clause was intended to establish. It recommended amending the clause to read, "All property taxes shall be uniform ... ." To date, no such change has been implemented.

Wolf's critics say his proposed expansion of tax forgiveness goes well beyond helping households in poverty and would violate the Uniformity Clause. Hassell disagrees, saying the constitution leaves it to the legislature to define poverty and enact tax exemptions accordingly.

"I'm comfortable that it works under our constitution," he said.

What about an earned income tax credit?

The United Way of Pennsylvania has advocated for an earned income tax credit, which, as the name implies, refunds earned income to employed individuals.

Wolf's proposal would benefit a wider range of households, including senior citizens, than an earned income tax credit would, Revenue Department spokesman Jeffrey Johnson said. In addition, given the Uniformity Clause, it makes more sense to make "simple adjustments" to an existing mechanism, he said.

What are Wolf's proposed changes?

Under the current tax forgiveness system, taxpayers who earn less than $6,500 a year are exempt from income tax. That amount doubles for couples filing jointly. Another $9,500 is exempted for each dependent. Thus, a couple with two children whose income is $32,000 or less pays no income tax:

Wolf would change those arrangements as follows:

How would those changes affect taxpayers?

Many more families would pay no income tax: A married couple with two children and $50,000 income, for example, would see their tax bill drop from $1,535 to $0.

Hassell said that under the proposal, 35% of Pennsylvania households would pay no income tax. Another 36% would receive a partial exemption. For a family of four, the break-even point — the point at which they'd pay the same under current law and Wolf's proposal — would be a little over $84,000.

But the administration also says its changes would raise $3 billion in additional revenue. That, plus another $1.3 billion to offset the tax cuts, would come from the remaining taxpayers: the 2.1 million who are in the top third of Pennsylvania's income distribution.

Will these changes be enacted?

In the form offered by Wolf, it's vanishingly unlikely. Republicans, who control both of Pennsylvania's legislative chambers, called the proposal "dead on arrival." Still, there's a chance that some aspects of the proposal could be implemented in a limited fashion.

If so, would filing taxes get more complicated?

The Department of Revenue is developing guidance "designed to make any changes as easy as possible," Johnson said. Tax preparation software would be updated to reflect the new law and make the calculations automatically.

Johnson said the department's guidance would encourage earners receiving tax cuts to lower their paycheck withholding accordingly, "in order to put money in their pockets as quickly as possible."