An aerial view of the Mifflin House property in York County, with the Susquehanna River in the background. (Source: Susquehanna National Heritage Area)

Acquiring the historic yacht the Chief Uncas and refitting it for Susquehanna River tours is just one of the major projects the Susquehanna National Heritage Area nonprofit has in the works. 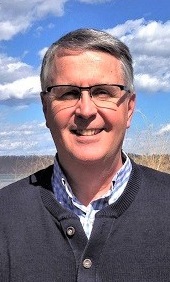 Two years ago, in March 2019, Susquehanna Heritage achieved a goal it had worked toward for more than a decade: The designation of Lancaster and York counties and the Susquehanna River corridor between them as a National Heritage Area.

It is just the 55th NHA in the U.S. and the 10th in Pennsylvania. As Platts put it, it's tantamount to having a national park "right in our own backyard."

The initial designation is valid for 15 years. As one would expect, it comes with requirements: Among other things, Susquehanna Heritage is in the process of developing a management plan explaining how it will conserve, enhance and promote the area's natural, historic, cultural and recreational resources.

Once completed, the plan is submitted to the Secretary of the Interior for approval. That then unlocks additional federal funding, boosting it from about $150,000 a year to about $500,000. The funding must be matched with local dollars, but can be shared with Susquehanna Heritage's local partners.

Susquehanna Heritage is working with a consulting firm, Heritage Strategies, to create the plan, and is holding public "listening sessions" this week and next.

If you have thoughts about how to protect this region's natural and cultural resources, Susquehanna National Heritage Area wants to hear them.

As it embarks on developing its first official management plan since York and Lancaster counties were designated a National Heritage Area in 2019, the nonprofit is holding two public listening sessions on Zoom this month. Anyone with an interest in the topic is welcome.

"What are your favorite places, stories, or activities that make Lancaster and York Counties great?" the organization asks in its invitation. "If you’re already involved in working to make this place great, how can we all collaborate to lift up your organization’s programs?"

The first session is this evening; the second is this coming Monday. To register, click the links below:

In developing and carrying out the plan, partnerships will be key, Platts said. Susquehanna Heritage envisions building a network of advisers to give input on historic preservation priorities.

LancasterHistory and the York County History Center are doing great work, Platts said, as are numerous smaller organizations such as the African American Historical Society of SouthCentral Pennsylvania.

"We don't need to replicate that," Platts said. "We need to connect people to them."

Natural resource protection is another priority. That, he said, will undoubtedly involve entities such as the Lancaster Conservancy, which continues to add to its network of preserves and trails throughout the Susquehanna Riverlands.

Meanwhile, Susquehanna Heritage is working on a project that is expected to be its most ambitious to date: The acquisition and restoration of the historic Mifflin House, also called "Hybla." It's an Underground Railroad site just west of Wrightsville in York County. 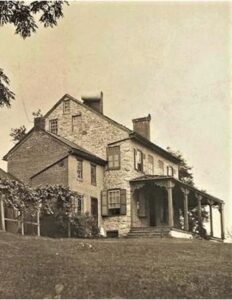 A photo of the Mifflin House taken in the 19th century. (Source: York County History Center)

The Mifflin family helped hide enslaved Black individuals at Hybla and ferry them across the Susquehanna River. In June 1863, the Confederate Army staged cannons on the property and fired them during a skirmish that preceded the burning of the Wrightsville Bridge.

Today, the property sits next to a business park, whose plans to expand in 2017 would have led to the demolition of the house. Since then, a coalition of preservationists has been working on a deal to save the site.

The current plan calls for saving the house and around 80 acres of property. Outbuildings would house a National Heritage Area visitor center run by Susquehanna Heritage. Platts envisions it serving as a "major gateway" for tourism in Lancaster and York counties.

He estimated it could cost up to $15 million — about one-third for the acquisition, the other two thirds to remodel and restore it.

Susquehanna Heritage's own history dates to 2001, when then-Gov. Tom Ridge designated the region a Pennsylvania Heritage Area. In 2007, the nonprofit acquired its headquarters, the Zimmerman Center for Heritage, a restored 18th-century homestead restored and donated by John and Kathryn Zimmerman.

Under its bylaws, its board is evenly split between representatives of Lancaster and York counties. That has worked well, Platts said: People come with the goal of serving the area as a whole.

Platts himself is a native York Countian who today lives in Lancaster. He's struck by the way the Susquehanna has shaped life here through the generations.

Today, he said, it's is returning to prominence as a recreational resource, with the numbers of hikers, bikers, boaters, kayakers and rock-climbers growing year by year.

That was especially true in 2020. With indoor leisure and recreation opportunities mostly off-limits due to the coronavirus pandemic, visitors swarmed the parks and trails of the Susquehanna Riverlands.

He credited years of patient investment by municipalities, the state and other stakeholders in in trails, parks, public access and other amenities. There's so much that didn't exist 30 years ago, he said, and which makes the river an appealing visitor destination.