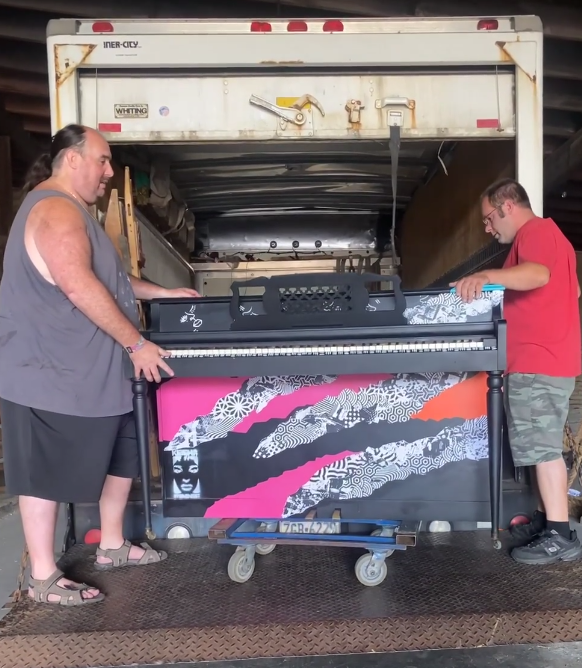 The piano that will sit in front of Tellus360 gets loaded up for delivery as part of 2021 Keys for the City. (Source: Music For Everyone)

• Christopher Columbus bust toppled, glass broken at Lancaster County courthouse: Sometime during Tuesday night, the bust was pushed over. This is the third time in just over a year that the bust has been vandalized. (Source: LNP) The vandalism comes just a few days after an on-campus statue of John Marshall was vandalized on the F&M campus. (Source: LNP)

• Music for Everyone launches 2021 Keys for the City program: The organization placed 12 pianos at various locations in Lancaster city, and one in Lititz, available to the public 24/7 until mid-October. (Source: LNP)

• What's next for redistricting reform in Pennsylvania?: Lawmakers are set to return to Harrisburg in September, when the U.S. Census Bureau will deliver the detailed population data needed to determine how the political districts are drawn. (Source: Spotlight PA)