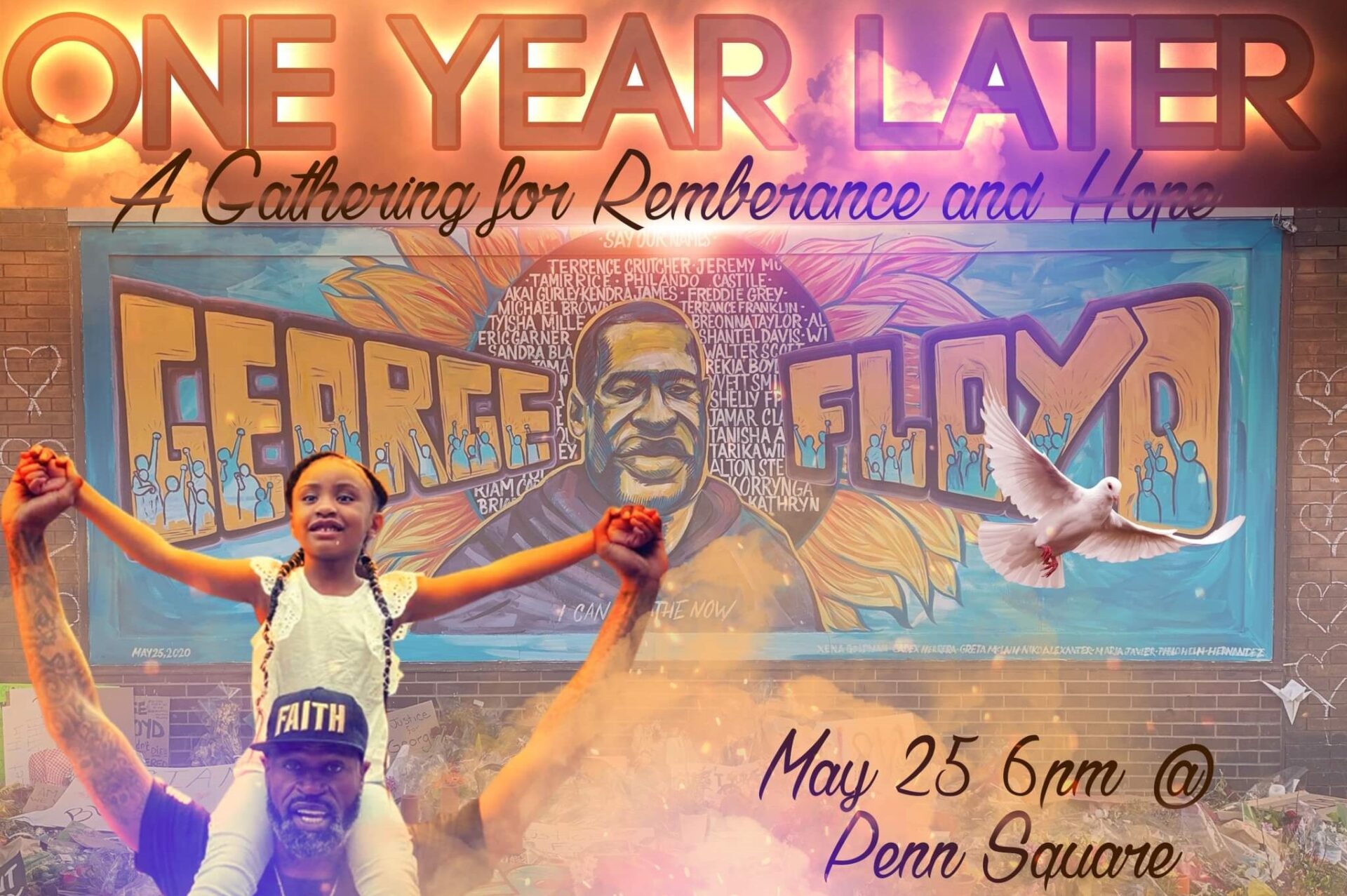 A group of local nonprofits will host a vigil on Tuesday evening in Penn Square to mark the one-year anniversary of the death of George Floyd.

The event, "A Gathering for Remembrance of Hope," begins at 6 p.m. Participants will "reflect, share and recommit ourselves to the vision of racial justice in Lancaster County," co-organizer YWCA Lancaster said.

Floyd, who is Black, was killed on May 25, 2020, during an arrest in Minneapolis, Minnesota, sparking intense worldwide protests over police brutality and racial injustice.

Derek Chauvin, the officer who kneeled on Floyd's neck for more than 9 minutes, was convicted of murder and manslaughter last month. The trial of three other officers involved in the incident is pending.

"We stand united in hope and solidarity for Lancaster County and our nation as we continue our work of eliminating racism," YWCA Lancaster said.