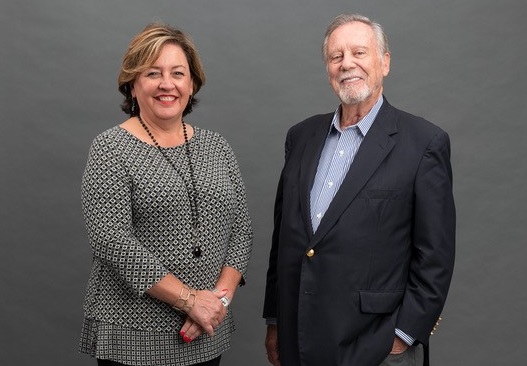 The High family is transferring its ownership of High Industries to the High Foundation, a change that will make millions of dollars available to community organizations and projects in the Lancaster area and beyond.

The change is the brainchild of S. Dale High, chairman of the foundation and chairman emeritus of High Industries. It gives the foundation essentially 100% ownership of the company.

The announcement was made at a news conference Wednesday afternoon. High did not attend in person, but he offered his thoughts in a video played to kick off the event:

High's daughter, Suzanne High, is vice chair of the foundation. The family fully embraces the initiative, she said.

"Dale's model will allow us to create real, systemic change," she said.

The move comes less than a year after the foundation established the $65 million High Foundation Fund at Lancaster County Community Foundation, the largest gift in the latter foundation's history.

Founded in 1931 by S. Dale High's father, High Industries employs nearly 2,000 people, about two-thirds of them in Lancaster County. The conglomerate's business lines include steel fabrication, concrete and construction. In 2021, it reported about $570 million in revenue.

The High Foundation has been supporting community benefit organizations in Lancaster since 1980. In the past few years, it has averaged around $2.5 million in disbursements annually: That will more than double, the foundation's executive director, Robin Stauffer said.

Investments were already up significantly in 2021, according to the foundation's website, which shows it contributed $4.45 million to support education; health and human services; arts, culture and historic preservation; economic development; and environmental preservation.

High Industries communicated the ownership change to its employees Wednesday, CEO Mike Shirk said. As part of the announcement, it invited each of them to pick one of the foundation's partner organizations to receive $100.

That employee-directed allocation, totaling more than $150,000, is "just a very small start," he said.

In a statement, the High Foundation and High Industries said the arrangement will give High Industries' employees "a direct line to creating more thriving, vibrant communities where they live and work," not only in Lancaster, but in all 38 locations in six states where High Industries operates."

In general, allocations will be made in the following ways, the foundation said:

"Profits will be invested into the High Foundation for the good of the community, toward initiatives that address poverty and community transformation, cultural and economic vibrancy, and collaboration and social innovation," the statement said.

The change will not affect High Industries' business operations, Shirk said. What changes is that dividends formerly distributed to the High family will go directly to the High Foundation.

"It’s the ultimate commitment to social responsibility and doing business for good in an impactful and lasting way," he said.

Said Stauffer: "We think this is a model that hopefully will inspire others."