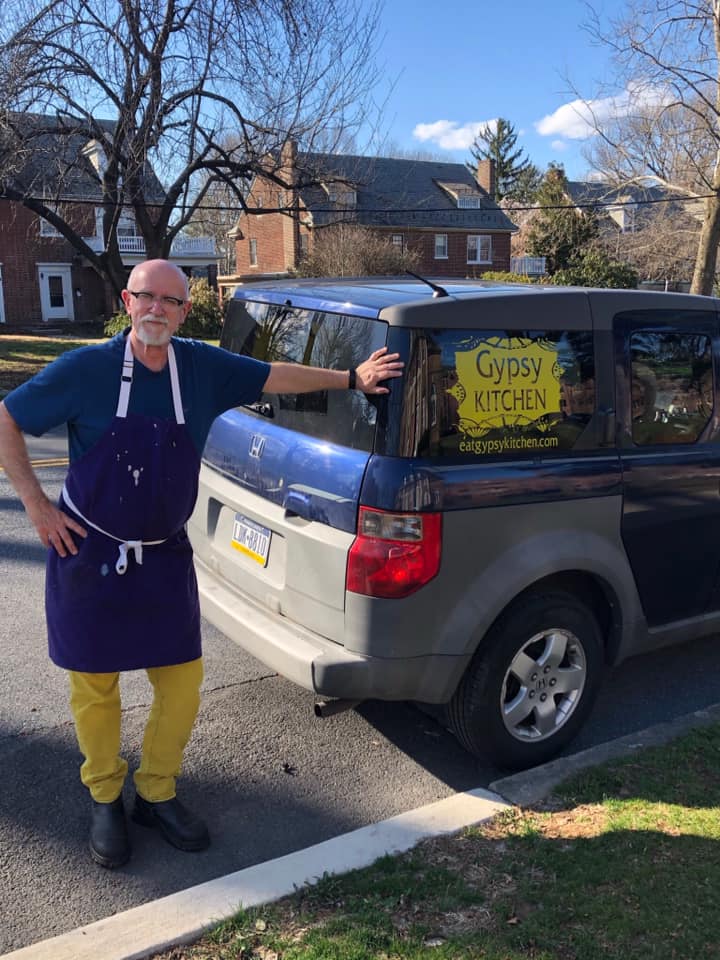 (Editor's Note: This article is part of One United Lancaster's coverage of Older Americans Month.)

Ed Diller, 71, is the owner and chef at Gypsy Kitchen, which has relocated to Columbia. It will be the flagship restaurant at the Columbia Market House, which is holding its grand opening this weekend.

Andy Berfond, 72, is Gypsy Kitchen's social media manager. He and his wife moved to Lancaster after careers in restaurant ownership and drug & alcohol counseling.

The Columbia Market House's grand opening is this Saturday, May 29.

One United Lancaster spoke with Diller and Berfond about their new venture and the perspective they bring to it as long-time entrepreneurs. The following has been edited for length and clarity.

One United Lancaster: Ed, could you explain your history with Gypsy Kitchen?

Diller: I had a real estate career for 30 years in between two restaurant careers … Eight years ago, we started catering. My wife, Ellen, is a baker.

We didn't have a kitchen, so we came up with the name Gypsy Kitchen because we were moving around. …

At one point, Gypsy Kitchen was asked to cater an event at the Lancaster Theological Seminary. A seminary board member asked the Dillers if they'd like to open a restaurant there.

We said yes. So, we did. And that put me back in the restaurant business.

OUL: Andy, how did you get involved?

Berfond: My wife and I intentionally retired to the city of Lancaster … back in 2015. One of the things we were eager to do was seek out restaurants that we can enjoy that are new to us.

Gypsy Kitchen became one of our favorite go-to places. … We had visitors who would come to see us here back in Lancaster, we would look forward to taking them …

After a few years of just enjoying going to Gypsy Kitchen, I got to talk to Ed and his wife Ellen quite by accident one day. I remember it was outside of Central Market.

I have learned how to navigate social media, and I have also learned the power of social media, as it relates to marketing. Social media came into play during Gypsy Kitchen’s existence at the Seminary. It existed already; it just wasn't maximized.

The conversation I had with Ed was, ‘I notice you have a presence on social media, but there's not really much done with it.’ So, I put myself out there. I said, ‘Listen, I've been doing this for some other places.’

Diller: Andy would take beautiful pictures of the food and put it online. I had no interest in doing that.

Berfond: Several years back, I started being ‘Ed’ on social media, promoting his restaurant, as if it were my own. ... So now, here I am trying to help Ed the best possible way to promote this great new Gypsy Kitchen. 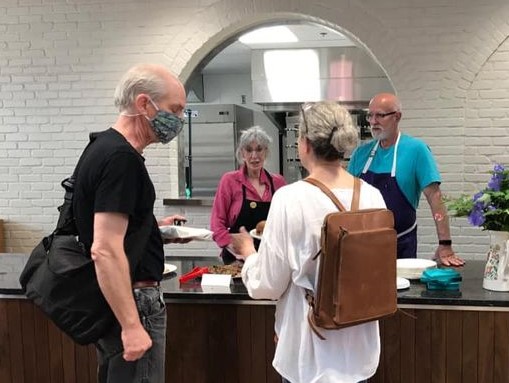 Berfond is the social media manager for the Lancaster Downtowners, an organization that promotes independence, social connection and learning among local seniors. He also handles social media for the condominium association at the Clock Towers, where he lives.

Berfond: Gypsy Kitchen was a favorite go-to place for many of the Downtowners before the pandemic. F&M would have different events during the day … Downtowners would get together and go to these events, and then meet for lunch at Gypsy Kitchen. ...

When Age-Friendly City was bestowed upon the city of Lancaster, the Downtowners were moved to have some sort of a celebration. ... Ed and his staff catered that for us. That's also a very significant connection.

While Gypsy Kitchen was at the seminary, it catered Christmas parties for Catholic Health Initiative.

Now CHI St. Joseph, it's the nonprofit that partnered with the borough of Columbia to revitalize and reopen the Columbia Market House. CHI St. Joseph invited Gypsy Kitchen to become part of the initiative.

OUL: How did you become interested in social media marketing?

Berfond: “I'm a retired drug and alcohol counselor. I never wanted to have anything to do with social media. I didn't have a presence on it in my whole career…

However, when I retired and that was all behind me, I learned the power of social media when used correctly, as a marketing tool.

I have always been in my adult life, a creative type of person … I taught myself the basics of the power of social media, even got a couple of books and studied up on it. Because, unlike the younger generations, like yourself, you grew up with that. We didn’t. There was no such thing.

I reflect back on my years as a restaurant owner, when there was no such thing as social media. And I thought, ‘Wow, if I would have had this at my disposal when I was in the restaurant business back in the 80s, I would have had a field day.’ But… I didn't. And now I am able to take that which I've learned, and share it with my friend, Ed.

OUL: So, after retirement, in the process of moving to Lancaster City, you got into social media and learned how it could be really helpful?

Berfond: Well first I did it for myself. I actually had some fun with it. During [the beginning of the pandemic], I did on my own page for Facebook, I did what I called ‘100 days of Social Distancing.’ Every day for 100 days, I posted something on my own page. …

Do I know everything? No, I do not. Do I know enough to get the full benefit? Yes, I do. Am I proud to be actively aging? Yes, I am.

OUL: What would you say to other people who might want a second career after retirement?

Berfond pulls up his Facebook page on his iPad and points to what he wrote for “job position.”

Berfond: ‘Happily retired, successfully reinvented.’ What I have to say to people of our generation is just because you’re stopping your career, doesn't mean you end a chapter and that's it. If you have hobbies or interests or passions, you reinvent yourself in your retirement, and you take the opportunity to have an open mind, take chances, and do things in your wildest dreams you might not ever had the opportunity to do.

In this case, with this connection between the two of us, I am able to take something that interests me, along with something that I've learned, and share it. It's a win-win.

Emily Ritchey is a staff writer for One United Lancaster. She recently graduated from Franklin & Marshall College with a major in American Studies.