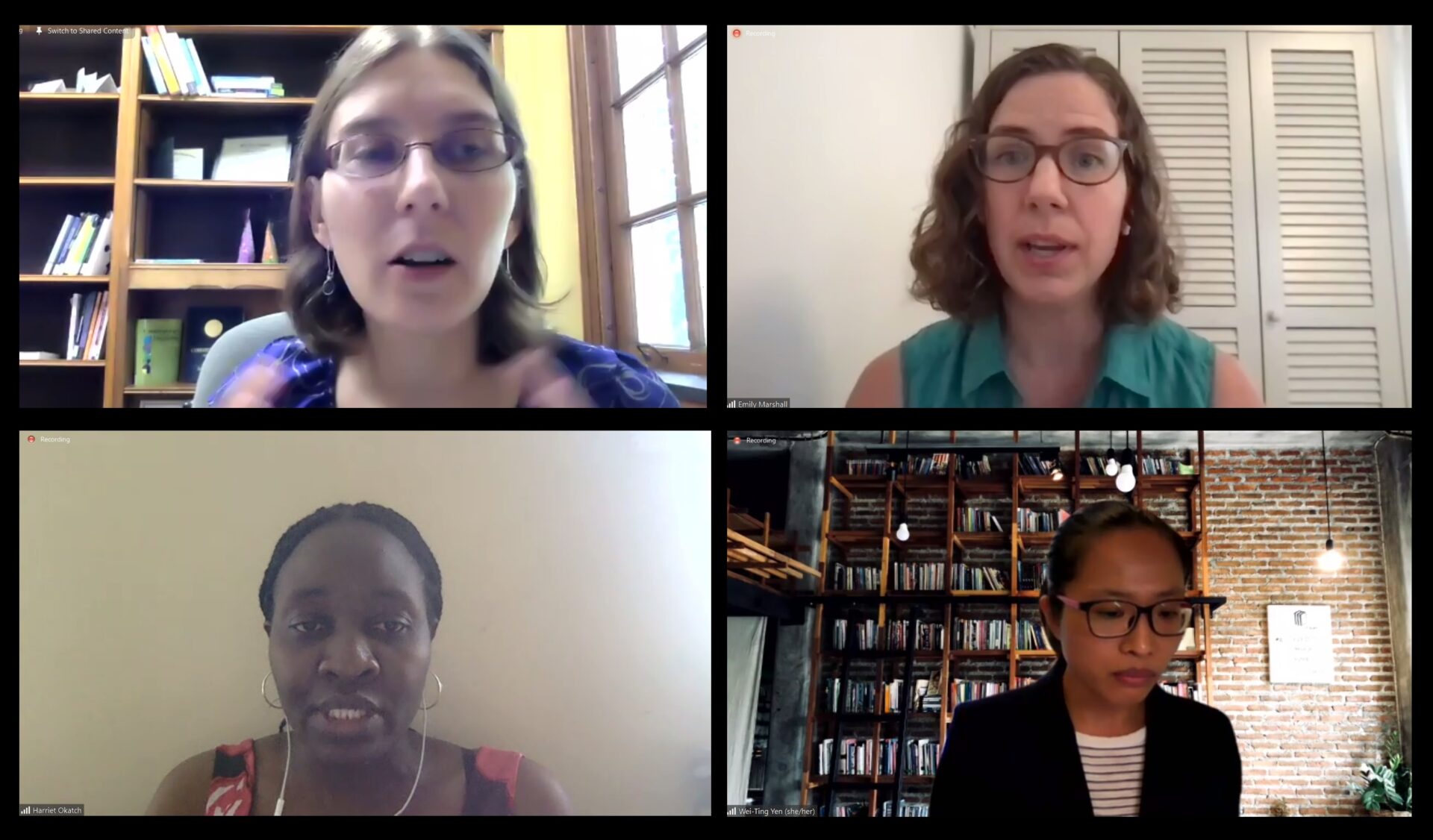 The social and economic impacts of the Covid-19 pandemic are continuing to play out in Lancaster County, particularly among lower-income and minority demographics, researchers from Franklin & Marshall College said Wednesday.

"There have been serious effects and these effects have been distributed unevenly," said Emily Marshall, an assistant professor of sociology and public health.

Marshall and her colleagues took part in a Zoom webinar Wednesday to present the latest results from their surveys of Lancaster County's population. They had previously released findings from fall 2020; Wednesday's update incorporated results from a follow-up round of surveys in March and April.

That kind of drop-off is normal, said Jessica Cox, associate professor of Spanish and linguistics. While it means there's less assurance that the new data can be generalized to Lancaster County as a whole, the results are "still informative," Cox said.

The research was a project of F&M's Center for Sustained Engagement with Lancaster (CSEwL) in partnership with United Way of Lancaster County. (The United Way sponsors One United Lancaster.) Among the results:

• Housing insecurity: 16% of respondents reported "significant" strain paying their rent or mortgage in the previous month, up from 7% last fall and 3% before the pandemic.

• Food insecurity: 6% of respondents reported using food banks or food pantries; of those, 40% had not done so before the pandemic.

• Employment insecurity: Lower-income and minority households, particularly Latino households, were significantly more likely to have experienced job loss and to be worried about job insecurity.

• Psychological stress: Responses to four self-assessments of stress were combined into a scale running from 0 to 16. One-quarter of respondents scored 8 or more, indicating "elevated" stress. Stress was higher in households with unemployed individuals, among younger respondents, among those who took the pandemic more seriously, and among individuals who don't identify as male or female. There were 13% who said they felt more stress this spring than in the pandemic's earlier stages.

• Vaccination: 39% of respondents reported getting vaccinated against Covid-19; of those who hadn't, 57% said they "definitely" or "probably" would if it were offered to them today.

The researchers haven't yet looked at whether those findings correlate with the timeline of the various unemployment and rental relief programs that have been rolled out, said Wei-Ting Yen: assistant professor of government. Doing that analysis should be "a good next step," she said.

Click here to see the reports from the research on Covid-19 impacts conducted by Franklin & Marshall College's Center for Sustained Engagement with Lancaster.

One limitation for the research team was the lack of pre-pandemic baseline data for comparison, said Harriet Okatch, assistant professor of biology and public health. Having those indicators at the county level would allow them to accurately gauge the impact of public health crises.

Still, research shows that many local households were in precarious circumstances before coronavirus hit. That's a point that social welfare advocates have stressed: America's fraying social safety net has left large segments of the population vulnerable, and unless it's shored up, future shocks will be as calamitous, or more so, as the pandemic has been.

Many of those attending the webinar were social service professionals. In the discussion that followed the presentation, they brought up numerous areas of concern: Employment, mental health resources, the digital divide, individuals who double up or couch-surf to avoid homelessness, education equity.

"... We have to continually push pressure, even more so when the times are good, to be asking the questions for those for whom it's not."