Just under two-thirds of Lancaster County residents surveyed last fall said the Covid-19 pandemic was a "very serious" or "somewhat serious" problem for them — but only about half, 48%, said they would definitely get a vaccine if one were available.

Nearly 2 in 5 households (38%) reported a layoff or a reduction in hours due to the pandemic. About the same percentage reported a loss in household income.

Released today by Franklin & Marshall College's Center for Sustained Engagement with Lancaster, the survey paints the most complete picture to date of public attitudes toward Covid-19 in Lancaster County and the pandemic's impact here.

Some of the underwriting was provided by the Center from its funding sources. Additional support came from the United Way of Lancaster County, which secured it from private sources after the county declined to allocate CARES Act funding. (The United Way is the sponsor of One United Lancaster).

The need was clear, United Way President and CEO Kevin Ressler said. Without a Health Department, the county lacked crucial data needed to understand the worst public health crisis in a century.

"We realized that we were flying very blind," he said.

The researchers interviewed a representative sample of Lancaster County residents between September and November — 2,094 individuals in all. Today's release is a preliminary one, and more analysis will follow, said Emily Marshall, assistant professor of sociology and public health at F&M and one of the study's lead investigators.

Among the key results:

In line with other Covid-19 research 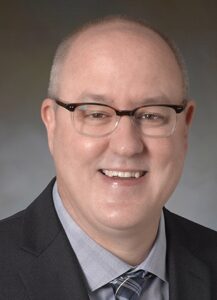 Dr. Jeffrey Martin is chairman of the department of family and community medicine at Lancaster General Health. Martin, who was not involved in the study, said it provides meaningful information that "mirrors what we have seen in other communities."

Martin was encouraged that so many people reported wearing masks, but distressed by the rate of visits to bars, restaurants and other people's households.

"Most of the community spread of Covid-19 right now tends to occur when people gather with persons outside of their family bubble," Martin said, "even in situations where they are practicing social distancing, mask wearing and good hand hygiene.  The best way to protect yourself from Covid-19 is to wear a mask and avoid gatherings where there may be prolonged contact with others outside of your household." 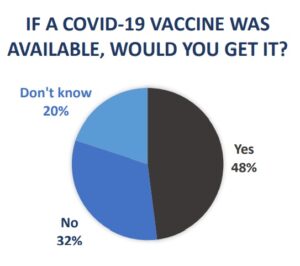 Marshall noted that the survey's dining and visitation questions did not distinguish between indoor events  — which would carry much higher risk — and outdoor ones.

"This is concerning, as we know that effective vaccination of at least 60% of the population will go far toward getting the pandemic under better control, which in turn will help soften the economic impacts," he said.

Overall, the survey shows the need for continued education and outreach, he said.

Franklin & Marshall College's Center for Sustainable Engagement With Lancaster is planning to follow up today's survey release with breakdowns of the findings by race, education and income later this month.

But clear differences could be seen already in many of the results for Lancaster city versus the rest of the county. Among them:

Data on cases and death rates has shown clear differences in Covid-19's impact across racial and ethnic groups. 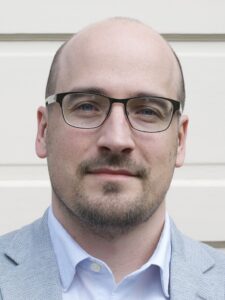 Adam Ozimek is an economist who lives in Lancaster. Like Martin, he agreed the survey results mirror trends seen nationally.

The survey shows that the pandemic's economic damage has been concentrated, he said, with a minority of households  — those who have lost employment and income — bearing the brunt of the fallout.

"Many households and businesses are fine, economically speaking, and indeed some are better than ever. We should focus scarce resources on those who have been harmed most," Ozimek said.

The next few months will likely be "ugly," he said. However, the $900 million stimulus passed in December should help many small businesses and unemployed individuals stay afloat while vaccination ramps up.

Ozimek thinks it's likely there will be an outburst of pent-up demand later in 2021. In particular, he sees potential for a strong rebound in Lancaster County tourism — a potential lifeline for a wide swath of local businesses.

"It may be the most important tourism year of our lifetimes," he said.