Parsons said on social media he received a phone call from Gov. Tom Wolf's office with the news. The commissioner initially said Lancaster County would turn green at 12:01 a.m. Saturday, June 27; he subsequently amended the date to Friday, June 26.

Lancaster County is one of 13 counties still in the state's intermediate "yellow phase." Parsons and other Republicans have strongly criticized the Wolf administration's response to Covid-19, saying it has caused unnecessary economic damage while failing to protect those most vulnerable from the disease.

Wolf and his supporters say Pennsylvania's plan has worked. They point to data indicating that Pennsylvania is among just three states with sustained decreases in Covid-19 cases over 42 days. The other two are Montana and Hawaii. 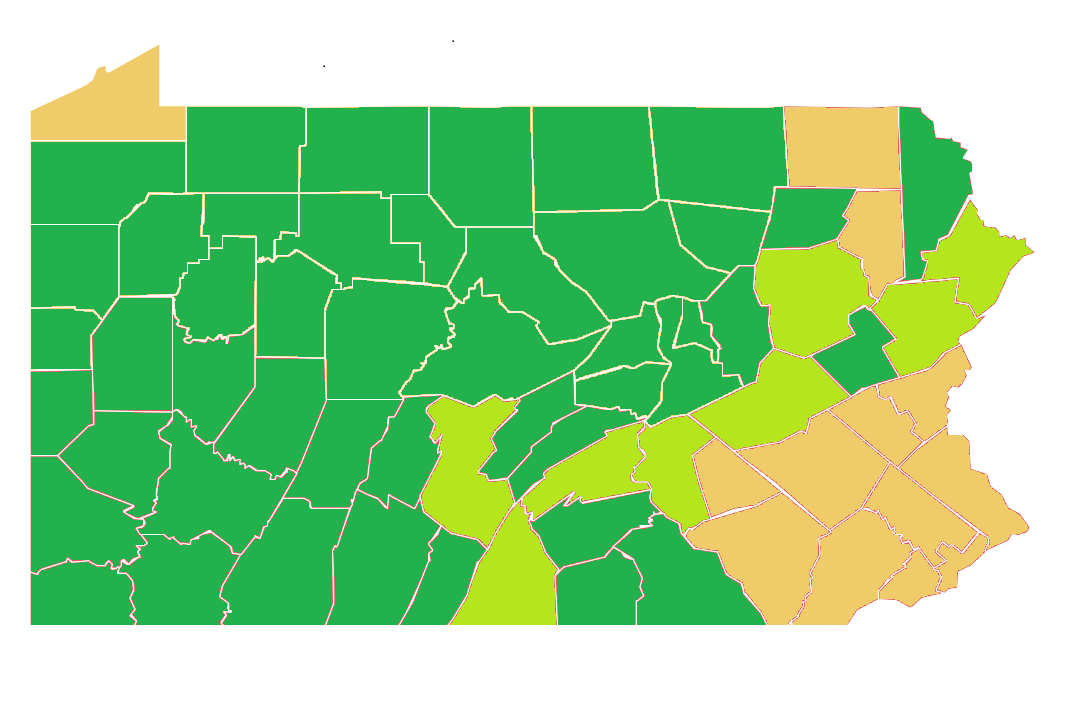 The counties in light green move to Pennsylvania's green phase as of June 19.