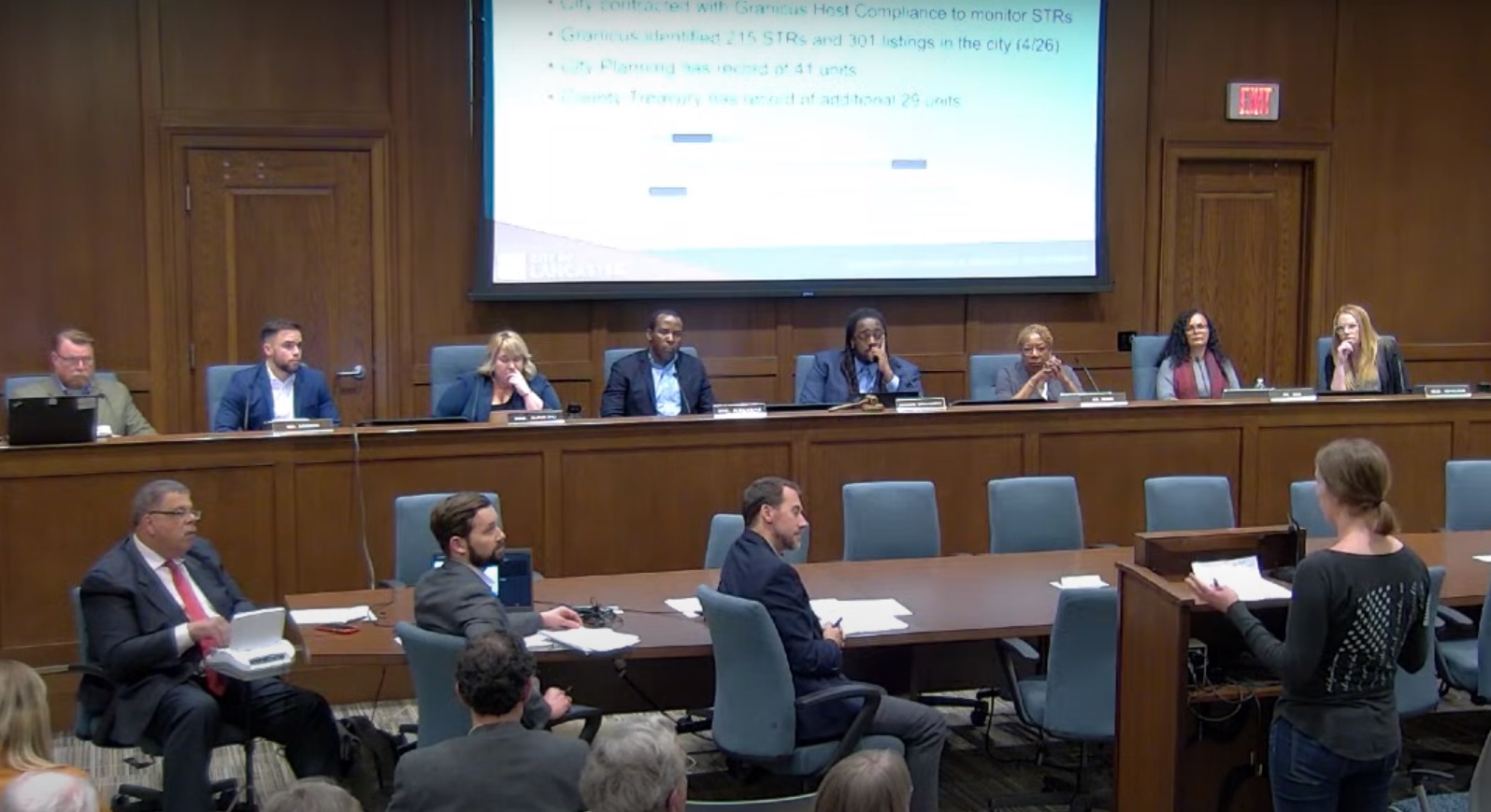 City Council moved a step closer toward amending Lancaster zoning code Tuesday night, holding a required public hearing en route to a planned vote next month on an ordinance that would implement the changes.

Drawing the most public attention were the regulations proposed for Airbnb-style short-term rentals, or "STRs." Numerous residents weighed in, most stressing the importance of not letting the popular business model disrupt the city's housing market and neighborhoods' quality of life.

The city already has a regulatory framework for STRs, but most operate under the radar. Of the more than 200 city STRs identified by Granicus, a firm retained by the city that combs online listing sites, just 41 have registered with City Hall. The county tax office has records of another 29.

At present, Lancaster allows STRs in commercial areas and in the city's R3 (medium density) and R4 (high density) residential districts. Under the new rules, R3 and R4 would be off limits — except that existing STRs could be grandfathered in.

STRs in operation before April 11 could stay in business if they register by May 10, including those in R3 and R4 zones, said Chris Delfs, director of community planning and economic development. Their location aside, they would have to comply with the city's rules: Only single-family homes can be STRs, and they are supposed to be rented as a single unit, not subdivided. They are subject to parking requirements and the city's rental inspection system.

So-called "homestays" are another matter. That's the city's term for the practice of a homeowner renting out a spare bedroom or two. They would be permitted in R3 and R4 neighborhoods (and commercial areas) as long as homeowners provide the city their contact information and have off-street parking for guests. 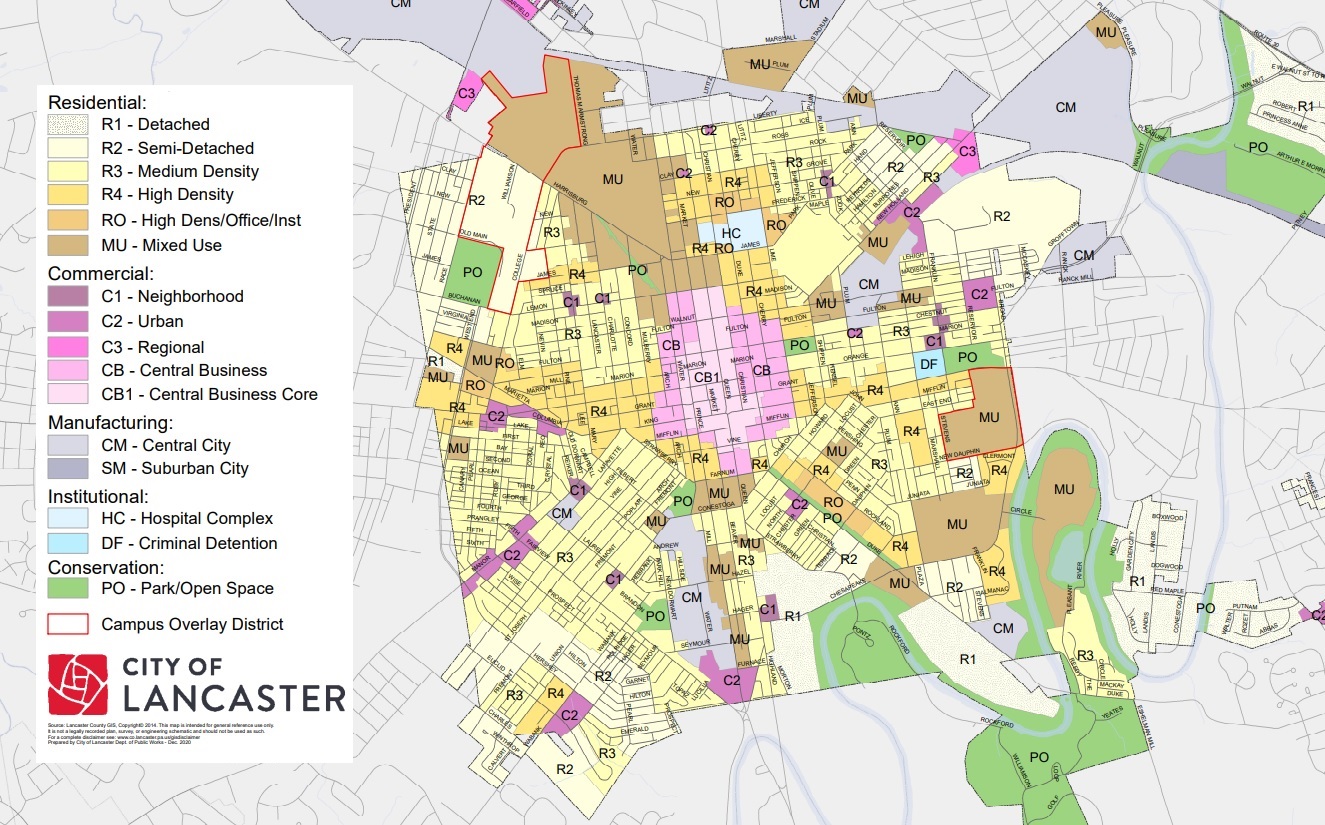 City resident Walt Rowen said the biggest problem with STRs is density — investors carving up houses into multiple units for separate rental. Shutting down that option "covers a lot of the concerns that we have had," he said.

Resident Dena Maounis, however, objected vehemently to the proposed grandfathering scheme. That simply rewards illegal behavior and allows it to continue, she said, raising rents and pushing out long-term residents and harming neighborhoods.

"If we're allowing all of that to happen, our neighbors are gone," she said.

She and other residents cited specific instances of buildings being converted into multi-unit STRs, despite the city's existing prohibition.

Delfs and Chief Planner Douglas Smith said the city will enforce its STRs rules the same way it does the rest of the City Code, issuing citations for violations and referring noncompliance to the court system for further action.

After the meeting, Delfs said most of the unregistered STRs that Granicus found are indeed whole-property STRs rather than "homestays." The city hasn't identified how many are in the R3 and R4 zones.

So far, he said, only a handful have come forward to register ahead of the May 10 deadline.

Resident Gail Scott questioned the rationale for limiting the latter to R3 areas. If it's a good idea — and it is, she said — "then we should do it widely."

The idea was to make a targeted change, Smith said, pending completion of the city's comprehensive plan, which is considering the issue from a broader policy perspective.

City Council is scheduled to vote on the changes on Tuesday, May 10.

Cities across the country have found it challenging to find the balance in regulating STRs, Delfs said. If Council wants to, it could consider acting on the STR provisions separately, he said, also noting that taking action May 10 does not preclude making further changes later.